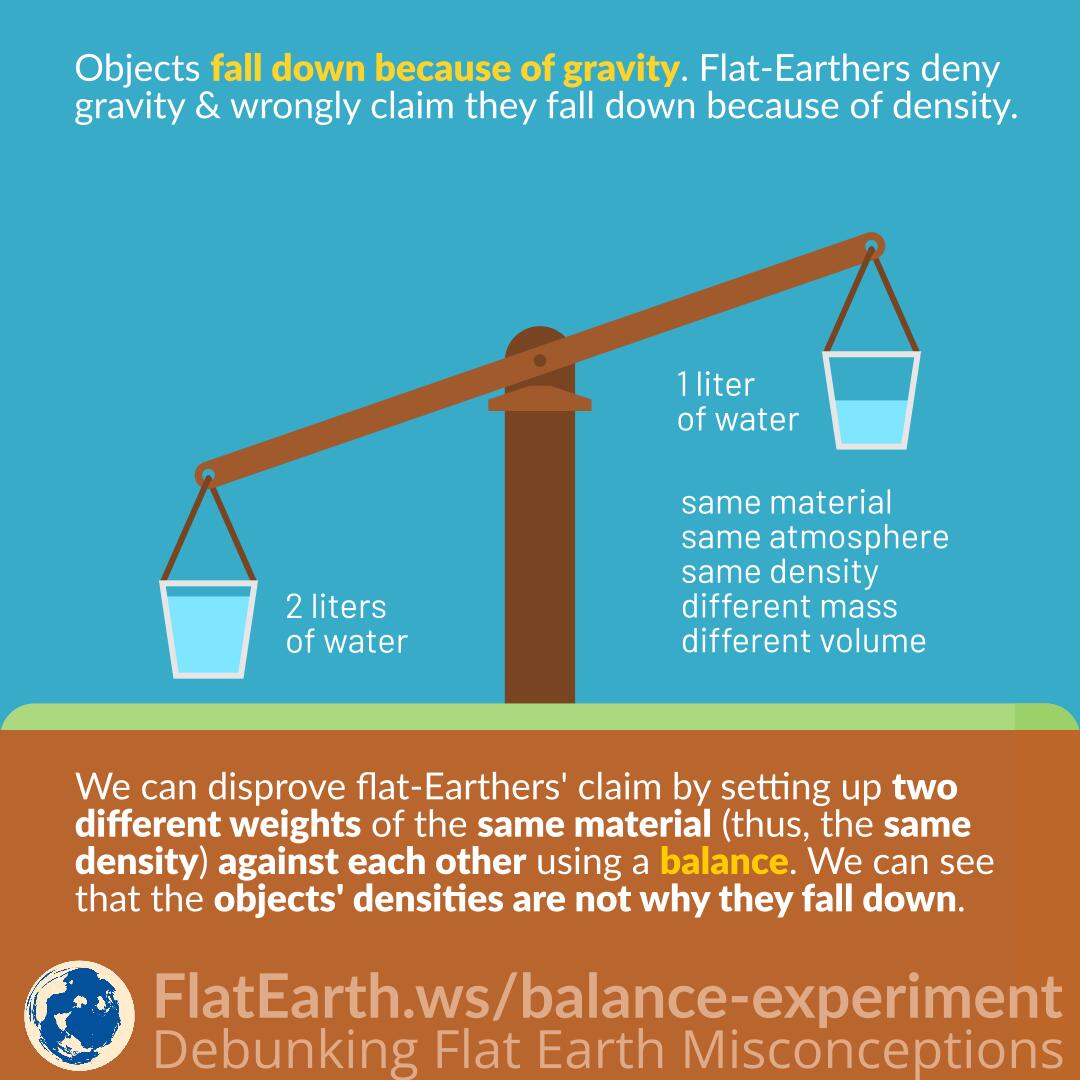 The objects on both sides have the same material (water), the same surrounding atmosphere, and the same density. On the other hand, both have different mass and volume.