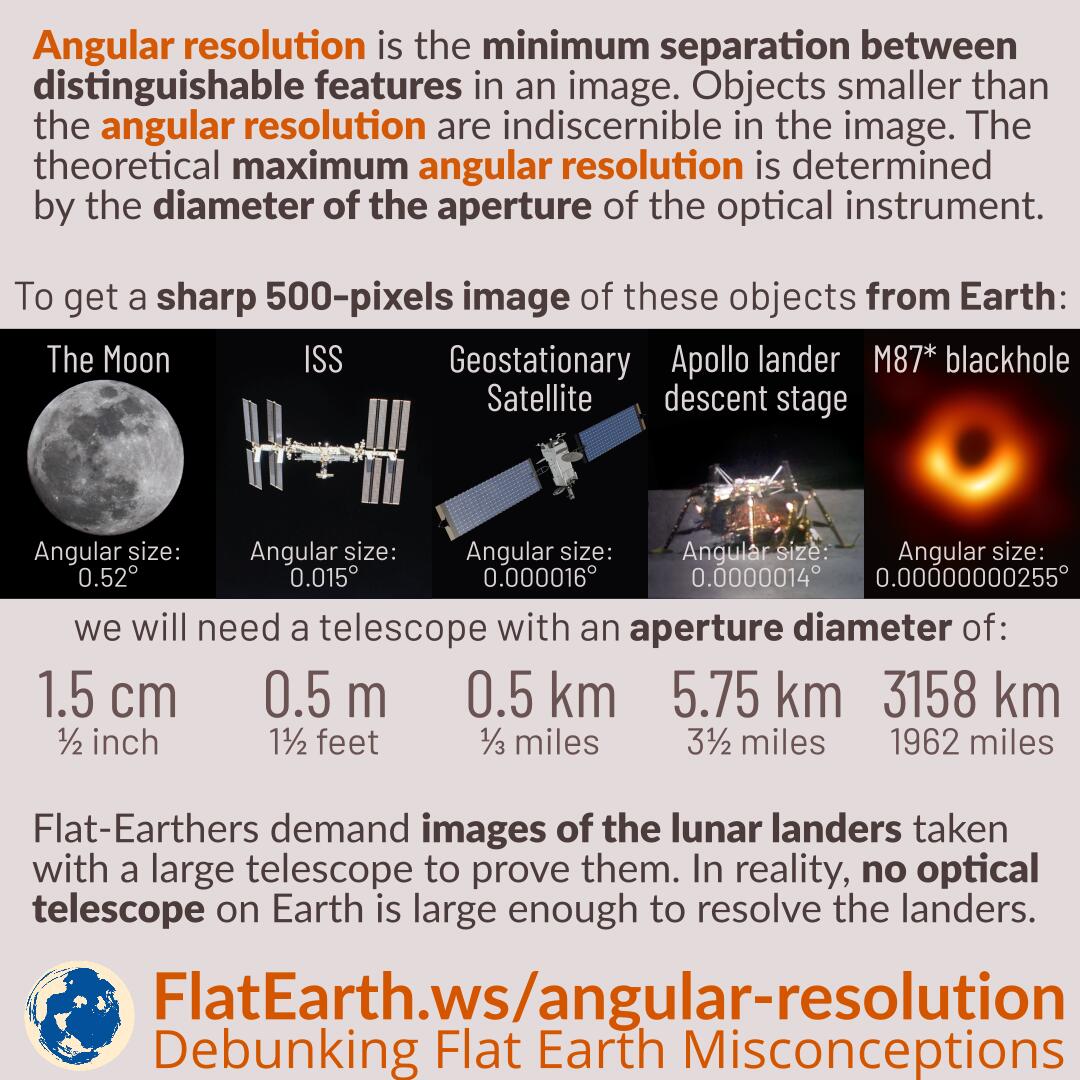 Flat-Earthers like to demand images of the lunar landers taken with a telescope as proof that the Apollo Moon landings did occur. In reality, no optical telescope on Earth is large enough to resolve the landers.

The following are several objects in space, their angular sizes, and the required minimum size of the aperture of a telescope to obtain a sharp 500-pixel image of each object, calculated by the Dawes’ limit.

Therefore, for the P1000 to be able to capture a clear 500-pixels image of an object on the lunar surface, the thing needs to be 805 km wide, or about half the lunar radius.  The Nikon P1000 is not a magical device flat-Earthers purport them to be. At best, it is comparable to the lowest end class of astronomy telescopes. It will not be able to resolve Apollo lunar landers on the lunar surface, just like any Earth-based telescopes, even the best of them. The fact it cannot see the landers is not proof the landers are not there.