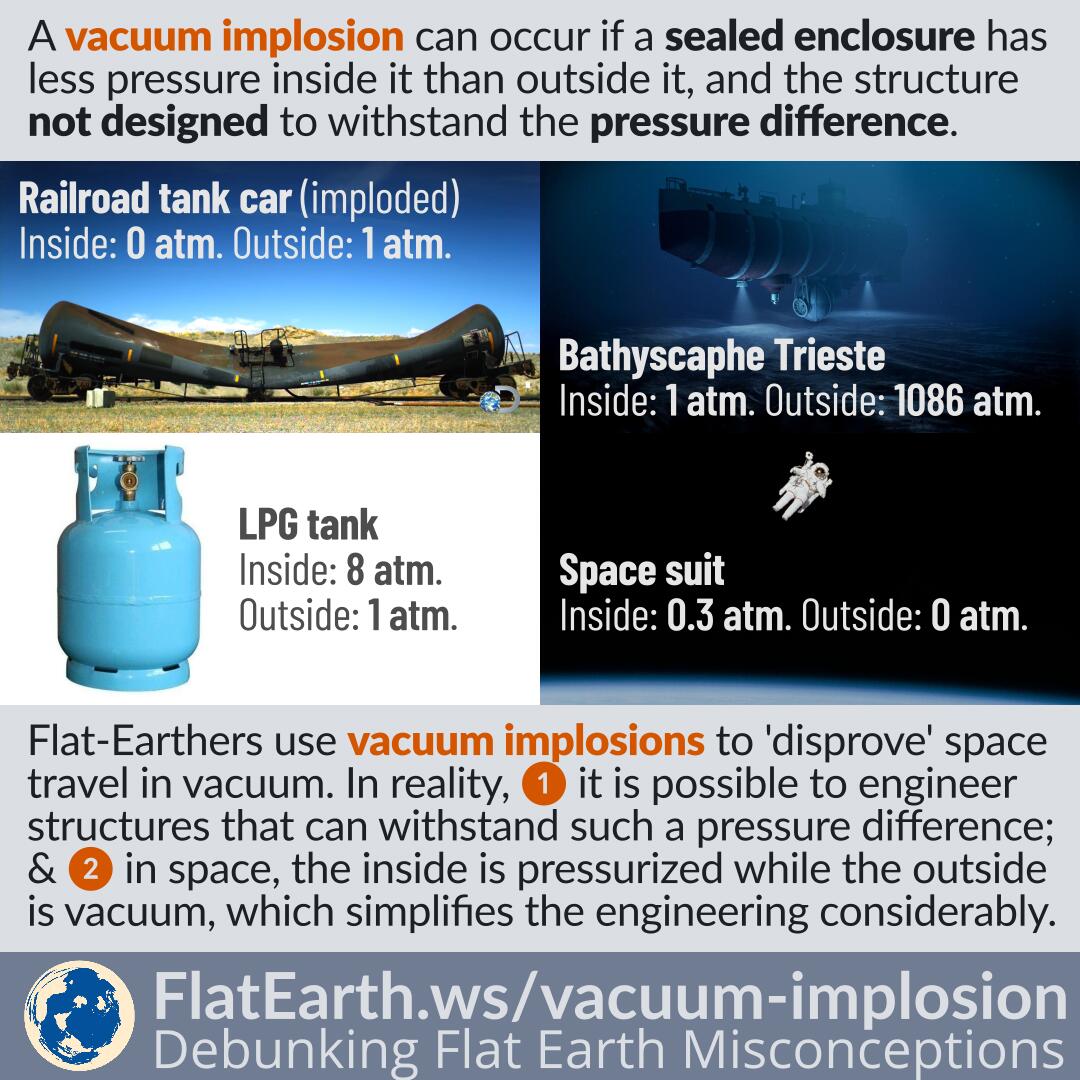 A vacuum implosion can occur if a sealed enclosure has less pressure inside it than outside it, and the structure is not designed to withstand the pressure difference.

Flat-Earthers use vacuum implosions to ‘disprove’ space travel in the vacuum of space. In reality, 1. it is possible to engineer structures that can withstand such a pressure difference; and 2. in space, the inside is pressurized while the outside is a vacuum, which simplifies the engineering considerably.

However, it is not impossible to engineer an enclosure that can withstand such a pressure difference. An extreme example is the Bathyscaphe Trieste that went to the deepest part of the ocean, the Challenger Deep in the Mariana Trench. The pressure outside is 1086 atm, and as such, the pressure difference is more than 1000× in the case of the imploded railroad tank car.

As opposed to the cases of railroad tank car & bathyscaphe Trieste, in the cases of LPG cylinders & spacesuits, the pressure inside is higher than the outside. In such cases, it is easier to engineer the enclosure because ripping materials apart requires more force than to bend them. It is easy to demonstrate that using a rope or wire: bending them is considerably easier than to sever them.