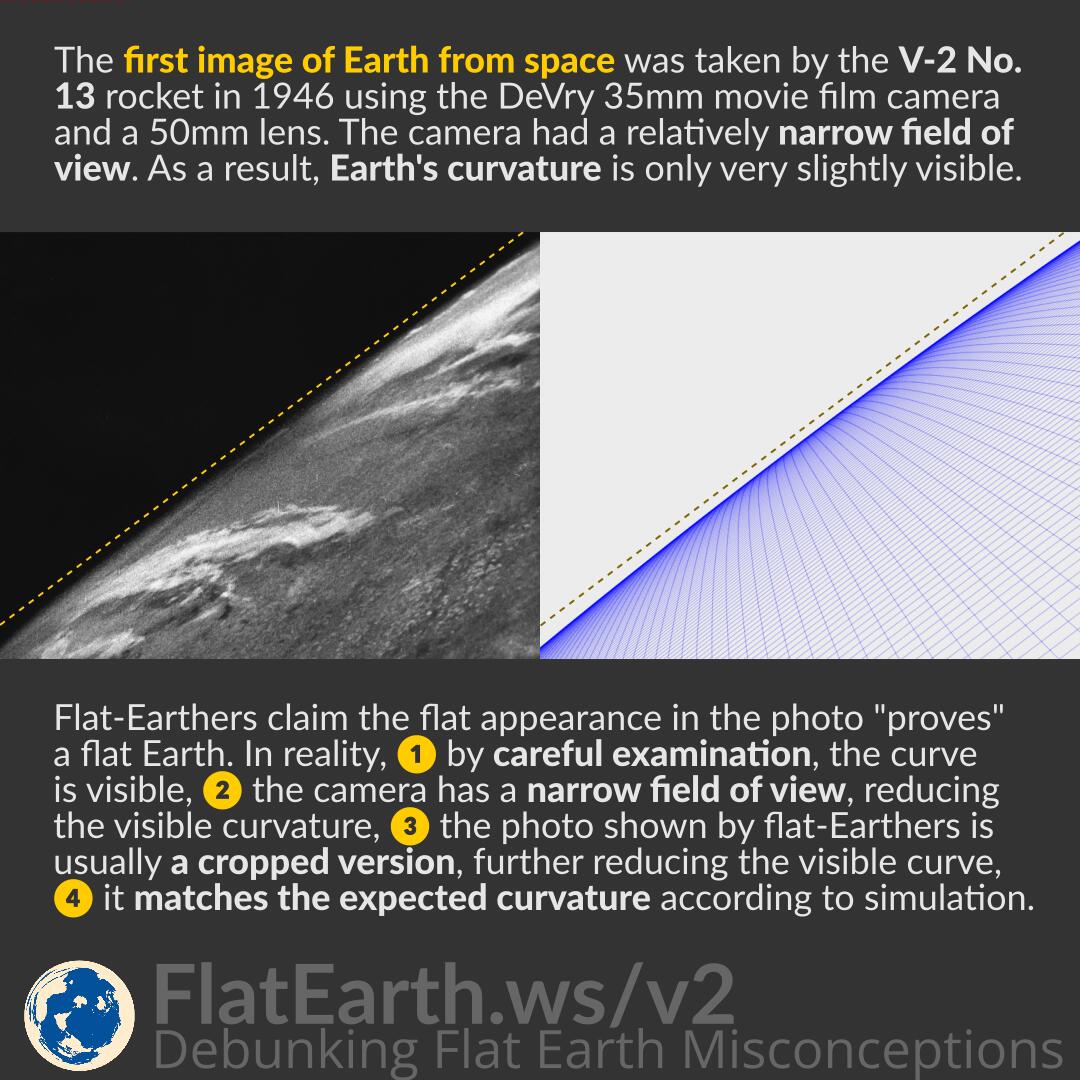 The first image of Earth from space was taken by the V-2 No. 13 rocket in 1946 using the DeFry 35mm movie film camera and a 50mm lens attached to the rocket. The camera had a relatively narrow field of view. As a result, Earth’s curvature is only very slightly visible.

The camera used to take the photo was a 35mm movie film camera. It has a crop factor of approximately 1.5x. As a result, the attached 50mm camera would have an effective field of view equivalent to a ~75mm lens attached to a 35mm still camera. We can use this figure and the rocket’s altitude to determine the expected curvature from a simulation. And the result perfectly matches the photo.