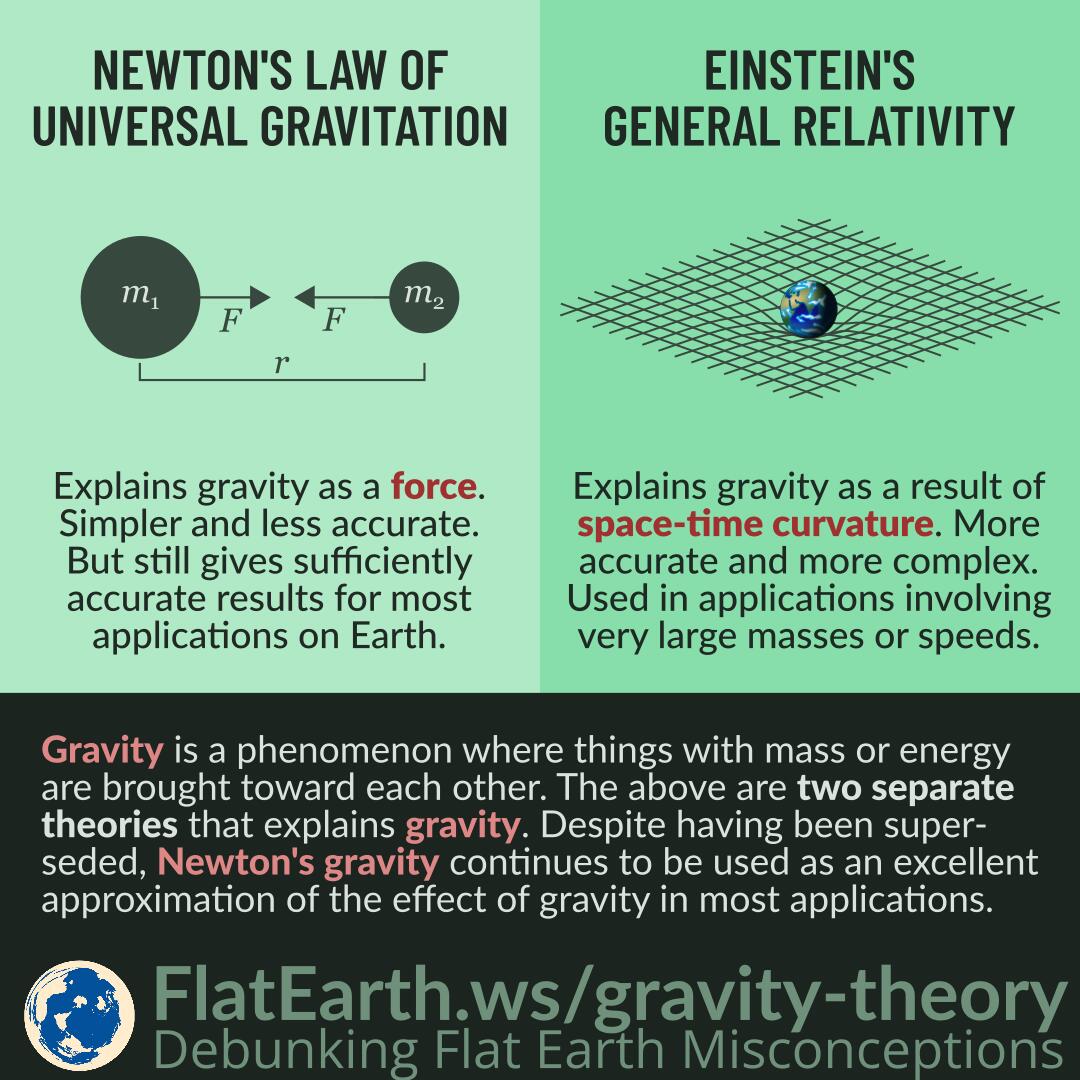 Gravity is a natural phenomenon by which all things with mass or energy are brought toward one another. Today, gravity is explained by two theories: Newton’s law of universal gravitation and Einstein’s general relativity.

Flat-Earthers treat the existence of the two theories as a supposed conflict, and they use it as “evidence” of wrongdoing. In reality, these are two separate theories that explain the phenomenon of gravity. Einstein’s is more accurate yet more complex. In contrast, Newton’s is simpler but less accurate. Despite having been superseded, Newton’s gravity continues to be used as an excellent approximation of the effect of gravity in most applications.

There are very few cases involving gravity in our everyday lives on Earth that Newton’s law of universal gravitation gives an inaccurate result. It is why Newton’s law of gravity is still used in most situations in our lives.