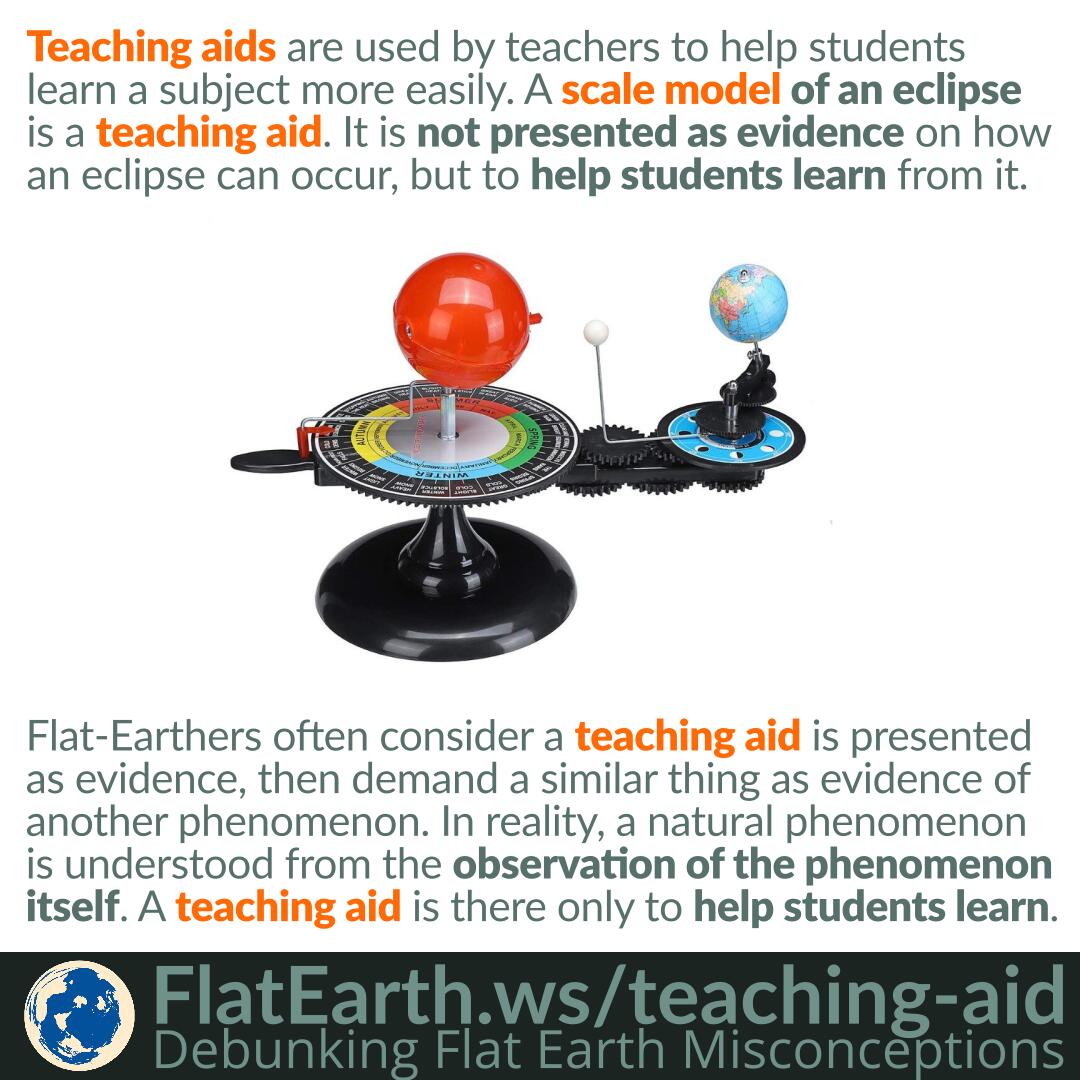 Flat-Earthers often incorrectly consider a teaching aid is presented as if it is evidence of a phenomenon, then demand a similar thing as “evidence” of another phenomenon. In reality, a natural phenomenon is studied from the observation of the phenomenon itself. A teaching aid is there merely to help students learn.

On other occasions, flat-Earthers would attempt to discredit some scientific concepts by pointing out the discrepancies in the teaching aid from the actual phenomenon. They would demand “better evidence” that fixes the “problem” or even attempt to build one themselves. However, these are no substitute for real observation of the actual phenomenon itself.

In some cases, like gravity, it is impossible to make a scale model for it. Flat-Earthers would consider such a lack of scale model as a “lack of evidence” of gravity.

From our observation and interview with some flat-Earthers, it appears that their insistence about scale models and analogies might have arrived from their misunderstanding about the purpose of teaching aids in schools. Many of them did attend school but never had a chance to apply their knowledge in the real world or obtain knowledge from actual observations or experiments. Combined with the emotions inherent in these communities, it results in such the behavior we often see exhibited by flat-Earthers.