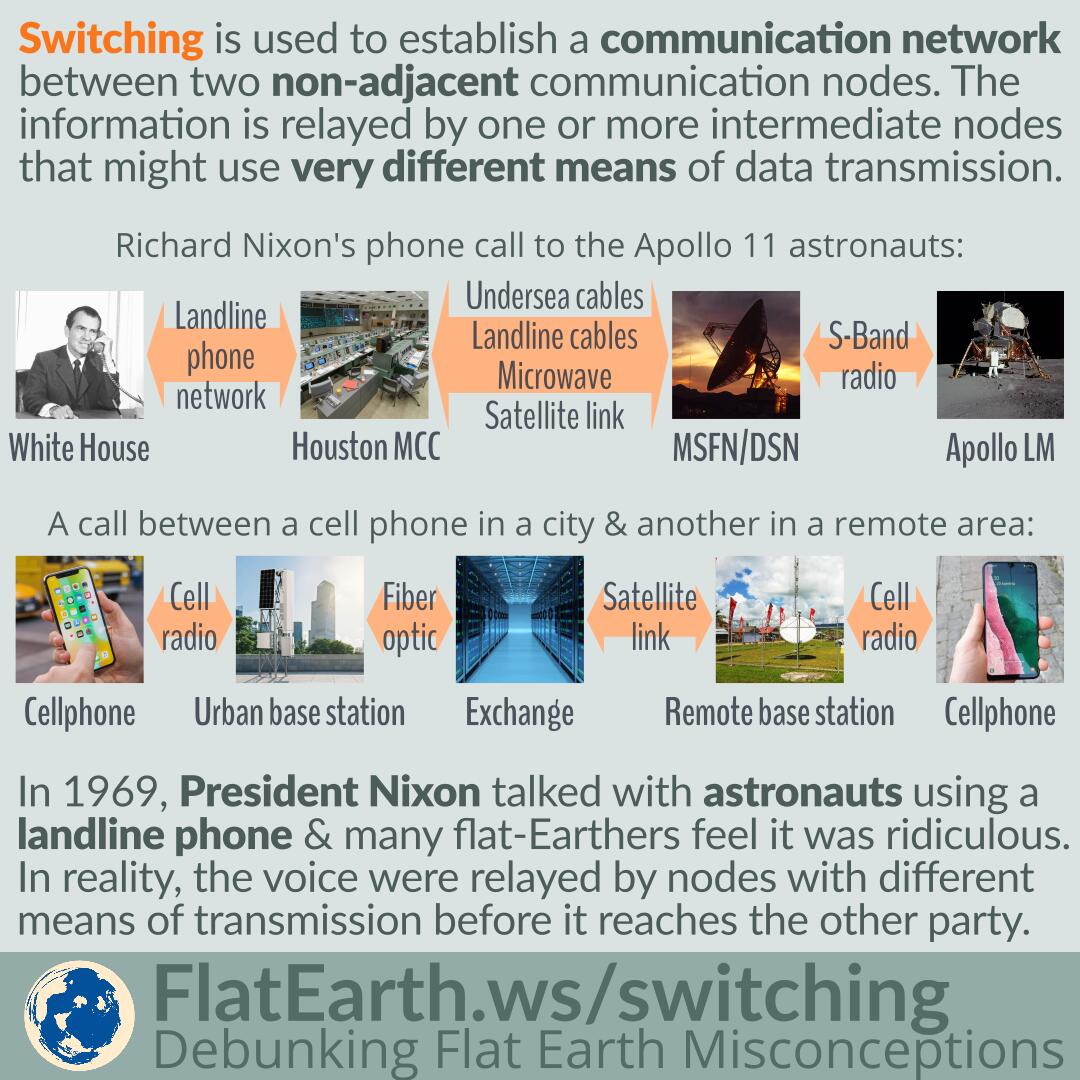 Switching is used to establish a telecommunication network between two non-adjacent communication nodes. The information is relayed by one or more intermediate nodes that might use very different means of data transmission.

In 1969, President Richard Nixon called the Apollo 11 astronauts from the White House using a landline phone. Flat-Earthers regard the fact as ridiculous. According to them, if we cannot reliably make a phone call to the next room, then it must have been impossible for President Nixon to make a phone call to a location 384000 km away using a corded phone. Such allegation only stems from their lack of understanding of telecommunication.

There is no cable stretching from the White House to the Moon. The phone in the White House is connected using a phone network to the MCC in Houston. In turn, Houston is connected to the MSFN/DSN network spread around the world using various types of data transmission, including undersea cables, landline cables, satellite, and microwave. Then, the MSFN/DSN communicated with the Apollo CSM and LM using radio transmission.

The communication between Nixon and Neil Armstrong can only occur if all the intermediate nodes are active and connected. If one is disconnected, then the conversation will be impossible. The same thing happens with cell phones. If one phone cannot link to a base station, then it will not be able to contact another phone, and vice versa, even if both phones are next to each other.