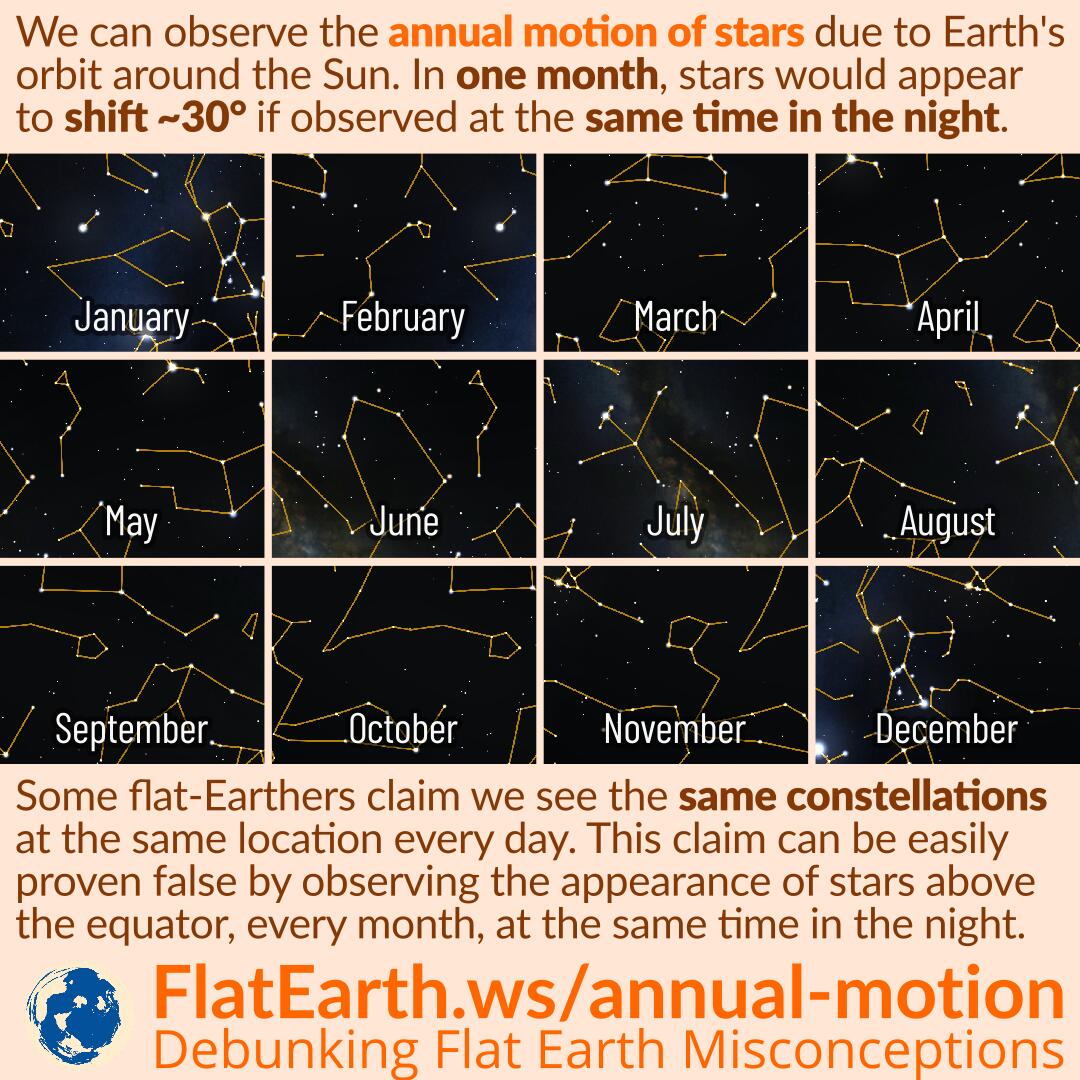 On each day, we can observe stars to drift about 1° in their motion around the celestial pole. In a month, they will appear to have moved about 30° when observed at the same time in the night. In a year, they will be back to their original positions as the same day in the previous year. The observation is the basis of the solar calendar system we are using today.

Some flat-Earthers claimed that the stars appear the same every night, and they would erroneously conclude that the Earth is stationary. In reality, stars are shifting about 1° every day.

The observation of the annual motion of stars is the basis of the solar calendar system. It uses the cycle of the Sun’s apparent motion relative to distant stars.

Stars’ annual motion can be regarded as indirect evidence of Earth’s movement around the sun, although it takes more than this single evidence to prove heliocentrism.

On a related note, the Sun is also in motion with respect to the Milky Way. Flat-Earthers like to use the fact as an excuse to dismiss the information explained here. In reality, any stars are too far to affect the observation. The Earth-Sun distance is minuscule compared to the distance to any stars. The closest star, Proxima Centauri, is 268000× farther than the Sun.