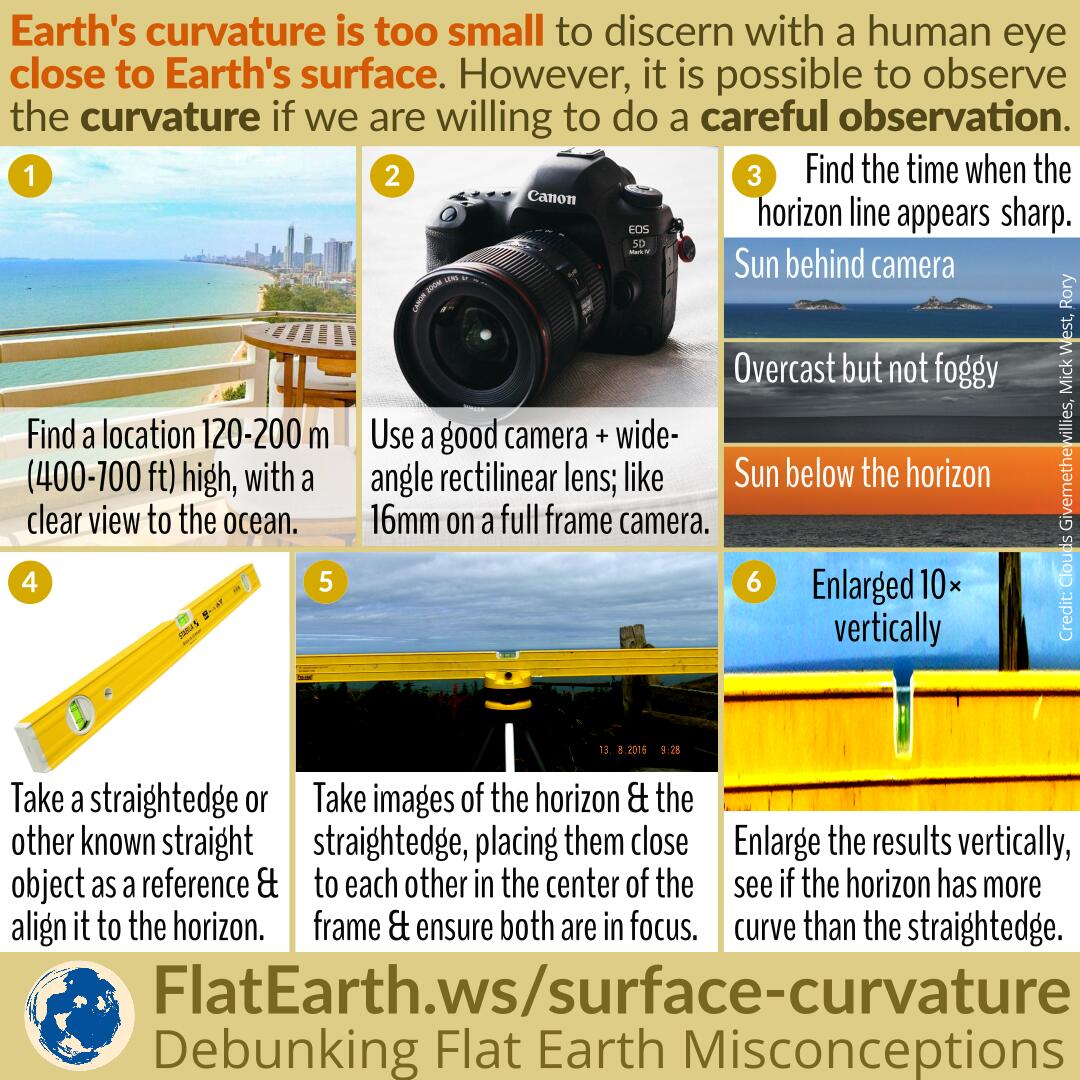 Observing Earth’s curvature is more difficult when we are too close to Earth’s surface. The highest place within reach of the general public is a commercial passenger flight. Even then, it is still difficult to casually discern the curvature of the Earth from an airplane. With some effort, it is possible to observe the curve of the Earth from a location closer to the surface, as long as we are willing to do some planning and careful observation.

Find a location about 120-200m (400-700 ft) above sea level, with a clear, unobstructed view to the ocean. Example: a high-rise building next to an ocean; or a hill/cliff overlooking the sea.

Use a high-quality DSLR/mirrorless camera. The more the resolution, the better it would do the job. Use an ultra-wide-angle lens, such as 16 mm on a full-frame camera, or 10 mm on a crop camera. A professional-grade lens has higher quality than a consumer-class one, especially in distortion handling, which is essential in this case.

Find the time where the horizon line appears sharp, clearly defined, and not blurred. For example, when the Sun is behind the camera, when it is overcast but not foggy, or just after sunset.