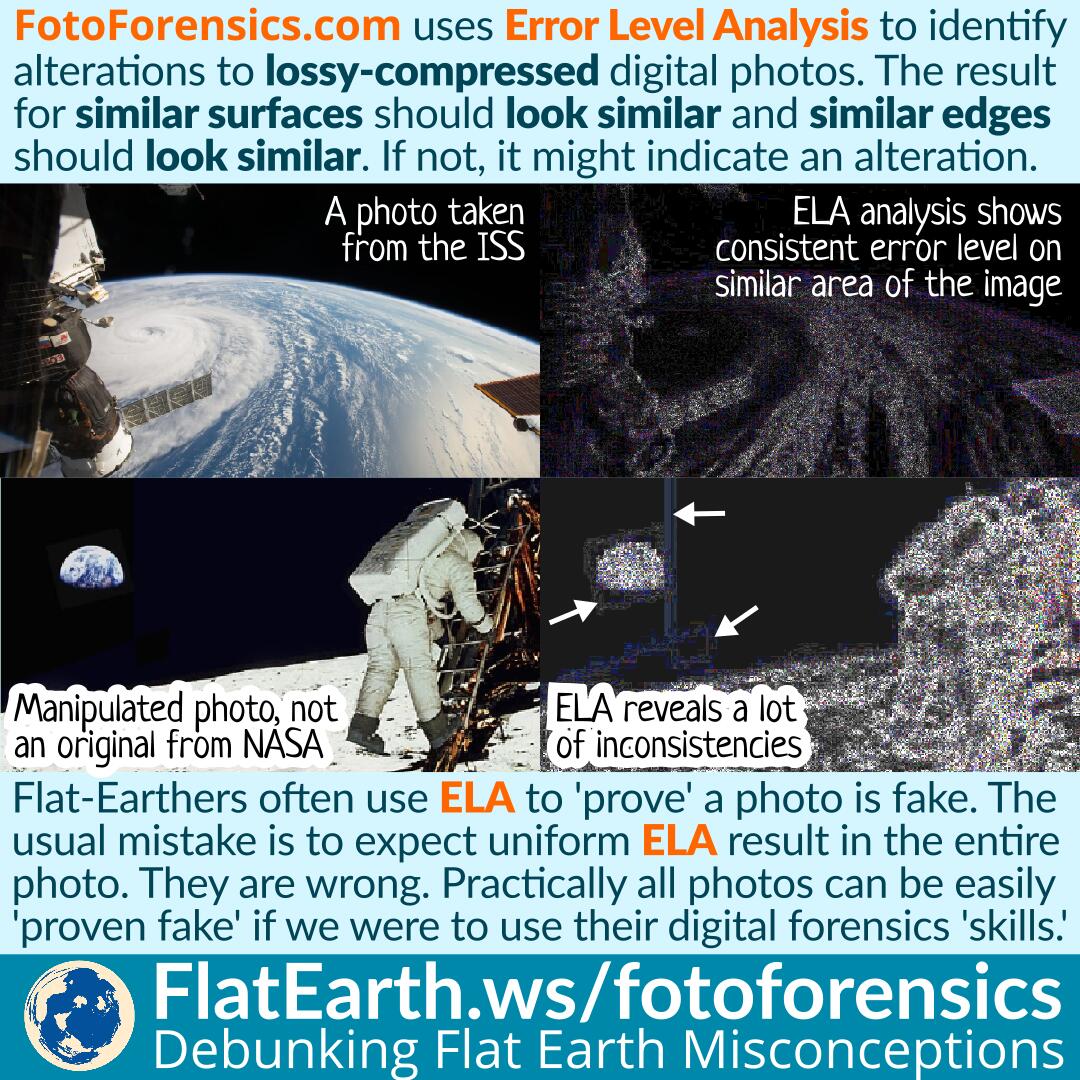 An online digital photo forensics tool like FotoForensics.com uses Error Level Analysis (ELA) to discover the error level differences on a photograph that was saved using a lossy compression algorithm, like JPEG. ELA algorithm enables us to determine if a photo was digitally modified. Similar surfaces and similar edges should appear similar under ELA. If not, it might indicate a digital manipulation.

Flat-Earthers like to use ELA to ‘prove’ a photo has been tampered with. It occurs because they do not understand how ELA works. Most of them appear to assume if the picture is an original, it would show a uniform ELA. Using such a digital forensic ‘skill’, we can actually ‘prove’ all digital photos as fake.

When a picture is saved in the JPEG format, it will lose some data. ELA tries to detect the errors due to the loss of data. If a JPEG image is pasted to another JPEG image, then the result will have a different level of errors. In many cases, ELA can reveal such type of manipulation.

ELA is simply a tool; it does not tell us if a photo was the result of manipulation. To determine if a photo has been manipulated, we need to have the knowledge on how to use the tool. ELA will only detect the error level if a picture is saved using the JPEG format. It will not tell us anything if the entire process did not involve the saving to the JPEG format.

Digital image forensics is a complex topic. It is not as easy as purported by some flat-Earthers.