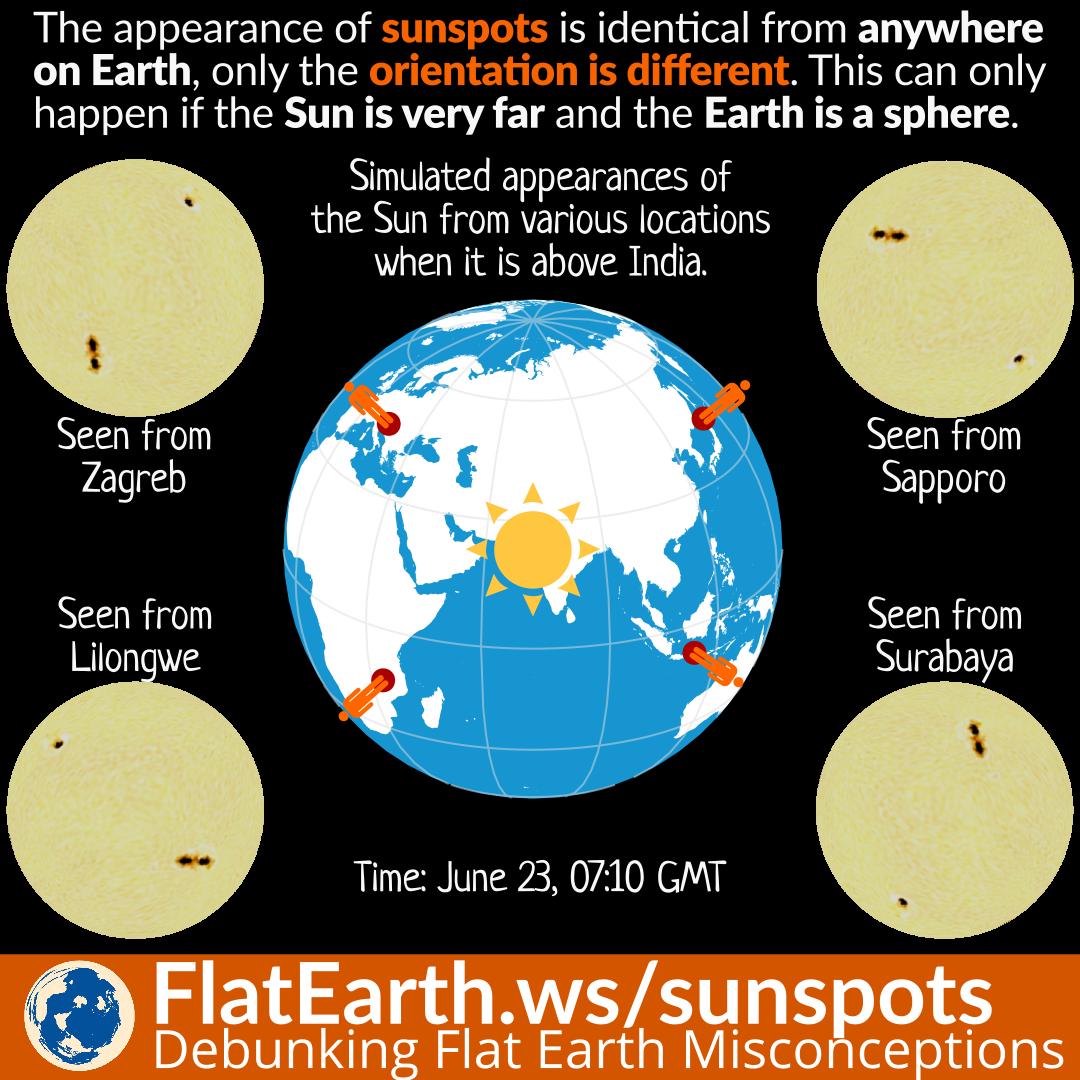 Sunspots are darker spots on the surface of the Sun. The location where sunspots appear is unpredictable, but the appearance of sunspots is always the same when observed from anywhere on Earth; only the orientation is different on different observer location. Observers on the opposite position on the Earth will see the sunspots reversed. The reason is that the Earth is a sphere. Any two observers on Earth’s surface are not standing on the same plane.