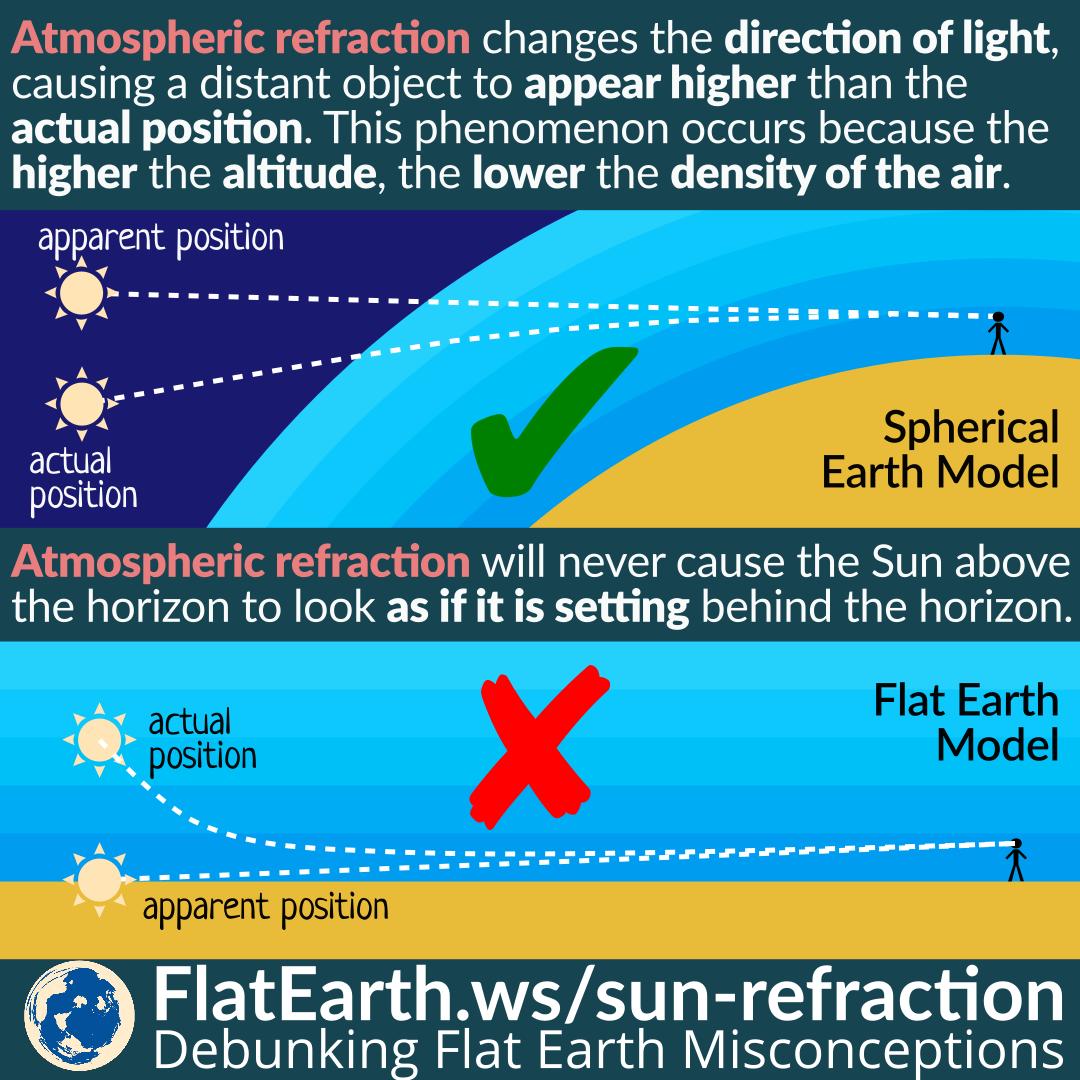 If the Earth is flat, then the Sun would have been visible from the entire Earth, but that’s not the reality. So, to rescue the concept of the flat-Earth from being falsified, they invented an ad-hoc hypothesis that the Sun appears to set because of perspective and refraction.

And those aren’t all. Even if atmospheric refraction behaves like they want it to, they still need to explain why a sunset has a clearly defined boundary between the obstructed part and the visible part of the Sun. And at the same time, the ground is practically unaffected by refraction at all. No, it is not possible the Sun above the horizon to appear to set behind the horizon.

All this time, both refraction and perspective are abused by flat-Earthers as technobabble. Two sophisticated scientific-sounding terms along with the related “demonstration” are being used to dazzle the unsuspecting crowd. In reality, both cannot explain the everyday phenomenon of sunrise and sunset in the flat-Earth model. Not even close.