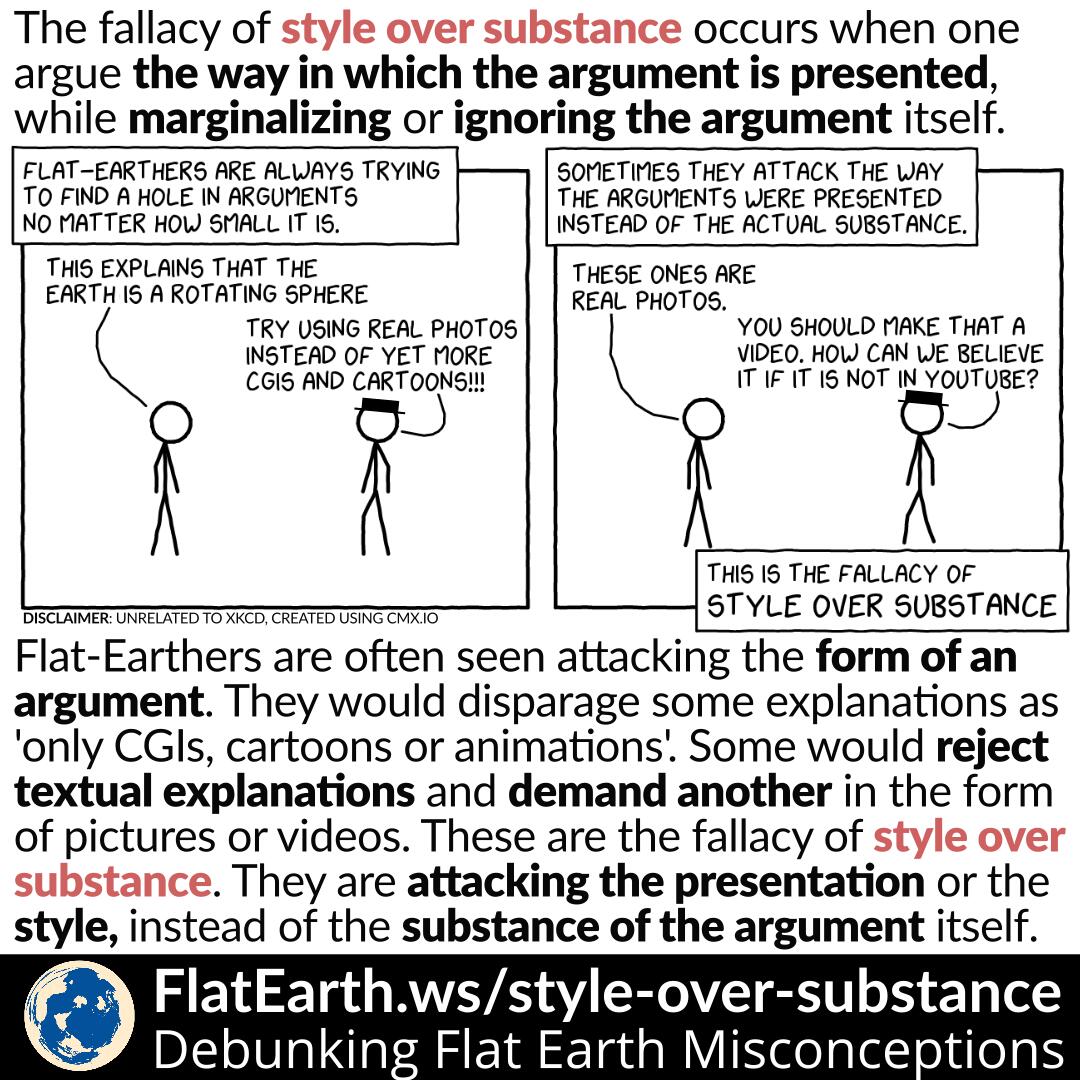 The fallacy of style over substance occurs when one argue the way in which the argument is presented while marginalizing or ignoring the argument itself.

Flat-Earthers are often seen dismissing an argument only because of the way it is presented, and thus, committing the style over substance fallacy.

In a discussion, flat-Earthers are often seen attacking the way in which an argument is presented. They would often say things like “only a CGI”, “more cartoon!”, or “only an animation”, and then completely ignore the content of the argument itself.

Naturally, from the way in which an argument is presented, we cannot conclude the validity of the argument itself.

The contrary is also true. Some flat-Earther perpetrators appealingly presented their arguments. Many became a victim of flat-Earth because of the way it is being presented, not because what they are saying is true.

We can go back to the middle of the 19th century and see how Samuel Rowbotham spread the flat-Earth theory into the minds of people. He would go around Britain lecturing the notion of flat Earth, making many impressive, but wrong, pseudoscientific claims. And many of the listeners who knew nothing about astronomy were swayed by his technobabble.

These days, many flat-Earth perpetrators are doing the same thing. They would create many appealing videos, presenting their arguments by repeating various technical jargon, so that to the uninitiated their presentations would appear impressive. It is important to remain critical and alert to such techniques of persuasion made by the unscrupulous perpetrators of flat-Earth.