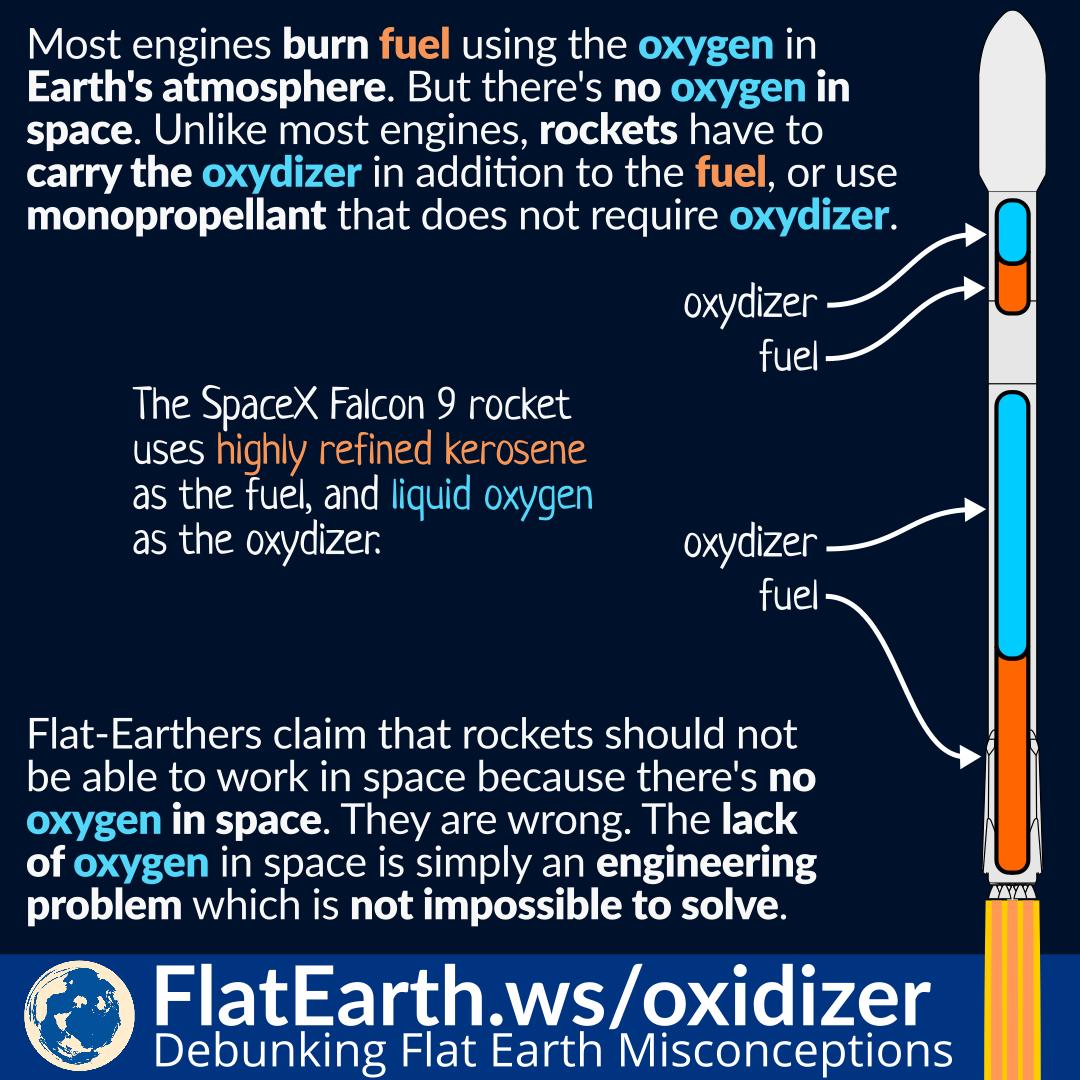 Most combustion engines work with oxygen from Earth’s atmosphere as its oxidizing agent in the combustion process. But in the case of rockets, there’s no oxygen in space. It would have to bring the oxidizer in addition to its fuel or use monopropellant which doesn’t require an oxidizer.

Flat-Earthers claim rockets should not be able to work in space because there’s no oxygen in space. They are wrong. The lack of oxygen in space is merely an engineering problem which is not impossible to solve. Rockets are engineered to carry its oxidizer or utilize monopropellant which does not require an oxidizer.

The SpaceX Falcon 9 rocket uses highly refined kerosene as its fuel and liquid oxygen as the oxidizer. Both are stored in separate tanks, each connected to the engine.

Many satellites use hydrazine-based propulsion engine. Hydrazine is monopropellant. It does not require a separate oxidizer. Monopropellant releases energy through exothermic chemical decomposition, aided by the use of a catalyst.

The lack of oxygen in space does not mean we can only lament such fate. The fact is merely an engineering challenge which is not impossible to find the solution.