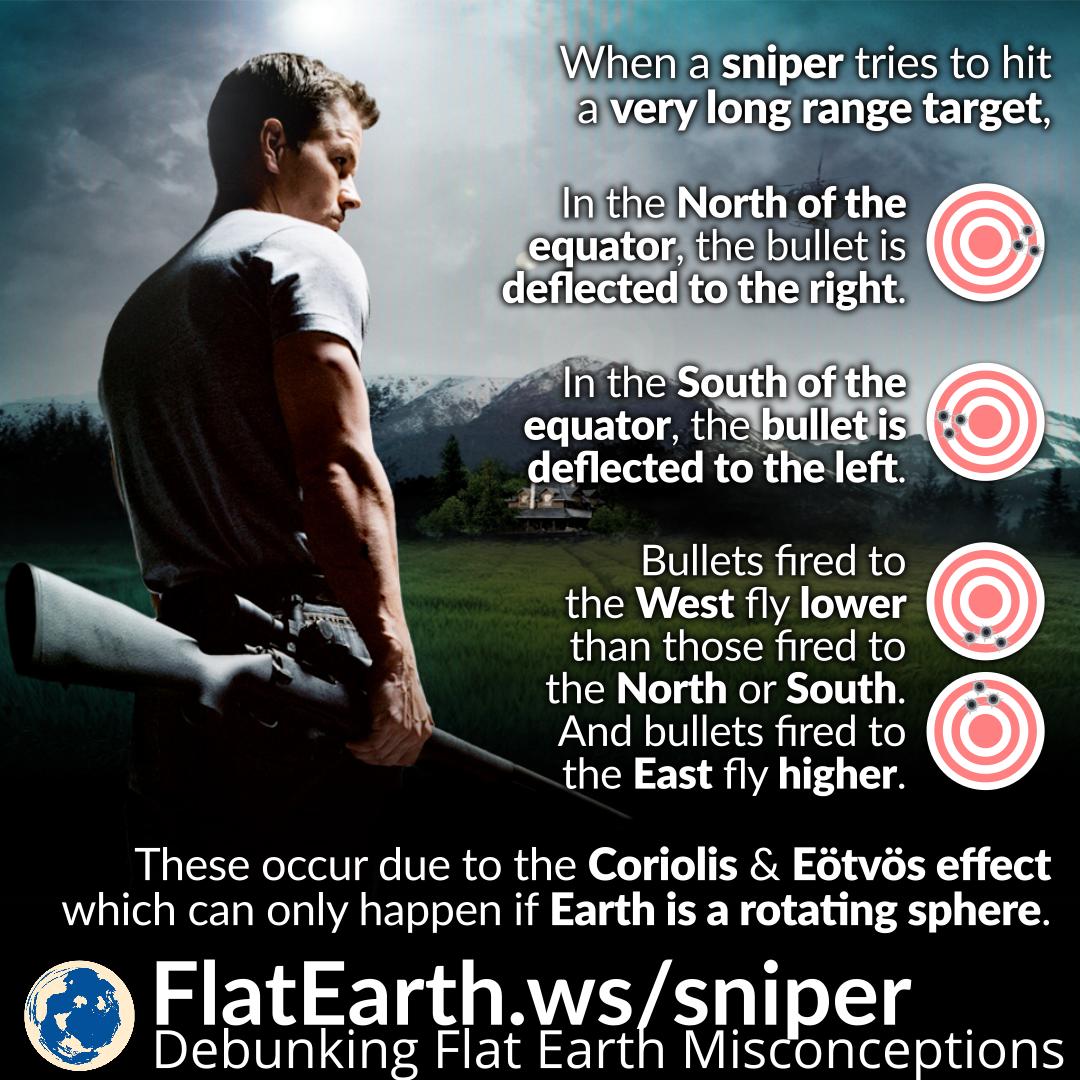 The phenomenon occurs because the Earth is spherical and rotating.

This phenomenon occurs because of the Coriolis effect which in turn caused by the fact that the Earth is a rotating sphere. The farther the shooter from the equator, the higher the amount of deflection.

Another related effect is the Eötvös effect. The bullet is not going to stay straight forever. It will drop and hit the target lower than what was aimed at. The amount of drop is higher for bullets fired to the West than ones shot to the East.

Such a phenomenon is also the result of the fact that the Earth is a rotating sphere. A bullet fired to the West has a smaller centrifugal force and would have higher effective weight than bullets fired to the East.