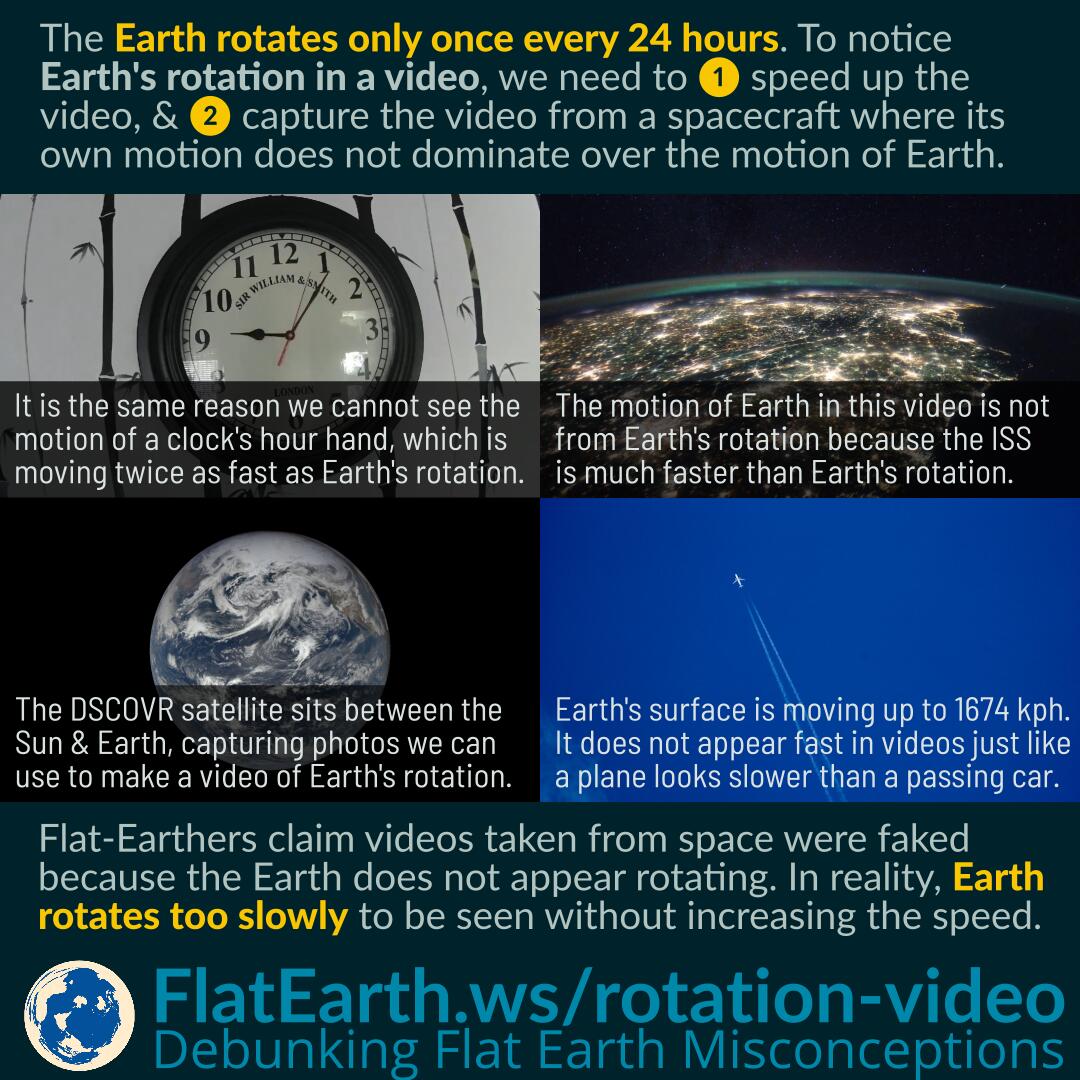 The Earth rotates only once every 24 hours. To notice the rotation of Earth in a video taken from space, we need to speed up the video so that it appears fast enough for us to notice it. We also need to make sure the video was taken from a spacecraft where its motion does not dominate over the movement of Earth itself.

Flat-Earthers claim that videos taken from space were faked because the Earth does not appear rotating. In reality, Earth rotates far too slowly to be casually seen without increasing the speed.

The DCSOVR satellite sits on the Earth-Sun Lagrange point L1 right between Earth and Sun. From its position, Earth will appear to rotate once in 24 hours. We can use the pictures taken by the DSCOVR satellite to generate a time-lapse video of Earth’s rotation.

While Earth’s surface moves up to 1674 km/h on the equator, it does not appear to move fast in videos the same way an airplane moving at 900 km/h seems to be slower than a passing car moving at 30 km/h.