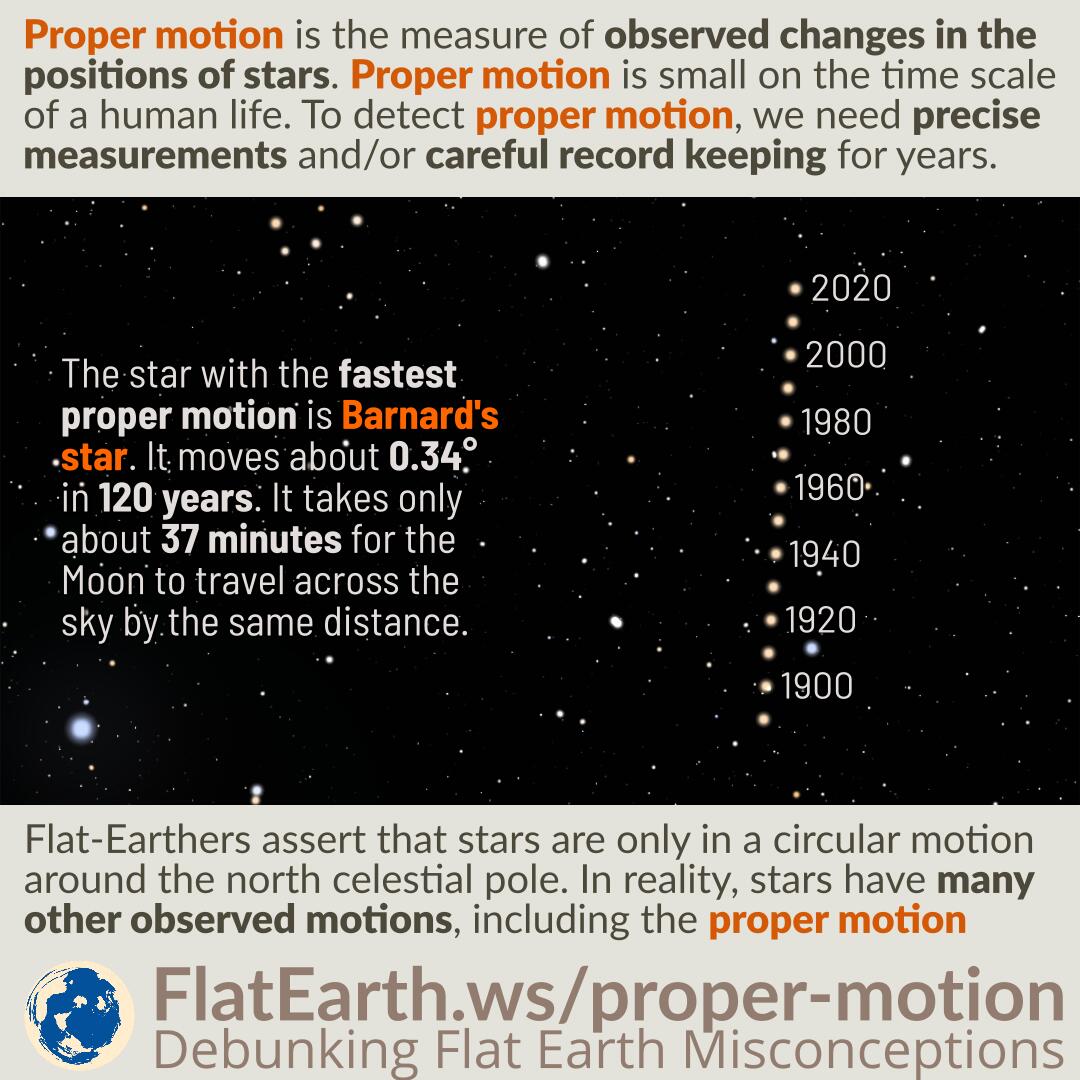 Proper motion is the apparent motion of stars, caused by the movement of the stars themselves, relative to the solar system. Stars will appear to shift over time, relative to other, more distant stars.

Flat-Earthers assume stars are only in motion around Polaris, or the north celestial pole. They are wrong. Stars have other apparent movements, one of which is proper motion.

Barnard’s Star is the star with the highest proper motion. This star is moving at 10.3 arcseconds/year. Or, in 120 years, it would move about 0.34° from its original position. For comparison, the Moon needs only 37 minutes to travel across the sky by the same distance.

Proper motion is too small to notice in the time scale of human life, but it does not mean proper motion does not occur.