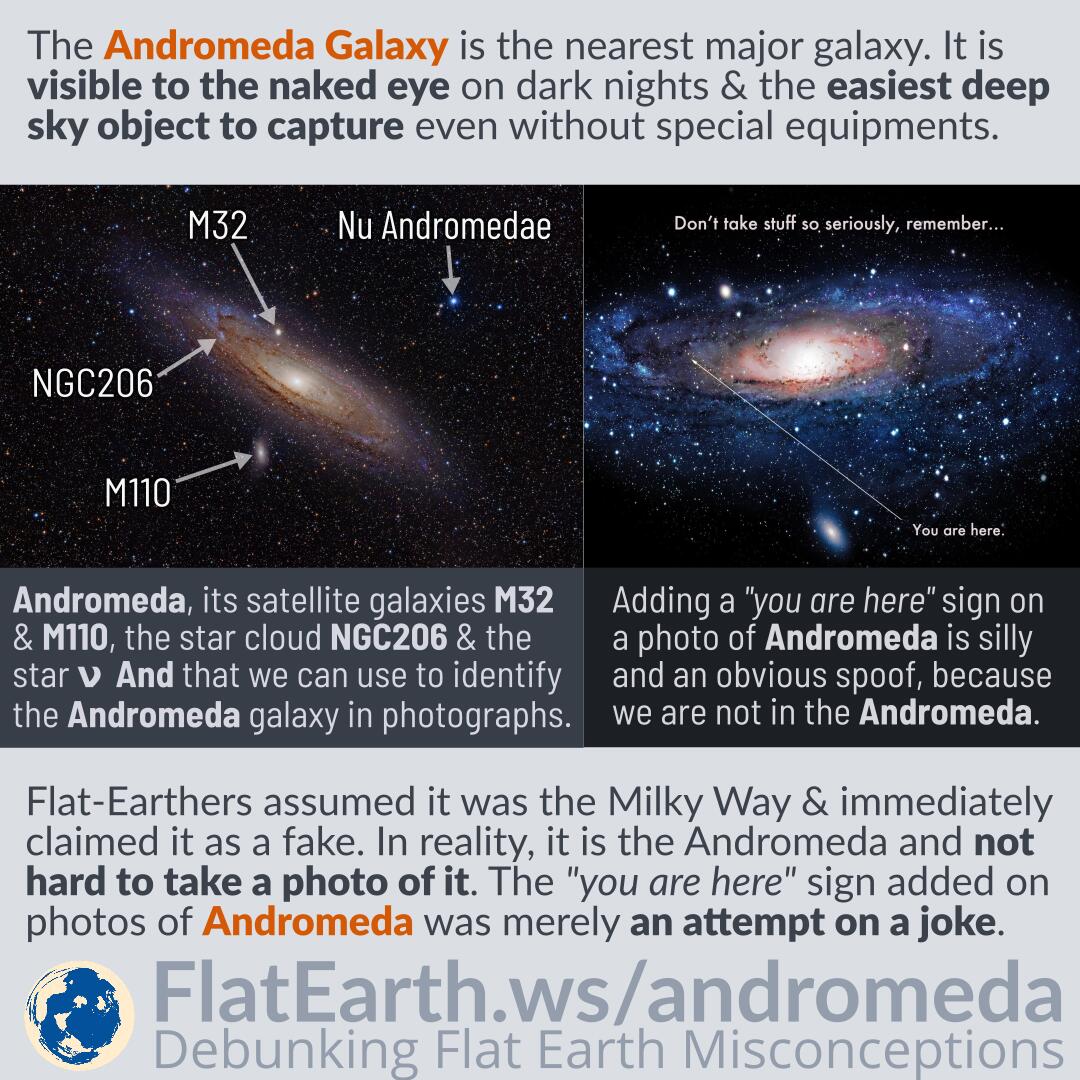 The Andromeda Galaxy is the nearest major galaxy. It is visible to the naked eye on dark nights and the easiest deep-sky object to capture even without special equipment.

There are many images of Andromeda on the Internet because it is not that hard to capture it. Flat-Earthers assumed the pictures are the Milky Way and immediately claimed those pictures as fakes. In reality, the galaxy in the photographs is the Andromeda, and it is not hard for anyone to take a picture of it. The “you are here” sign on some pictures of the Andromeda Galaxy is silly and an obvious spoof. It was merely an attempt on a joke.

We reside in the Milky Way galaxy, and there is no real picture of the entire Milky Way taken from outside it. All the actual photos of the Milky Way are taken from inside it. And the various images showing Milky Way seen from the outside are the results of construction from our knowledge about astronomy.

Unlike what is claimed by flat-Earthers, these images of the Milky Way from the outside are not fake. Just like a painting of a person is not evidence that the person does not exist.