“But, The Towers Are Not Straight!”

There are some objections in the community of flat-Earth victims. Some say the towers are not straight.

“But, The Pictures are Fake!”

Anyone can do a Google search using the keywords “lake pontchartrain power lines”, and it is easy to see similar pictures taken by different people, over different time.

We took the picture from Soundly’s collection (Google Drive). We are using the picture IMG_4118.JPG. He also provides its RAW file in Canon CR2 format: IMG_4118.CR2.

There is no off the shelf software who can output a CR2 file. If someone wants to fake a CR2 file, they need to create their own software. It is going to be a massive undertaking to fake this picture.

Soundly himself expected resistance from some unscrupulous third party who will accuse him of doing bad things. To anticipate this, he did everything live on YouTube, from taking the pictures to uploading them to the Internet.

In the end, the information is verifiable and falsifiable. Anyone is free to visit the place and verify the facts themselves.

“The Towers Are Too Close to Each Other!”

The towers appear close to each other due to the telephoto compression effect. The longer the focal length of the lens, the closer the objects appear to each other. And they will also seem to be more similar in size.

Soundly took the picture using a Canon 75-300mm lens on a Canon 1300D camera. He used 300mm focal length. His camera has a crop factor of 1.6×. And thus, the lens is equivalent to 480mm lens on a 35mm camera. Using these variables, we can calculate that the horizontal field of view is about 4.3°. As a comparison, our eyes have a horizontal field of view of about 55°.

The following is a demonstration of the telephoto compression effect. As the focal length becomes longer, the objects appear more similar in size and look more closely together. The glasses here are in the same size and were not moved during picture-taking. 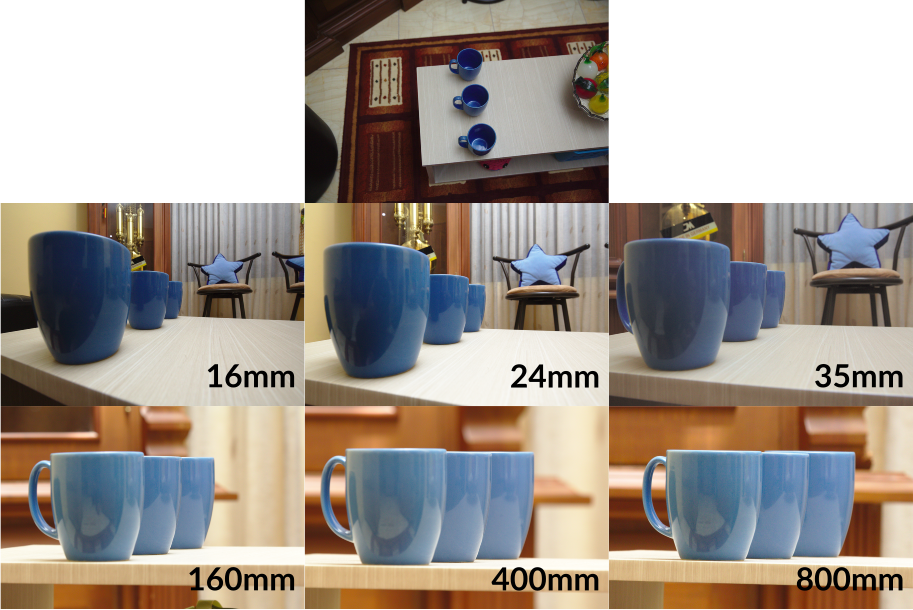 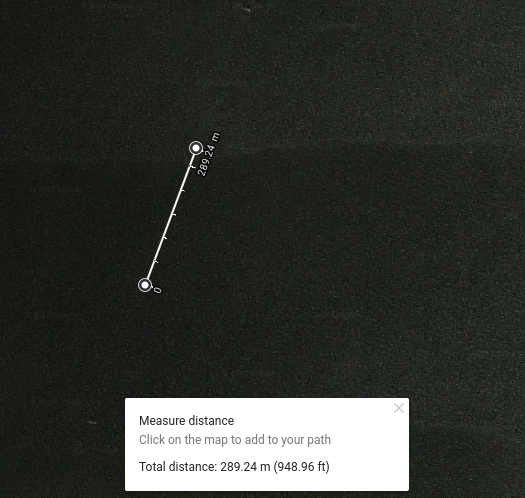 “But There’s No Apparent Horizontal Curvature!”

According to EXIF metadata, Soundly used the 75-300mm lens on a Canon 1300D camera body. He took the picture using 300mm focal length. The camera body has a 1.6× crop factor. From these values, we can calculate the horizontal field of view is about 4.3°.

Soundly’s picture has an aspect ratio of 3:2. After cropped 1:1, then the horizontal distance in the image is only about 1 km (0.62 mi). It is not realistic to observe curvature on such small distance.

“The Picture Doesn’t Show The Correct Amount of Curvature!”

We can verify this by using the Transmission Line demonstration of Walter Bislin’s Curvature App. The application simulates the curvature of the Earth using the real size of the Earth, and at the same time compares it to the hypothetical flat model.

We can observe the result of the simulation matches perfectly with all the pictures and video published by Soundly.

“There is a video showing the same scene, but the curvature is not there!”

Atmospheric refraction can cause a distant object that is physically already behind the curvature to be still visible. Such phenomenon happens because the air closer to the surface has higher pressure than above it, causing the path of light to curve along Earth’s curvature, up to a point.

The amount of refraction depends on the weather. In an extreme case, refraction can be severe, and it certainly can make it look as if the transmission pylons is straight.

There’s a video demonstrating this phenomenon, and it is actively used by flat-Earthers as ‘proof’ there’s no curvature. We can see the shimmering effect in the video, indicating the weather is not as clear as the pictures and videos provided by Soundly. If the maker of the video attempts to record the same scene at the different days and time of the day, he will get something similar to Soundly’s very easily. They might even have done that, but it could be that they prefer only ones that support their beliefs.

The lack of apparent curvature in such video can be accommodated in the spherical Earth model. But not the other way around. The appearance of curvature can never be explained in the flat Earth model.

As we can see, the result of the scene can be easily accommodated in the spherical Earth model.

“There’s a scene showing a hot, flat road showing mirrored images above it!” 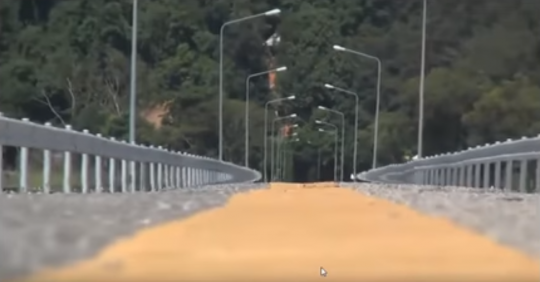 The result of heat haze shown in the video has no resemblance to the scene taken by Soundly.