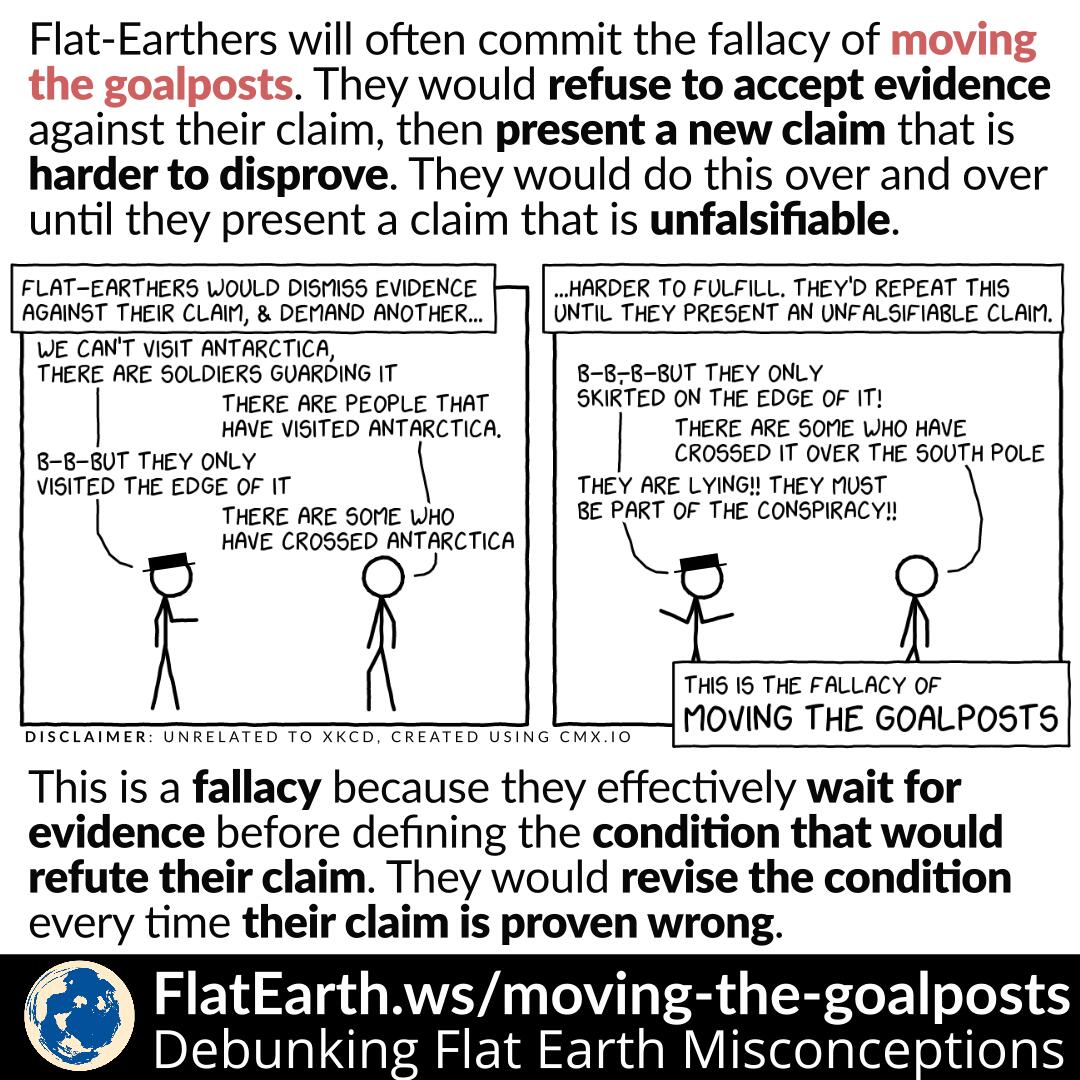 Flat-Earthers often commit the fallacy of moving the goalposts. When their claim has been proven wrong, they would revise their claim and demand another evidence that is harder to fulfil. They would do this repeatedly until they present an unfalsifiable claim, a claim that is impossible to prove.

As an example, let’s use the case of Antarctica.

Here the flat-Earther presents Claim #1. But when it has been proven wrong, he would revise his claim with Claim #2. This went on until he reaches Claim #4 which no longer resemble his first claim at all.

His Claim #4 is unfalsifiable. It cannot be proven, but assumed true regardless by belief or other fallacy like ‘shifting burden of proof’. We use Antarctica as an example here, but we can easily find other similar practice within the flat-Earth community.

Moving the goalposts is a fallacy because they wait for the evidence before they present their claim. And if a claim is proven wrong, then they would create another claim, and so on.