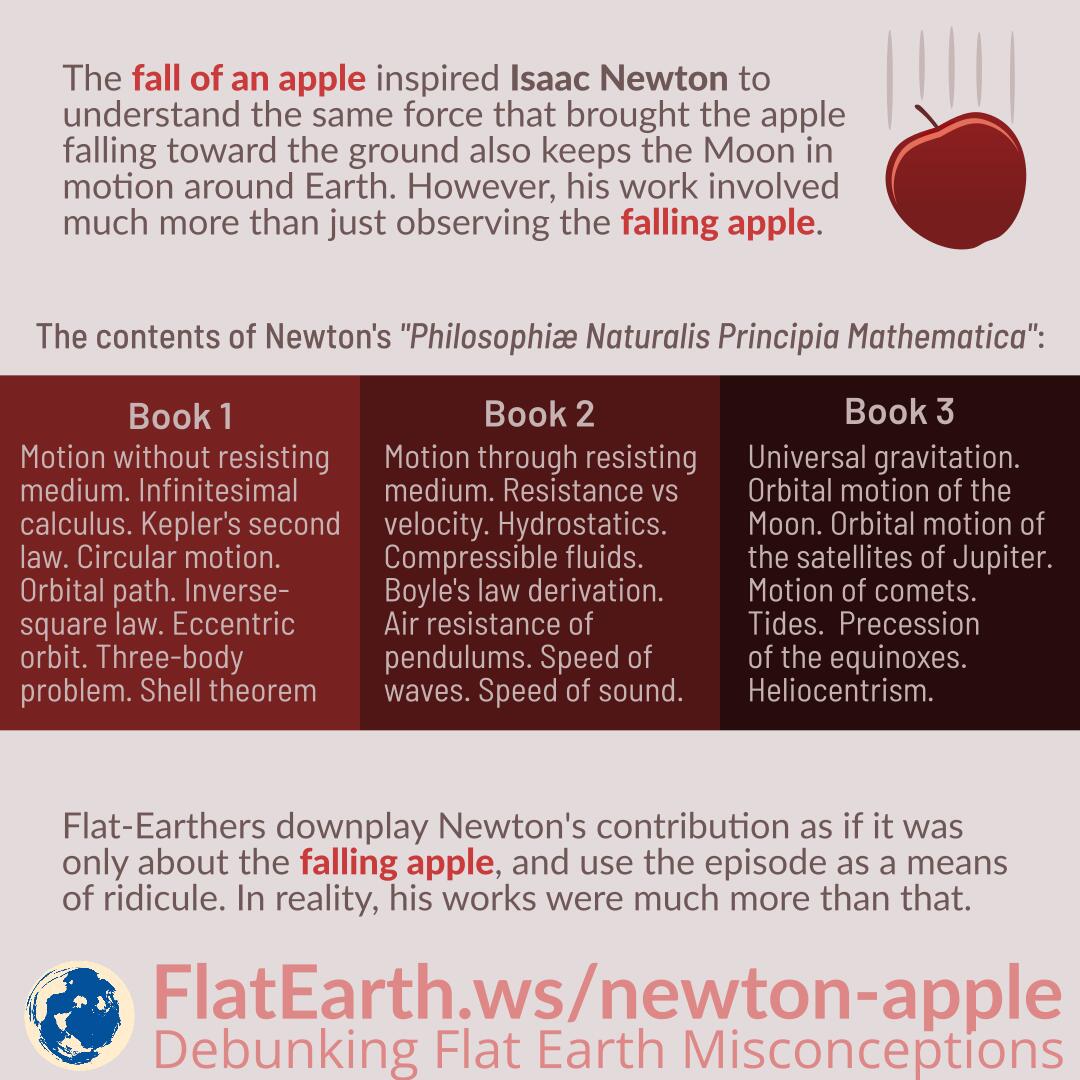 The fall of an apple inspired Isaac Newton to understand that the same force that brought the apple falling toward the ground also keeps the Moon in motion around Earth. However, his work involved much more than just observing the falling apple.

Flat-Earthers downplay Newton’s contribution as if it was only about the falling Apple and use the episode as a means of ridicule. In reality, Newton’s works were much more than that.

Newton wrote the “Philosophiæ Naturalis Principia Mathematica” to explain gravity, mechanics, and other topics. It consists of three books, with the following contents:

To formulate the law of gravity, Newton has to invent calculus in the first place. It is an entire field in mathematics and used in other branches of science, not just physics and mathematics.