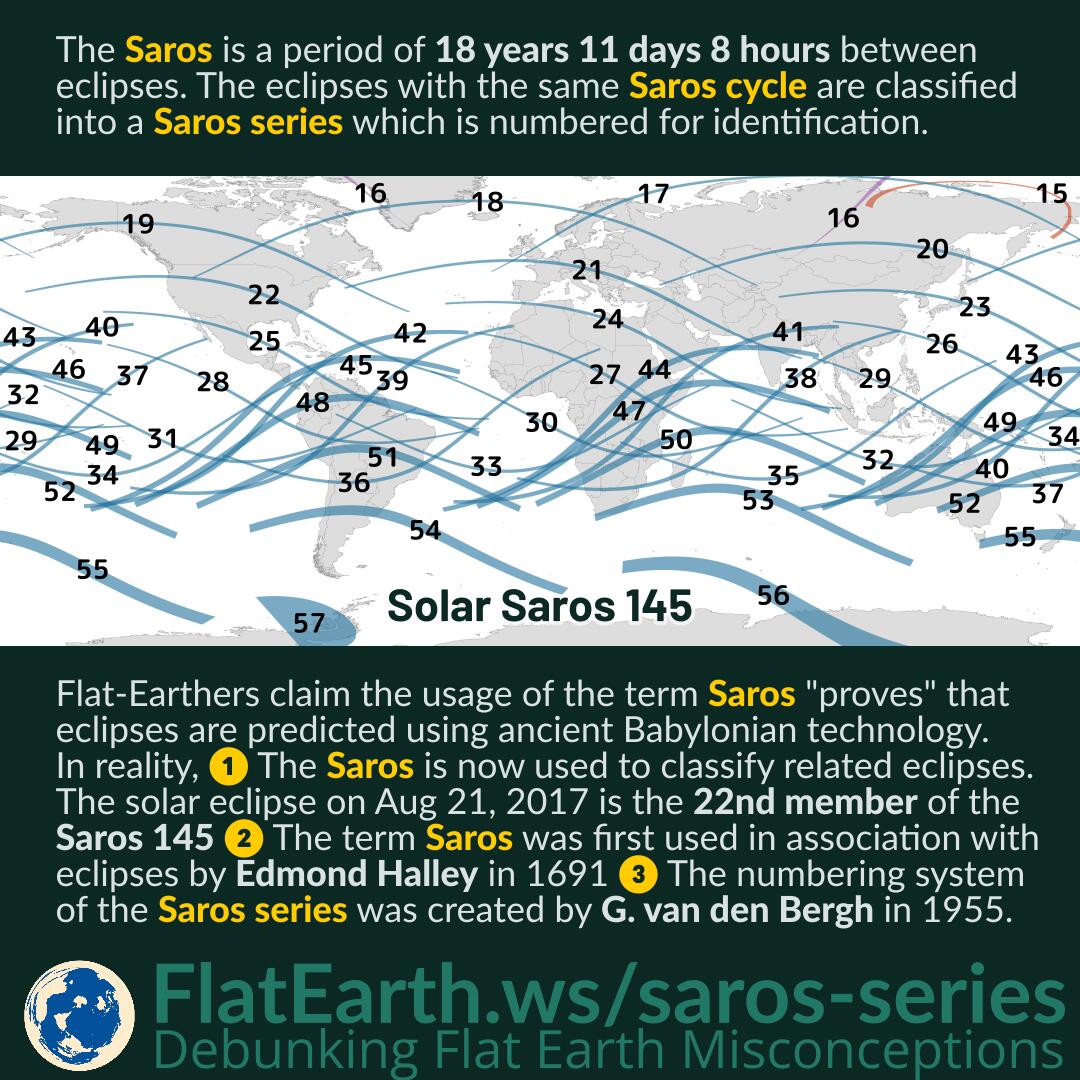 The Saros is a period of 18 years, 11 days, and 8 hours between related eclipses. The eclipses with the same Saros cycle are classified into a Saros series which is numbered for identification.

Flat-Earthers claim the usage of the Babylonian term Saros “proves” that eclipses are predicted using ancient Babylonian technology. In reality, the Saros is now used to classify related eclipses. For example, the solar eclipse on August 21, 2017 is the 22nd member out of 77 in the Solar Saros 145.

The term Saros was first used in association with eclipse by Edmond Halley in 1691. The Babylonians never used the term Saros to describe eclipses. And the numbering system of the Saros series was created by G. van den Bergh in 1955.

We use the Saros cycle similar to how we use the unit of time ‘year.’ One year is the period the Earth takes to travel once around the Sun. Each year is sequentially numbered to make it easier for us to reference a specific year. For example, this article was written in the year 2021, a few days after the 56th lunar eclipse of the Saros 121.