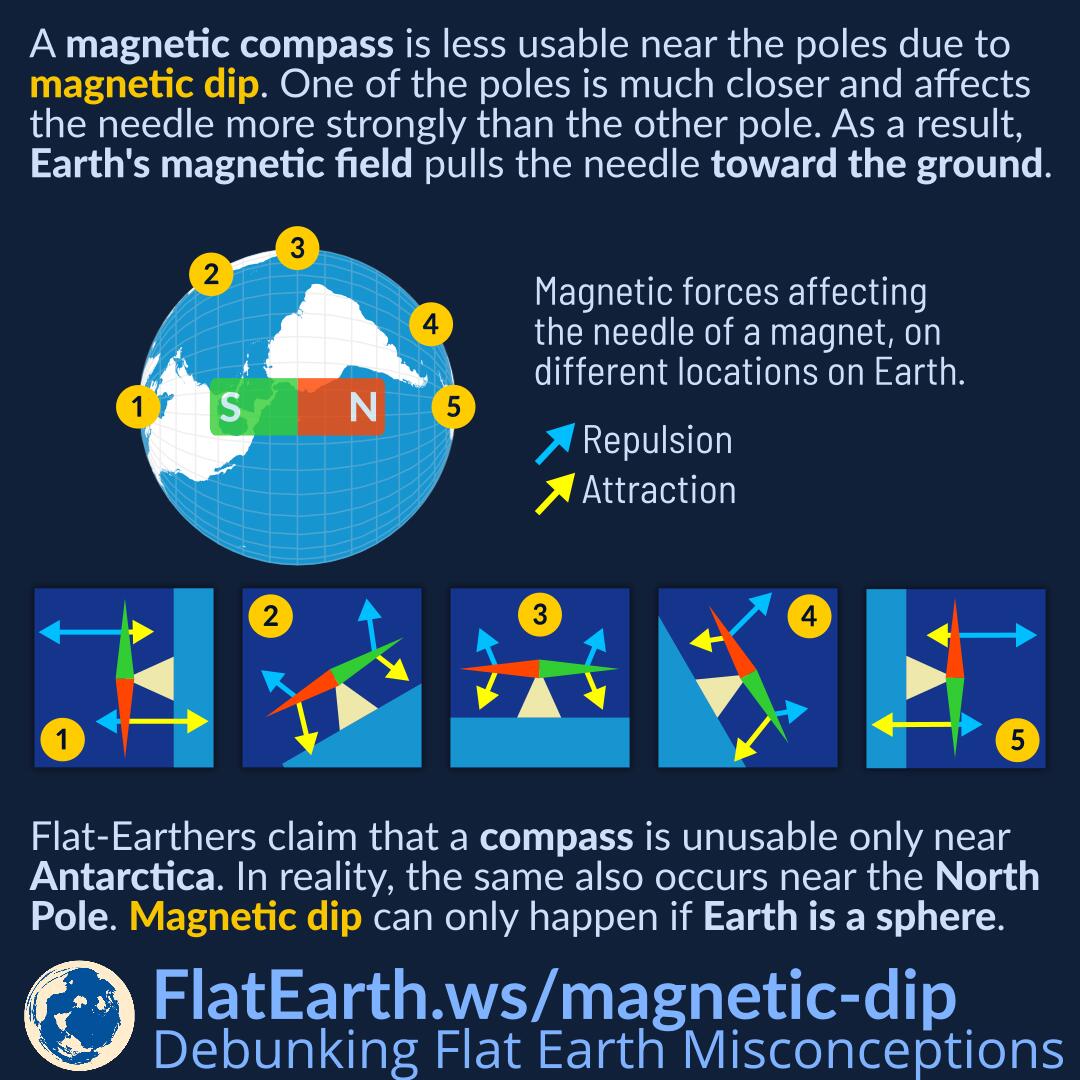 A magnetic compass is less usable near the poles partly due to magnetic dip. One of the Earth’s poles is much closer and affects the needle more strongly than the other pole. As a result, Earth’s magnetic field pulls the needle toward the ground.

Flat-Earthers claim that a compass is unusable only near Antarctica. In reality, the same also occurs near the North Pole. Magnetic dip, as observed on various locations on Earth, can only happen if the Earth is spherical.

At locations near the equator, the magnetic dip is practically zero. Earth’s magnetic field pulls compass needles perfectly horizontal. The Earth’s south pole affects the compass with the same force as the north pole does.

Some flat-Earthers hypothesized that because the Earth is spherical, then a compass needle near the Equator should point toward the ground at an angle. However, we do not witness this, and they concluded the Earth is flat. This misconception arises from their assumption that the needle is attracted to the north, but they are ignorant that the other end of the needle is also attracted to the south pole. All magnets —Earth’s included— have two poles. There’s no such thing as a monopolar magnet.

Most observations concerning Earth’s magnetism cannot be explained in the flat Earth model. On the other hand, everything is consistent under the spherical Earth model.