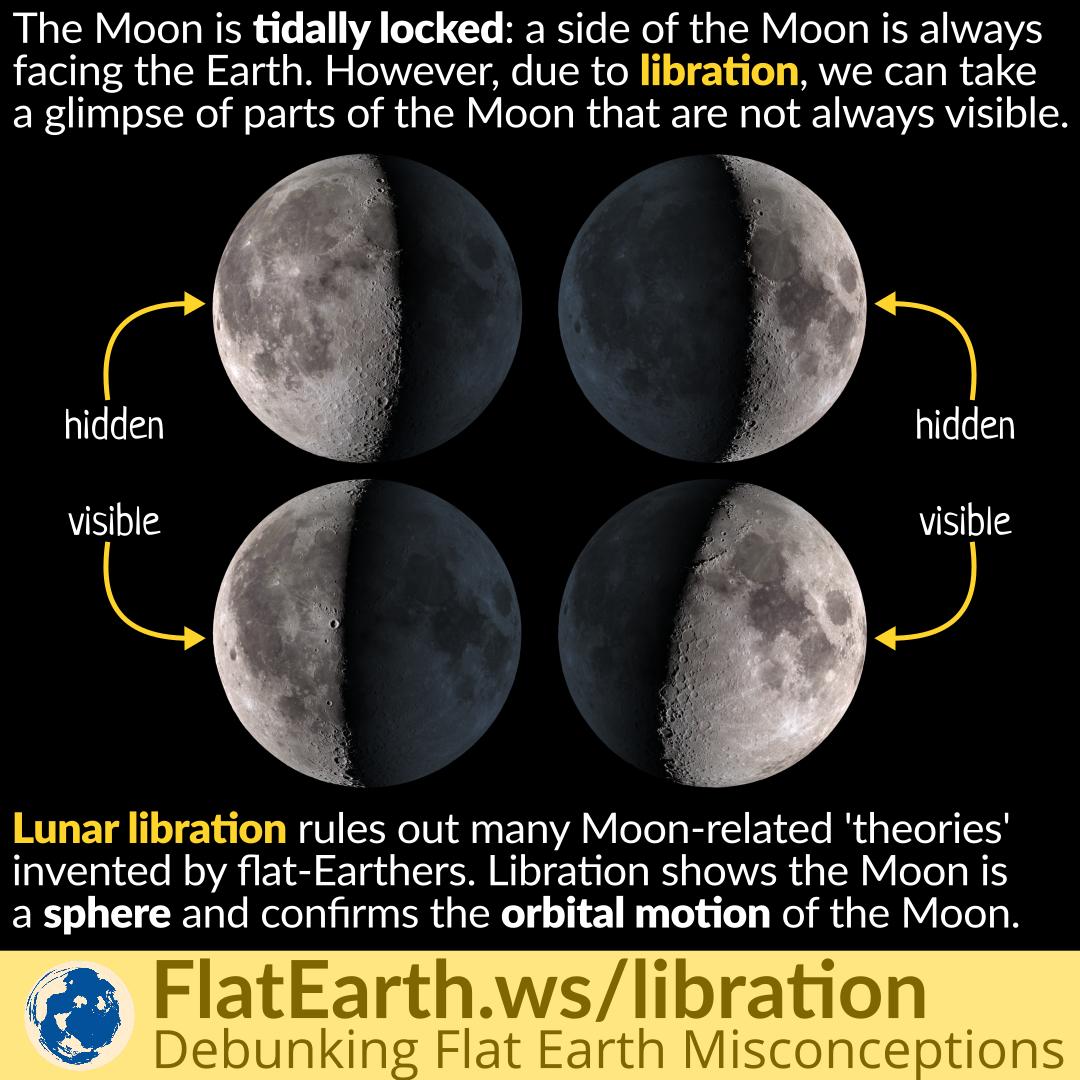 The Moon is tidally locked. Half of the Moon is always facing the Earth. However, due to libration, we can take a glimpse of areas of the moon that are not always visible.

Flat-Earthers invented many “scenarios” to “explain” how the so many lunar-related phenomena can happen on the flat Earth model. Some of these “explanations” include “transparent Moon”, “hemisphere-shaped Moon”, “flat circular Moon”, etc. Lunar libration rules out the majority, if not all, of these “explanations.”

Lunar libration occurs due to Moon’s orbit eccentricity. The Moon is in motion around the Earth in an apparent elliptic shape, and thus the orbiting speed is not constant. It also happens due to the Moon’s orbital inclination: the plane of Moon’s orbit is not in the same plane as Earth’s orbit. At a lesser degree, lunar libration also happens due to Earth’s rotation, causing two opposite locations on Earth’s surface to see a tiny difference in the visible area of the Moon.

Due to lunar libration, about 59% of the surface of the moon can be observed from Earth at some point. The rest of it can only be observed first by Soviet Union’s spacecraft Luna 3 in 1959.

With lunar libration, we can rule out the majority of the ‘theories’ invented out of thin air by flat-Earthers to ‘explain’ lunar-related phenomena. We know the Moon is a sphere orbiting the Earth.