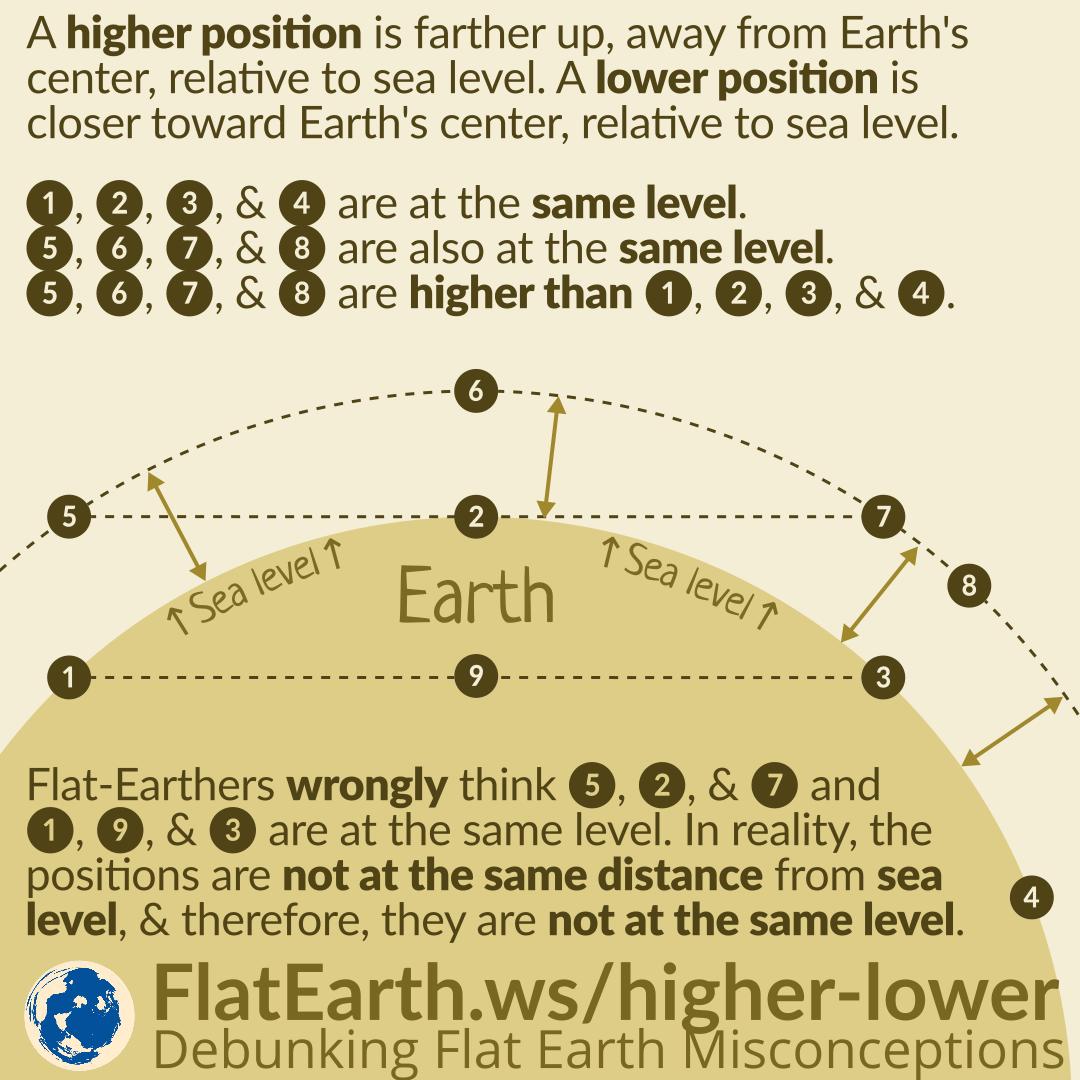 Some flat-Earthers are unable to understand this. To them, ‘level’ means straight. They are wrong. In Earth sciences, height is measured from a plane of reference, usually the sea level.

Adjectives such as straight, level, flat, plane, and horizontal all are taken to be relative to the sphericity of the Earth when they are being used in the context of Earth’s surface. Saying “straight railway line between London and Liverpool” means that it is straight along the surface of the Earth, relative to sea level; and not straight as in “line of sight”.