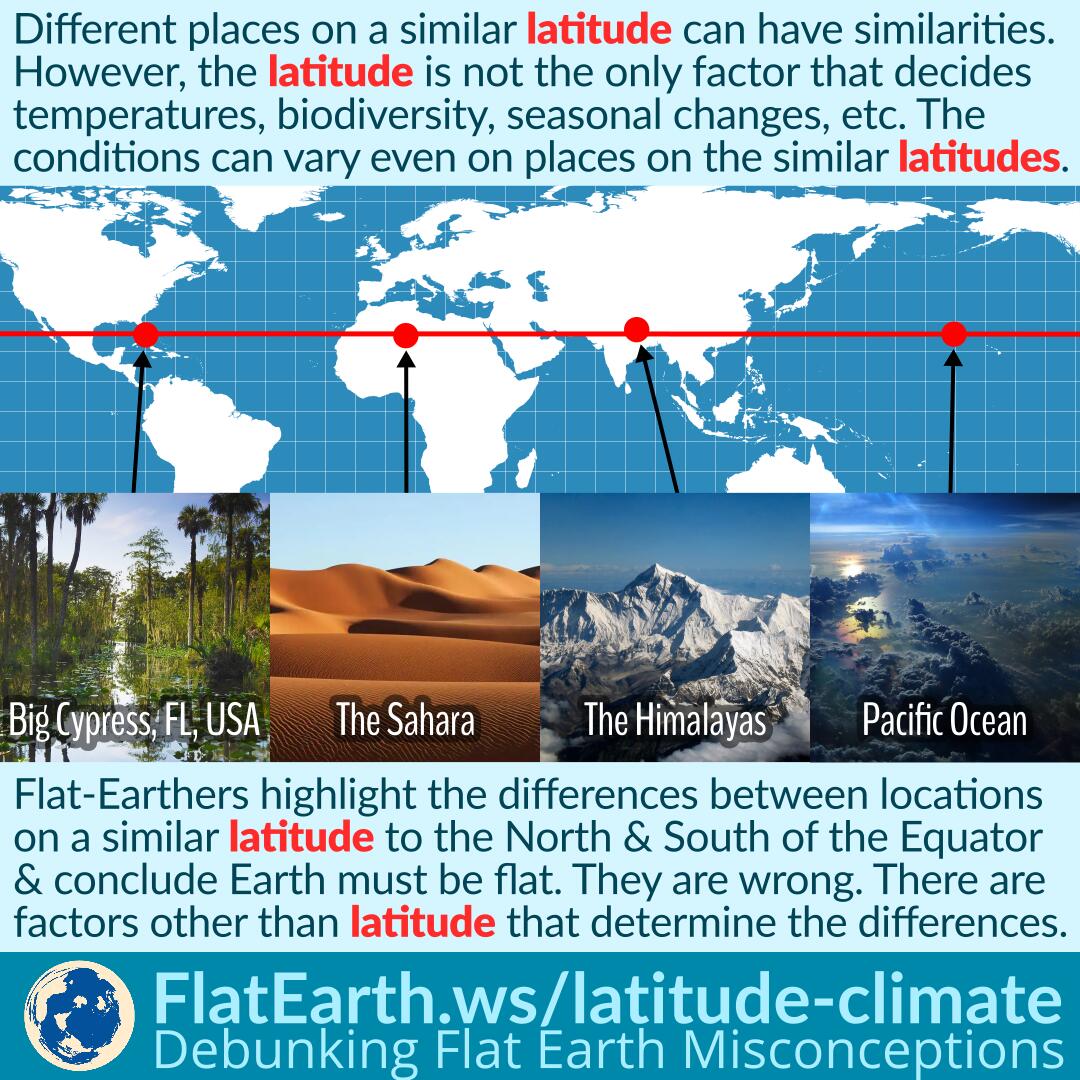 Different locations on a comparable latitude can have some similarities. However, the latitude is not the only factor that decides seasonal changes, biodiversity, temperatures, and other conditions. The conditions can be vastly different even on places on the similar latitudes.

Flat-Earthers highlight the differences between locations on a similar latitude to the North and South of the Equator and conclude Earth must be flat. They are wrong. There are factors other than latitude that determine the differences.

For example, flat-Earthers compare the temperature in the Arctic and Antarctica. Because of the similarities in latitude, they conclude that both must have similar temperatures. However, Antarctica is far colder than the Arctic, and they wrongly conclude the Earth must be flat. In reality, there are factors other than latitude that decide the conditions. For starters, Antarctica is a vast landmass, while the Arctic is an ocean. Of course, they are different.

A simple comparison of the conditions of various places on the same latitude can be used to demonstrate their logical errors. Big Cypress, the Sahara, the Himalayas, and the Pacific Ocean lie on approximately the same latitude. However, Big Cypress is tropical; the Sahara is the largest desert and one of the hottest places in the world; the Himalayas are icy and snowy, and many islands on the Pacific close to the latitude line have a tropical marine climate.

The factors that affect climate are LOWERN: Latitude, Ocean currents, Wind & air masses, Elevation, Relief, Nearness to water. Latitude is not the only factor that determines the conditions in a specific location. Taking the latitude alone as the only factor is the fallacy of the single cause.