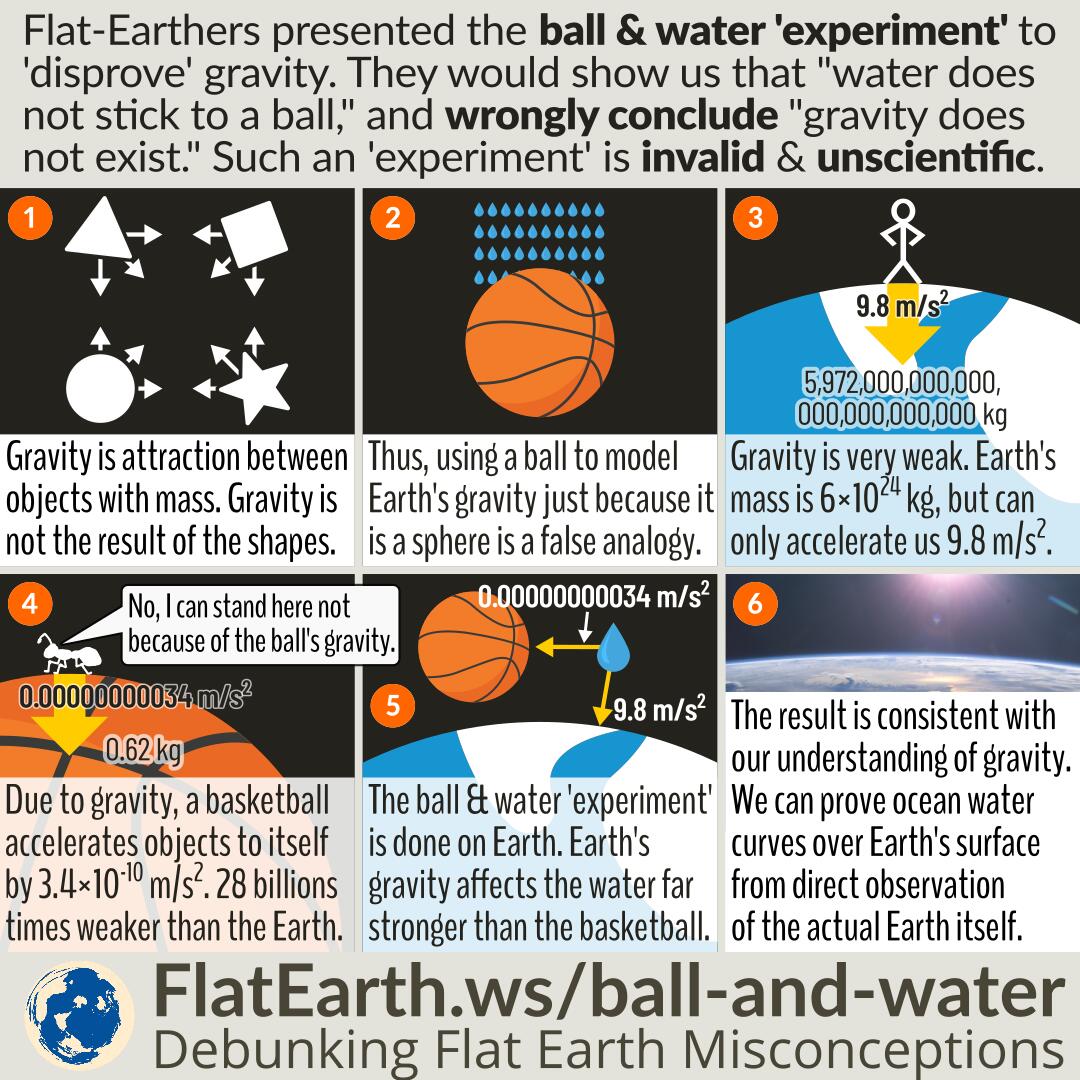 Gravity is the attraction between objects with mass. The higher the mass, the greater is the gravitational attraction. Gravity is not the result of the shapes of the objects.

Flat-Earthers like to perform the ball-and-water ‘experiment.’ They spray water to a ball, then observe the water does not stick to the ball the same way the ocean water curves over the surface of the Earth. They would wrongly conclude that “gravity does not exist.” Gravity does not come from the spherical shape of objects,

Using a ball or any other spherical shape to model Earth’s gravity just because both objects are sphere is the fallacy of false analogy. Just because both objects (the Earth and the ball) have the same similarity (spherical), it does not mean they must be similar in another. It is the other way around, the spherical shapes of the Earth and other celestial objects are the results of gravity.

By doing the “experiment” on the surface of the Earth, the gravity of the Earth affects the entire experiment. It would accelerate the drops of water toward Earth 28 billion times stronger than the basketball does to them. Moreover, there was no attempt to neutralize this glaring factor that would inevitably affect the experiment.

The Cavendish experiment was a more serious experiment. The effect of Earth’s gravity is neutralized by hanging the ball using a wire, and only the lateral components of gravity were considered.

Despite what flat-Earthers are claiming, the results of the ball and water ‘experiment’ is 100% consistent with our understanding of gravity. If they intend to prove that water curves over Earth’s surface, it is easily confirmed by direct observation of the actual Earth itself.