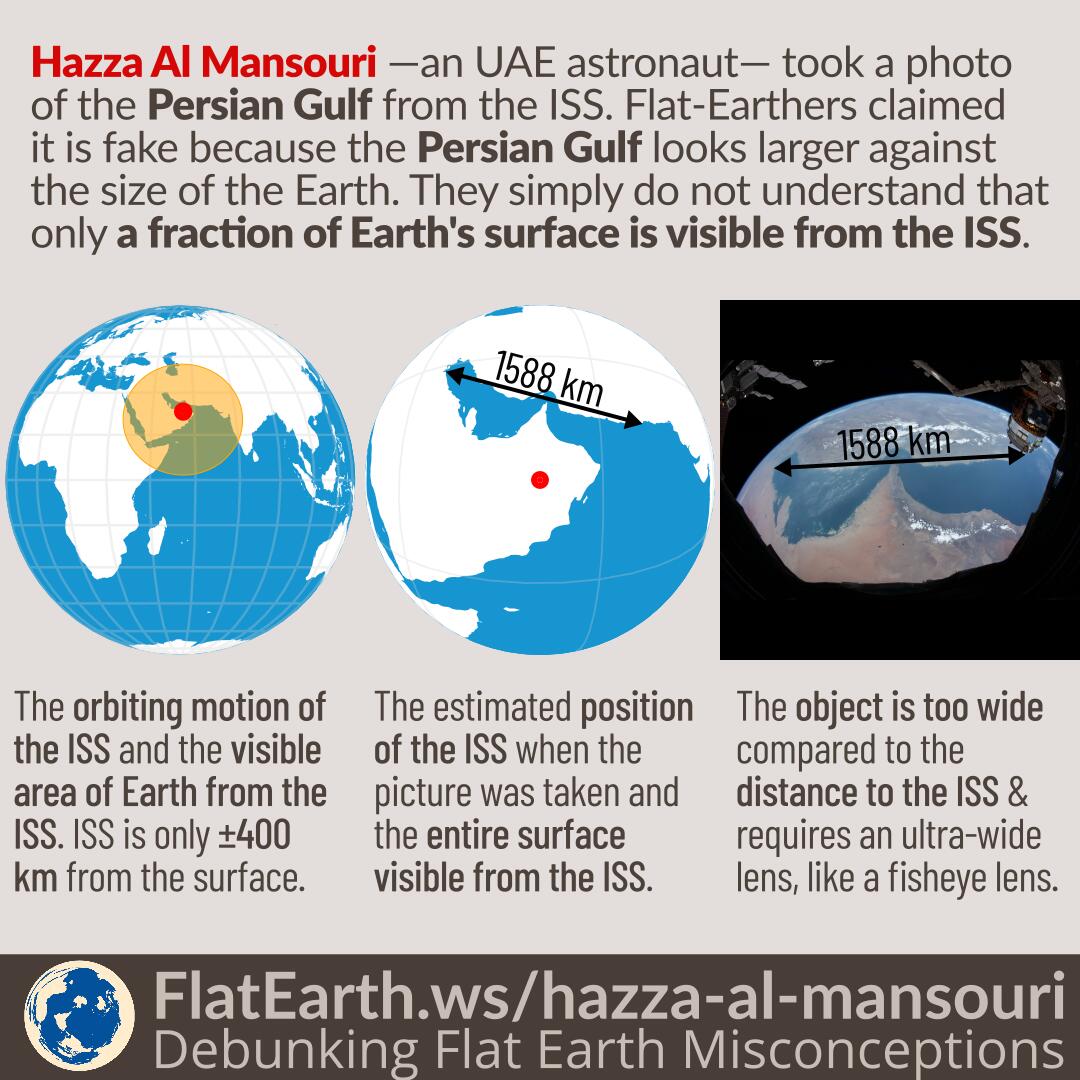 The United Arab Emirates astronaut, Hazza Al Mansouri, took pictures of Earth’s features like the Nile and the Persian Gulf during his visit to the ISS. Flat-Earthers claim the pictures are fake because the various objects appear very large compared to the size of the Earth in the picture. The reason is that they do not understand that the ISS is only about 400 km above Earth’s surface, and only a very small amount of the Earth’s surface is visible from the ISS

When Al Mansouri took the picture of the Persian Gulf, the only visible Earth’s features were the Arabian Peninsula, the Persian Gulf, Iran, and small parts of the Indian Ocean, Pakistan, and India. The rest of Earth’s surface is not visible to him.

The span of the Persian Gulf in his photo is about 1588 km, from Kuwait City all the way to Pasni, Pakistan. If we consider the position of the ISS that is almost above the Persian Gulf itself, then the entire scene Al Mansouri took was larger in width compared to his distance to the object. The angular size is about 125°, and therefore, it requires an ultra-wide lens to capture it, like a fisheye lens.