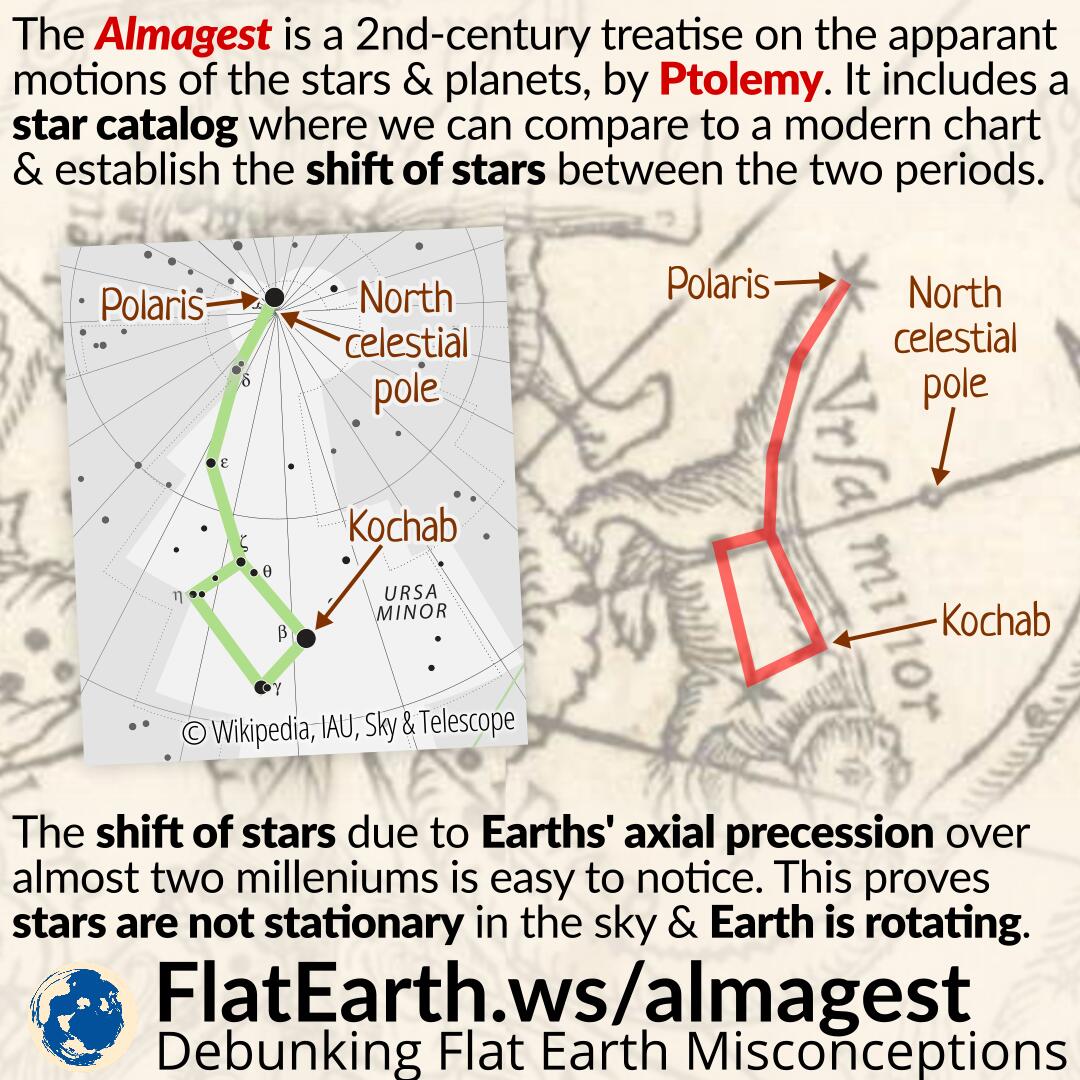 Due to Earth’s axial precession, the positions of Earth’s celestial poles shift gradually in a cycle of approximately 26000 years. These days, Polaris is very close to the north celestial pole. However, 19 centuries ago, Kochab is much closer to the celestial pole than Polaris.

Flat-Earthers claim that the stars are always in the same position proves the Earth is stationary. An ancient star chart like Almagest from the 2nd century shows them wrong. The stars today were not in the same place as stars 19 centuries ago.

The Almagest is a 2nd-century mathematical and astronomical treatise on the apparent motions of the stars and planetary paths, written by Claudius Ptolemy. One of the most influential scientific texts of all time, it canonized a geocentric model of the Universe that was accepted for more than 1200 years, until when it was superseded by the heliocentric model of Copernicus and others.

Unlike the claims by flat-Earthers, the Ptolemaic geocentric model had nothing to do with flat Earth. Ptolemy and other scientists of the time already knew the Earth is a sphere. They simply did not understand that the Earth is in orbit around the Sun. The Almagest itself even covers the phenomenon of axial precession quite extensively. The phenomenon is explained in Book III, Book VII, and Book VIII of the Almagest.