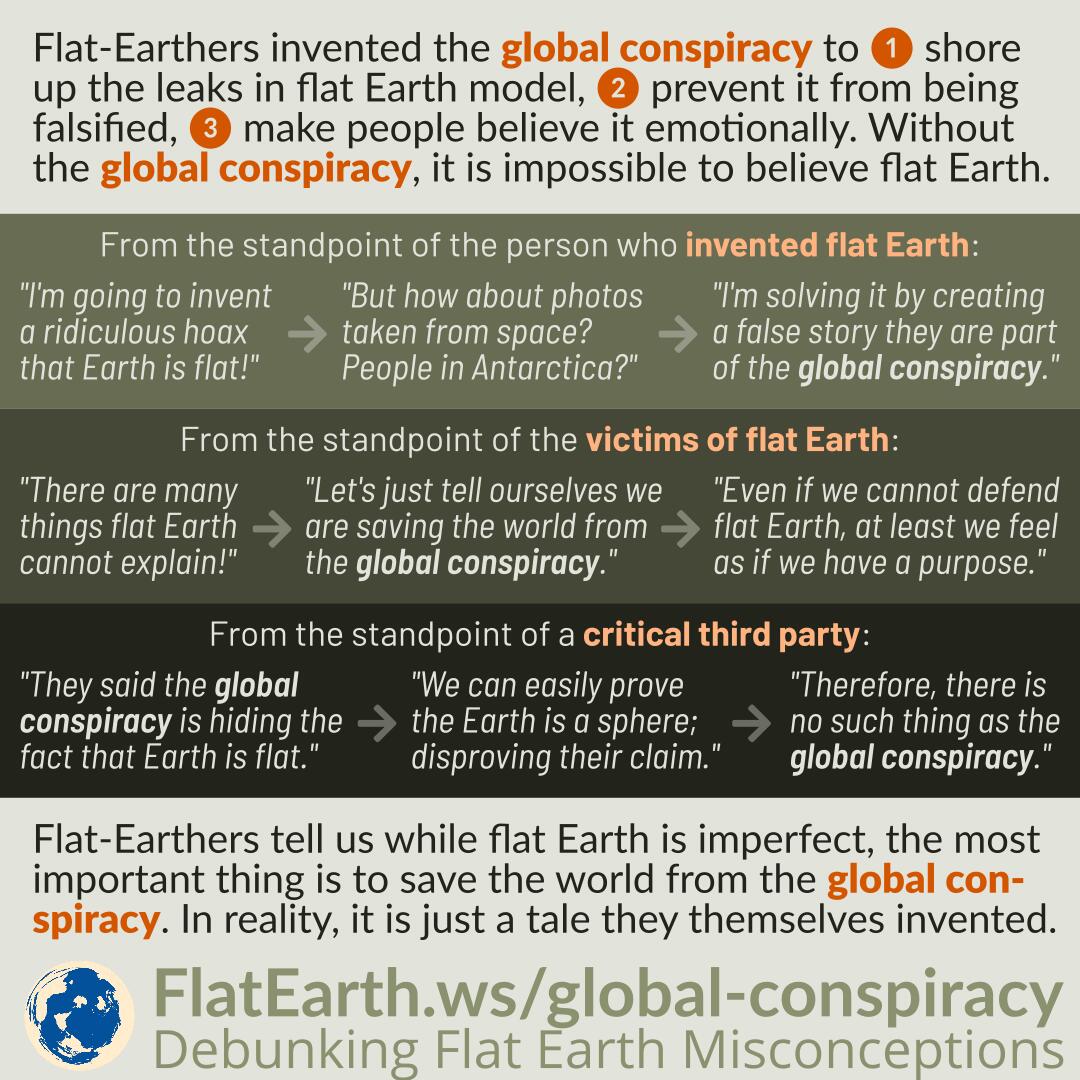 In reality, the global conspiracy theory is only one of so many concepts invented to prevent flat Earth from being falsified.

To defend a flat Earth, the creator of the theory needs to invent a scenario where many people are together in a global conspiracy. Various parties —including space agencies, satellite operators, astronauts, and scientists— need to be lumped together as a single party that is conspiring to hide from us the fact that Earth is flat.

Their desire to accuse others of being bad people overwhelms their need to find out the truth. It is the reason the inconsistencies in the flat Earth model is not important to them. The various observations and experiments they claim to support a flat Earth are only there to as pieces of walls around the fictitious global conspiracy they believe as a fact.

To those of us with critical thinking, it is not hard to analyze the situation. If these people are claiming there is a “global conspiracy” hiding the fact that Earth is flat, but on the other hand, it is trivial to prove that Earth is a sphere, then there is only one conclusion: there is no such thing as the global conspiracy.