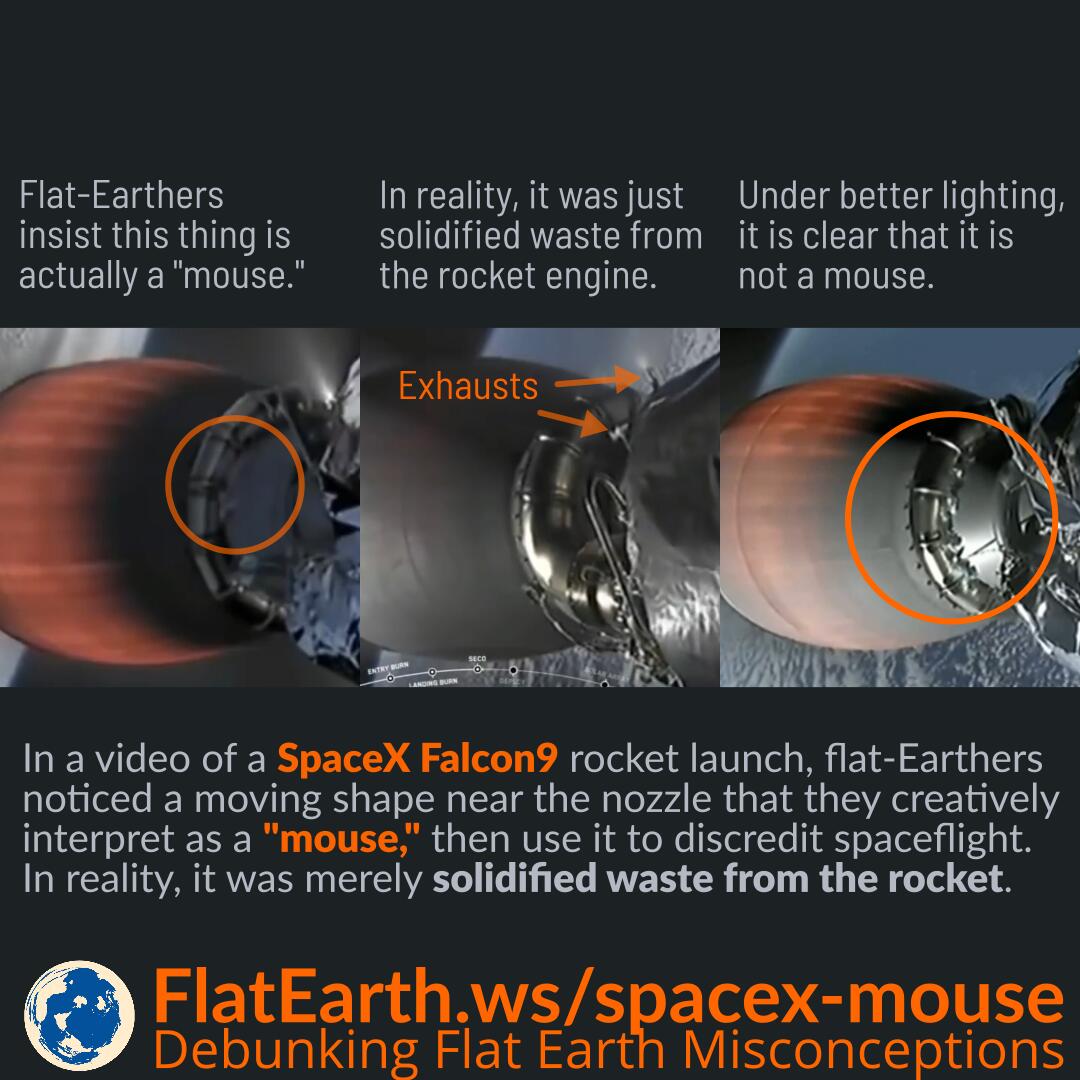 In the video of the CRS-19 mission of the SpaceX Falcon9 rocket, flat-Earthers noticed something is moving near the exhaust of the second stage rocket. Creatively, they interpreted it as a “mouse, ” and then use it to discredit spaceflight and the people involved in it.

In reality, it was merely crystallized waste from the rocket engine. To know this, we only need to see the part of the video after the one cherry-picked by flat-Earthers. The “mouse” slowly disappeared by evaporation.

When the rocket’s main engine is active, the entire rocket will be accelerated, and the everything on the rocket will be accelerated backward, just like inside an accelerating car, a passenger will get pushed toward the back. The same thing happened to the rocket waste, only there is a barrier in the form of the circular turbopump exhaust pipe. As a result, the waste fell into the gap between the pipe and the large nozzle; not unlike a car passenger is kept in the car by the seat.

Once the rocket’s main engine is turned off, every object on the rocket will float, just like astronauts in the ISS. These include the rocket’s waste, and they will quickly disappear into space.