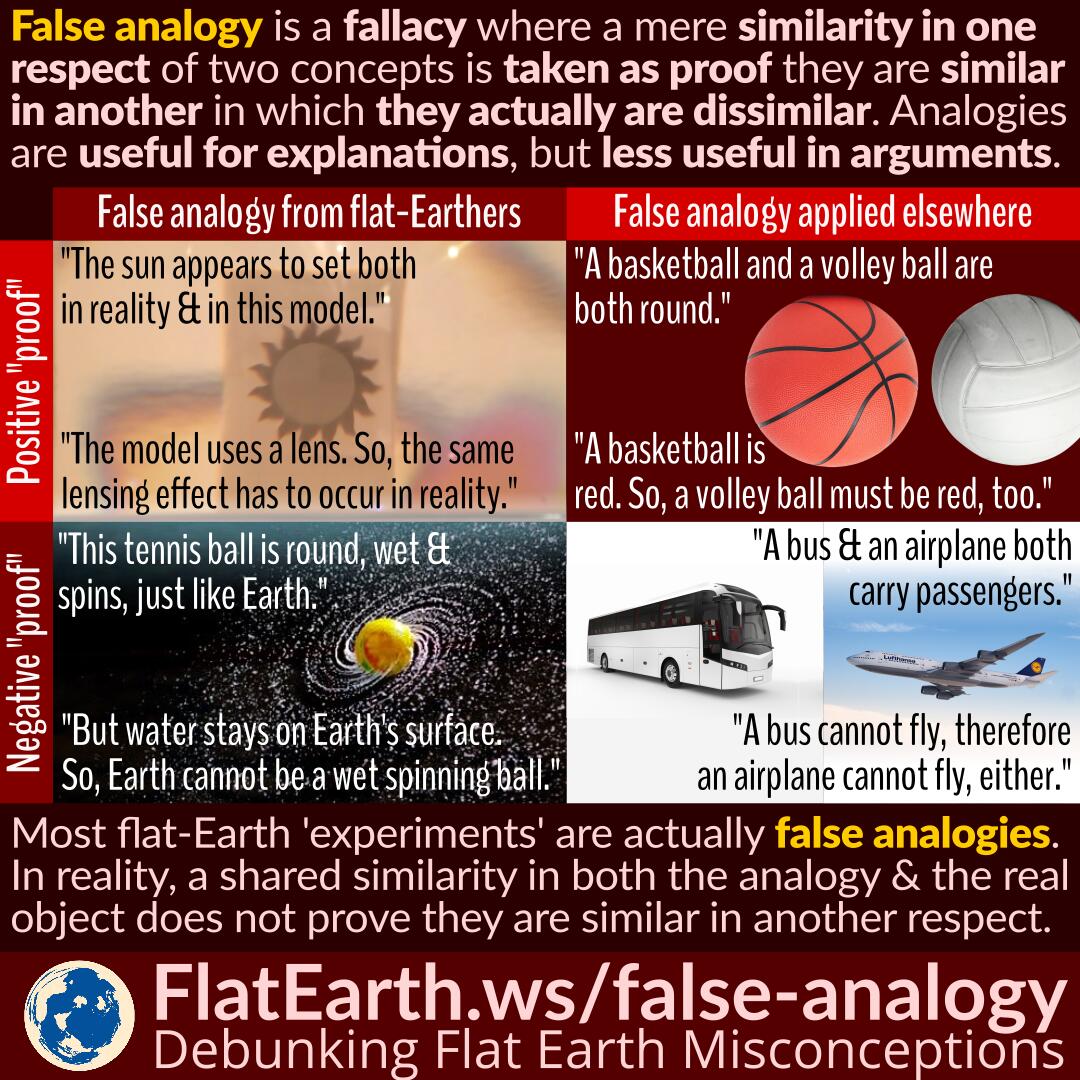 A false analogy is a fallacy in which similarity in one respect of two concepts, objects, or events is taken as sufficient to establish that they are similar in another respect in which they are actually are not similar.

Almost all of what flat-Earthers happily claim as “experiments” are actually false analogies. They would take everyday objects and use them as analogies for actual objects. In reality, a shared similarity in both the analogy and the real thing is not sufficient to ‘prove’ both are similar in some other respect.

For example, a ball is round, so is the Earth. Therefore, both must be similar in some other respect. The ball does not attract water, but the Earth does, then they would wrongly conclude that the Earth is not round.

The fault in reasoning is easy to demonstrate. Both a basketball and a volleyball are also round. A basketball is red. Can we conclude from that fact that a volleyball is also red?

Analogies can be valid inductive arguments. It can be used to infer further similarity that has yet to be observed. However, like all inductive arguments, it can be strong or weak, and it requires more information than just the similarities to reach a conclusion. Using it deductively —or taking the conclusion as a certainty from the analogy alone— is the fallacy of false analogy.

Analogies are also useful to explain things to people. The usual classroom model of an eclipse is also an analogy. However, it is used for explaining an eclipse, and never intended to prove an eclipse. The mechanism of an eclipse is determined from observation of the actual eclipses themselves.

Observation of the actual object or phenomenon is always stronger evidence than any argument from analogy. We cannot devise a contraption that can seemingly simulate the appearance of a natural phenomenon, and then use it to “prove” that our conclusion from real-world observation of such phenomenon is somehow wrong.