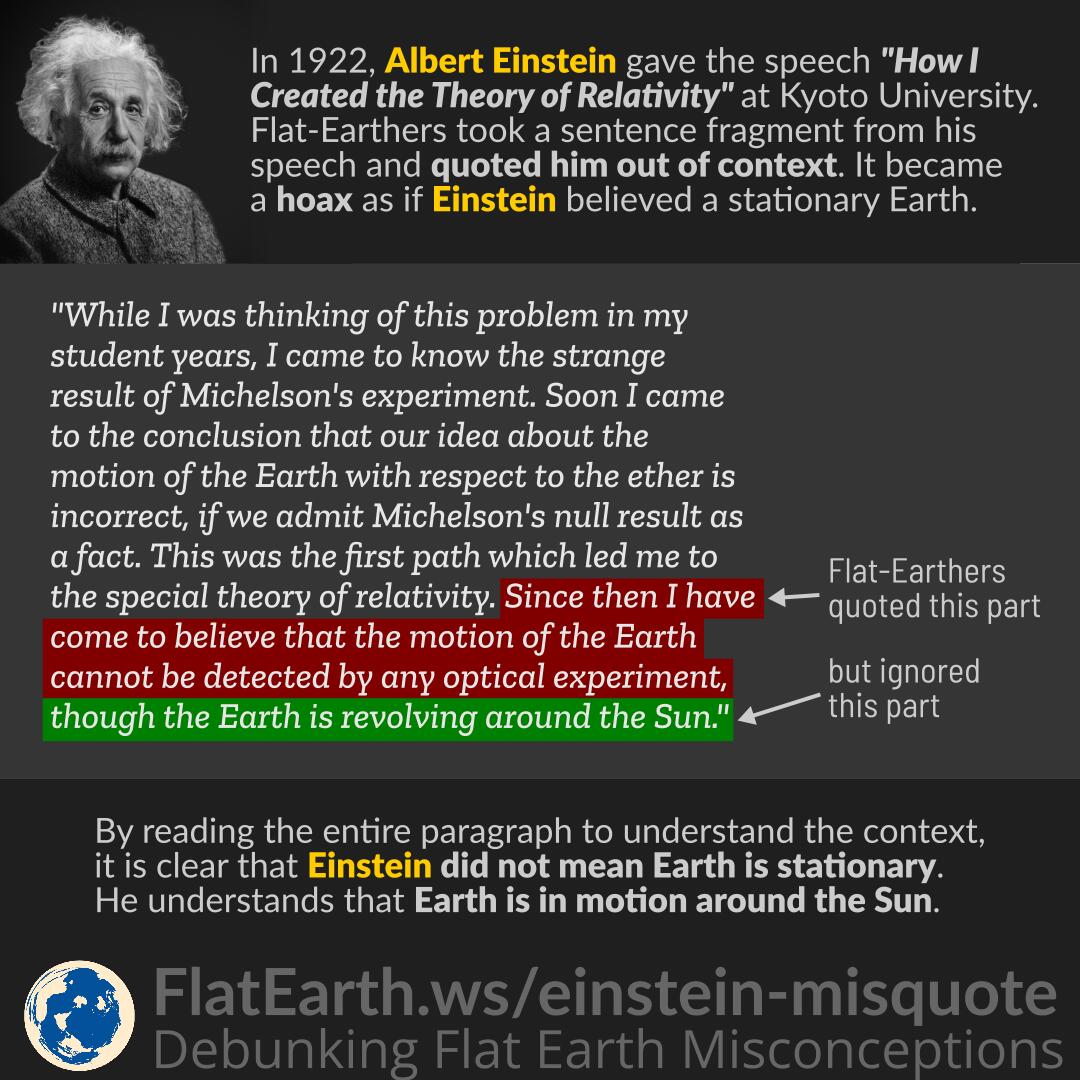 In 1922, Albert Einstein gave the speech “How I Created the Theory of Relativity” at Kyoto University. Flat-Earthers took a sentence fragment from his speech and quoted him out of context. It became a hoax as if Einstein believed a stationary Earth.

By reading the entire paragraph to understand the context, it is clear that Einstein did not mean Earth is stationary. He understands that Earth is in motion around the Sun.

“While I was thinking of this problem in my student years, I came to know the strange result of Michelson’s experiment. Soon I came to the conclusion that our idea about the motion of the Earth with respect to the ether is incorrect, if we admit Michelson’s null result as a fact. This was the first path which led me to the special theory of relativity. Since then I have come to believe that the motion of the Earth cannot be detected by any optical experiment, though the Earth is revolving around the Sun.”

The boldfaced part was taken and widely circulated in flat-Earthers and geocentrists circles. While the words did come from Einstein, they no longer resemble what Einstein had in mind. The omission of the second part of the sentence, “though the Earth is revolving around the Sun,” is particularly damning.

What Einstein meant by the “optical experiment” is the Michelson-Morley experiment. Before his Theory of Relativity, scientists hypothesized the Aether theory to explain why light can propagate through space, unlike other types of waves that require a medium.

The Michelson-Morley experiment was unable to confirm the existence of Aether. They cannot find the difference of light speed traveling at different angles, even though the Earth is in motion. It is what Einstein had in mind.