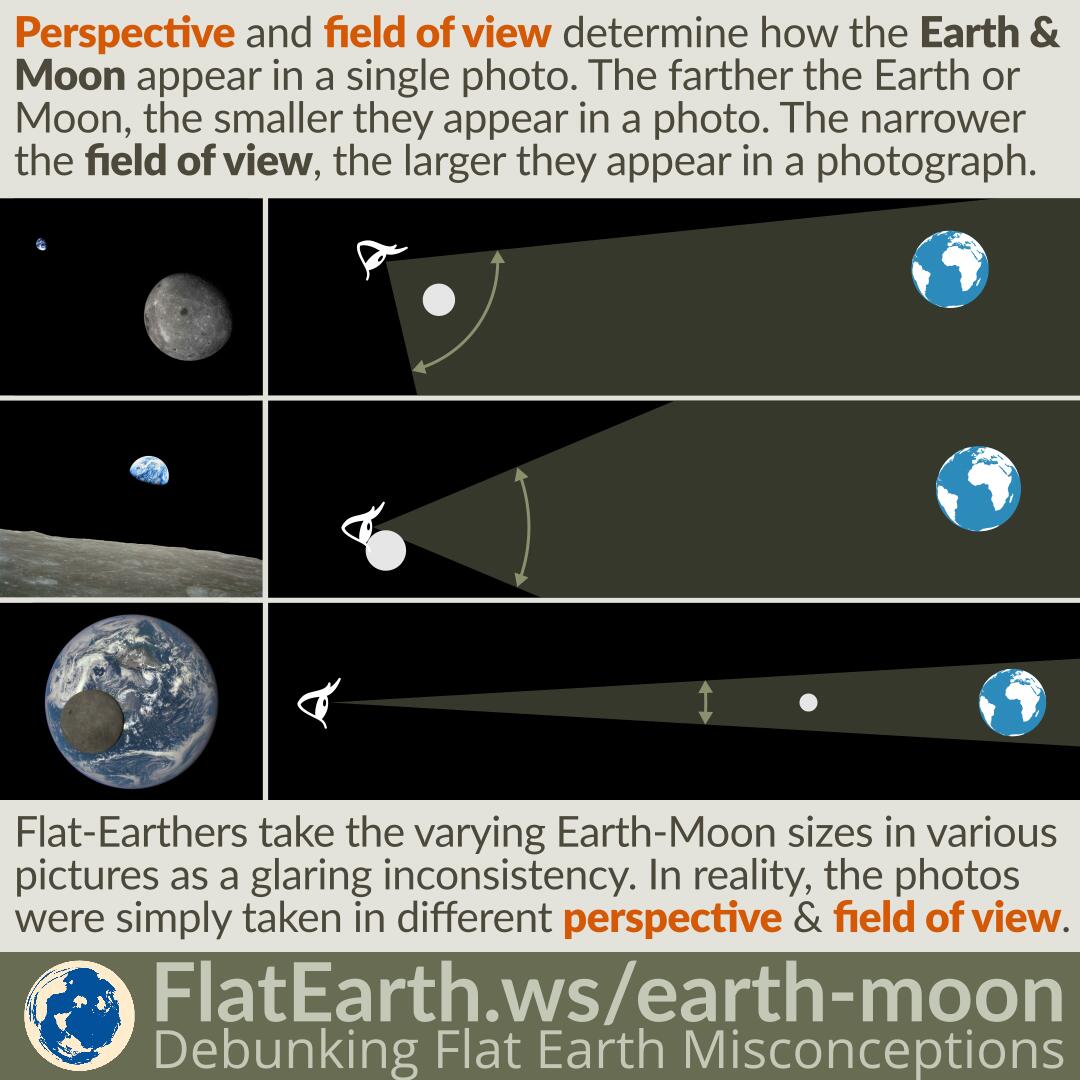 Flat-Earthers take the varying proportions of the Earth & Moon in different pictures as a glaring inconsistency. They are wrong. The pictures were simply taken from a different perspective and field of view.

The first picture in the illustration was taken by the Chang’e 5-T1 mission, from 13000 km above the lunar surface, or about 7.5× lunar radius.

The second picture is the Earthrise, taken from the crew of Apollo 8 from a distance of 110 km from the surface of the Moon. It is a very close distance to the Moon, or 1/16× the radius of the Moon.

The third picture was taken from DSCOVR satellite, about 1500000 km from Earth, or about 235× Earth’s radius, or 4× the distance to the Moon.

The varying size proportions in the resulting pictures can easily be simulated using two balls, separated by a few feets. If a photo is taken very close to one of the balls, using a wide-angle field of view, then the other ball will appear smaller in the picture.

But if the photo is taken far away from both balls, using narrow-angle (with a telephoto lens, or zoomed-in using a zoom lens), then the proportion of both balls that appears in the resulting picture will approach the real proportion of the two balls, just like the picture from DSCOVR satellite above.