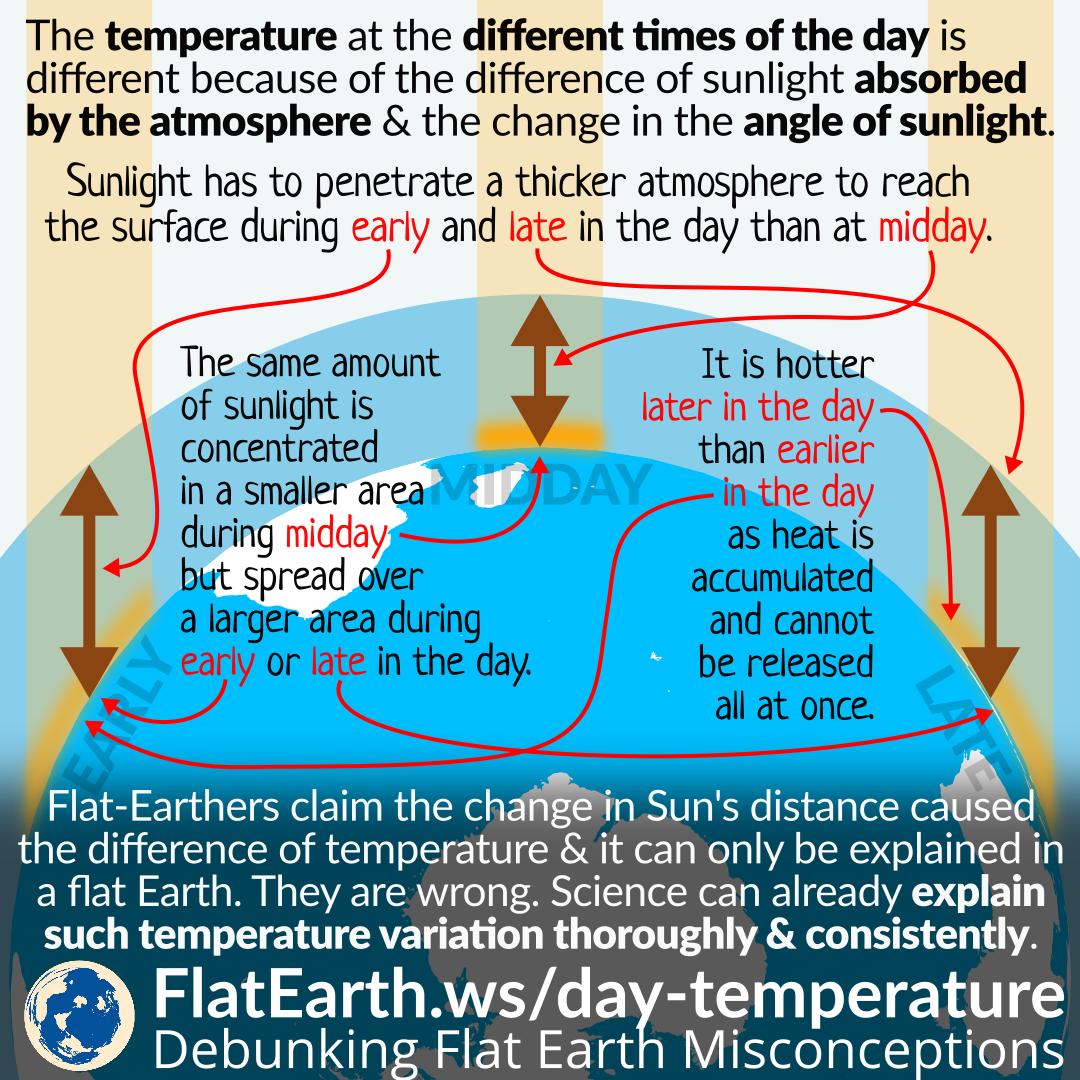 The variation of the temperature at the different times during the day is the result of two primary causes: the difference of the thickness of the atmosphere the sunlight must traverse to reach the surface; and the change of the concentration of sunlight over the same surface area of the Earth.

Flat-Earthers claim that the change in Sun’s distance caused such a difference in temperature and that it can only be explained in a flat Earth. They are wrong.

It is hotter later than earlier in the day because heat is accumulated and cannot be released all at once. In the day, the Earth receives more energy from the Sun than it releases. At night, we don’t get energy from the Sun, but the solar energy we get during the day is retained and will be slowly released throughout the night.