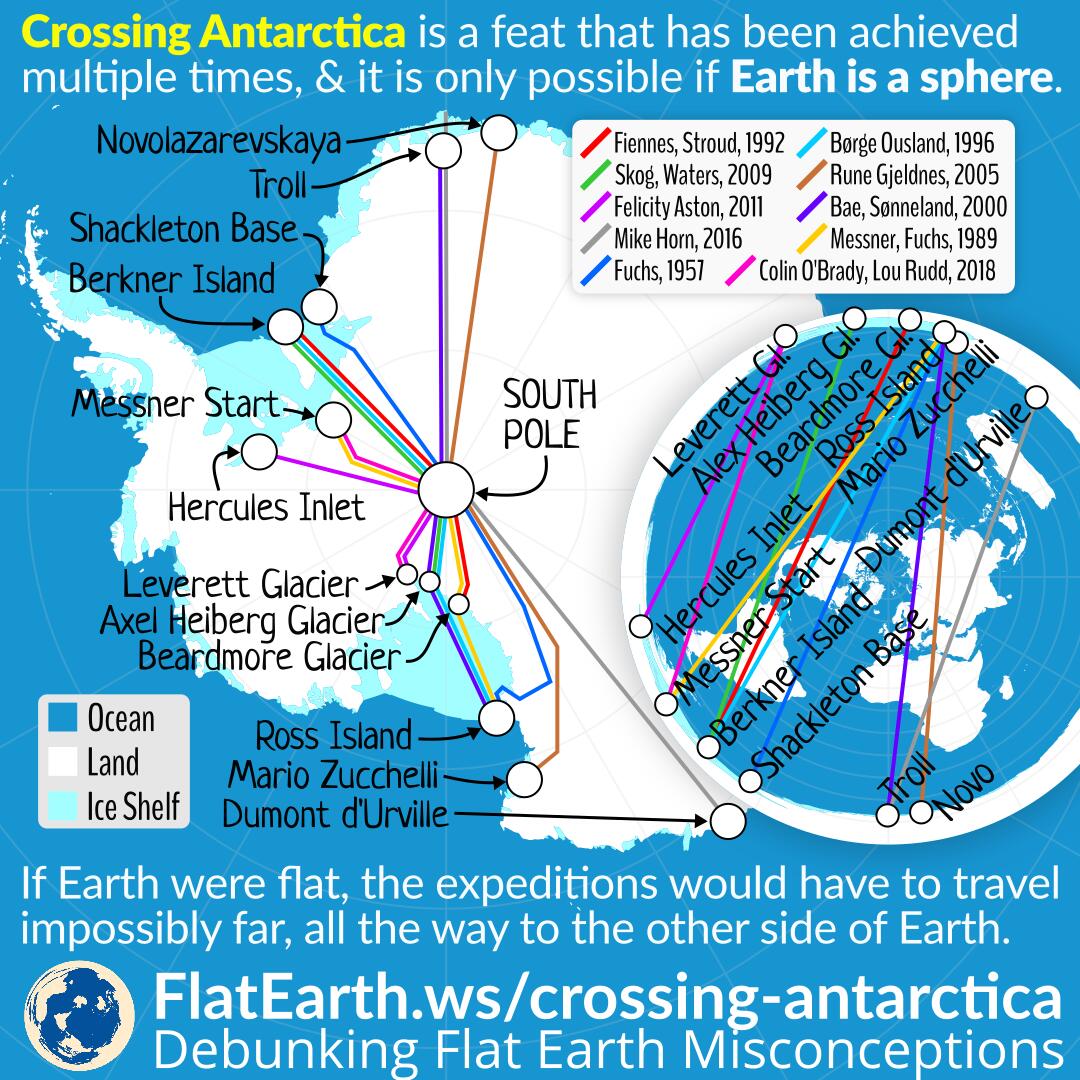 Crossing the continent of Antarctica is a feat that has been achieved multiple times. And it is only possible if Earth is a sphere. If Earth were flat, the expeditions would have to travel impossibly far, all the way to the other side of Earth.

Flat-Earthers claim that no such expedition has been attempted before. They are wrong. Crossing Antarctica has been done numerous times by multiple independent parties and using different methods.

In 2018, Colin O’Brady finished his trans-Antarctic crossing. Due to his well-publicized feat, Flat-Earthers invented a made-up explanation that he merely crossed the Antarctic Peninsula, south of South America. They are incorrect.

O’Brady was widely criticized because his crossing was not coast-to-coast, he skipped the ice shelves entirely, and he used graded roads. However, if the Earth were flat, he still had to travel to the other side of the world. He started at Messner Start at longitude 65°W, went to the South Pole, and finished at the Leverett Glacier at longitude 150°W. On the so-called ‘flat Earth map’, 65°W is south of Argentina, while 150°W is south of the Hawaiian Islands. It was an impossibly far traveling distance.

It is possible for O’Brady and others before him to accomplish their trans-Antarctic crossing because Earth is a sphere, and Antarctica is a continent.