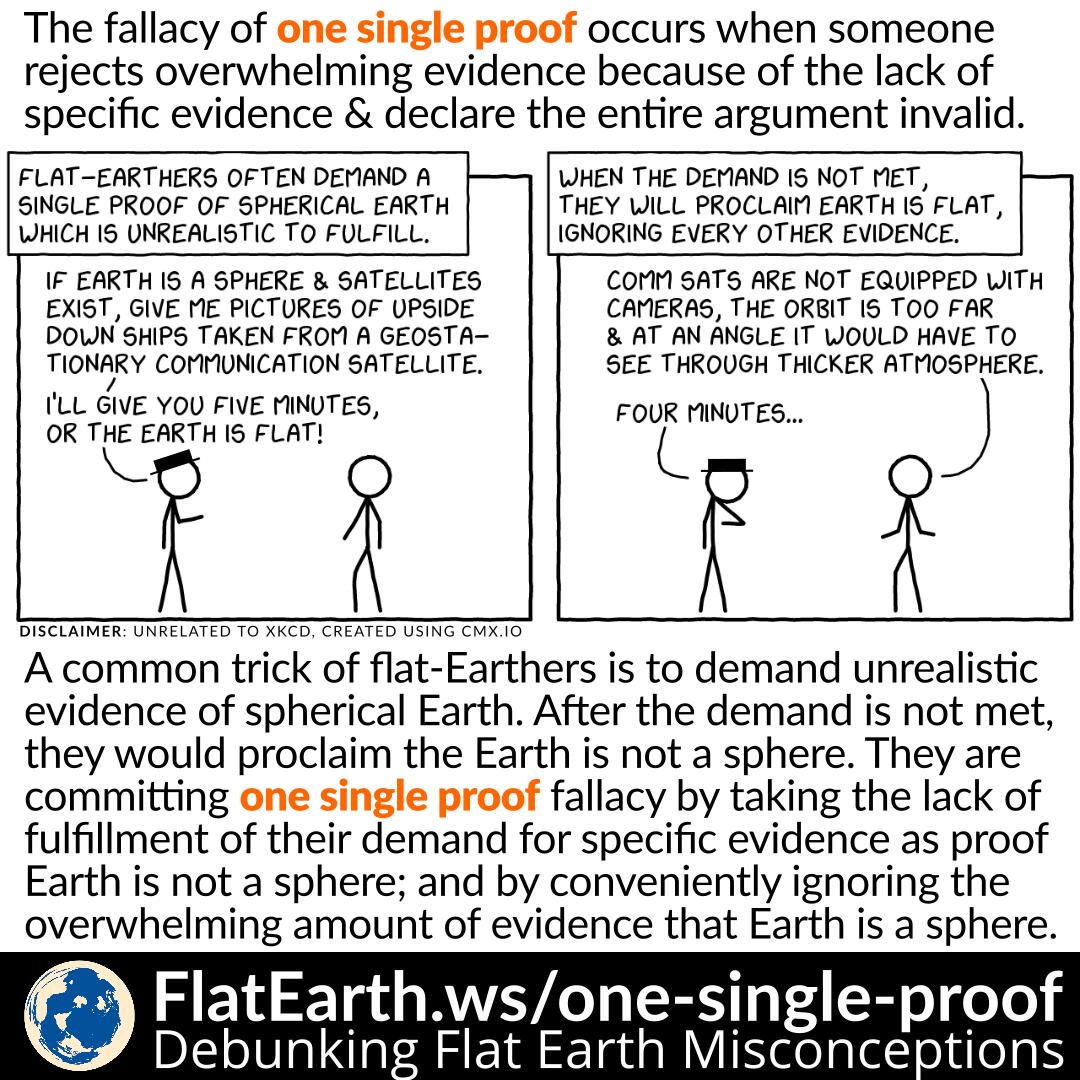 The fallacy of “one single proof” occurs when someone rejects overwhelming evidence because of the lack of specific evidence and declare the entire argument invalid.

In many cases, such fallacious arguments are in the form of: “If X occurs or can be done, then Earth is a sphere.” Then, if the other party cannot demonstrate X, they would proclaim that Earth is not a sphere, ignoring all the other evidence of spherical Earth.

Therefore, “one single proof” can be categorized as the formal fallacy of “denying the antecedent.” If P, then Q; therefore, if not P, then not Q. Arguments of this form are logically invalid.

Usually, the “one single proof” they are demanding is unrealistic or impossible to fulfill. Even if the demands can somehow be met, they would ask for another, harder to obtain,  evidence. In such cases, they would be committing the fallacy of “moving the goalposts.”