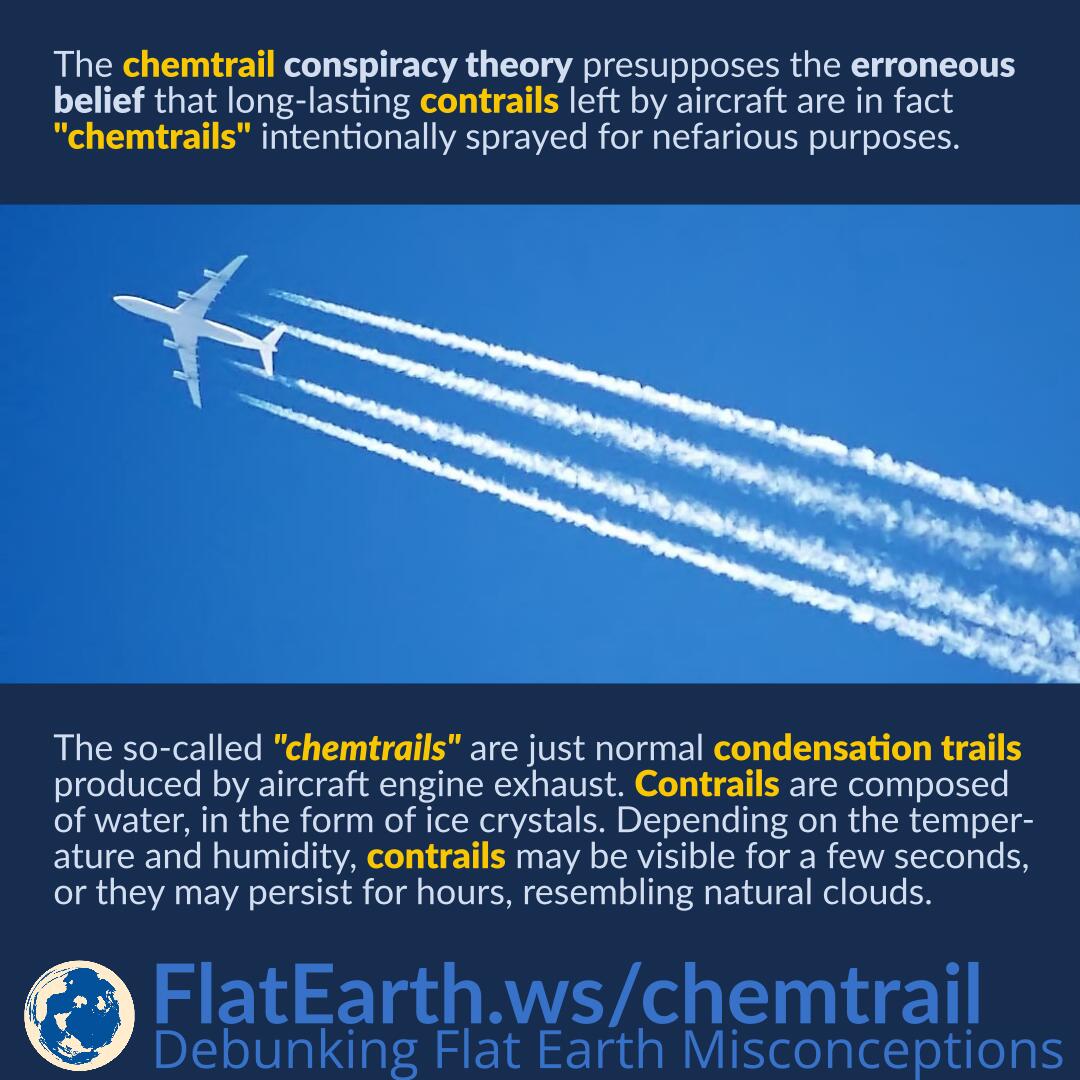 The chemtrail conspiracy theory presupposes the erroneous belief that long-lasting contrails left by aircraft are, in fact, “chemtrails” intentionally sprayed for nefarious purposes.

The so-called “chemtrails” are just normal condensation trails produced by aircraft engine exhaust. Contrails are composed of water in the form of ice crystals. Depending on the temperature and humidity, contrails may be visible for a few seconds, or they may persist for hours, resembling natural clouds.