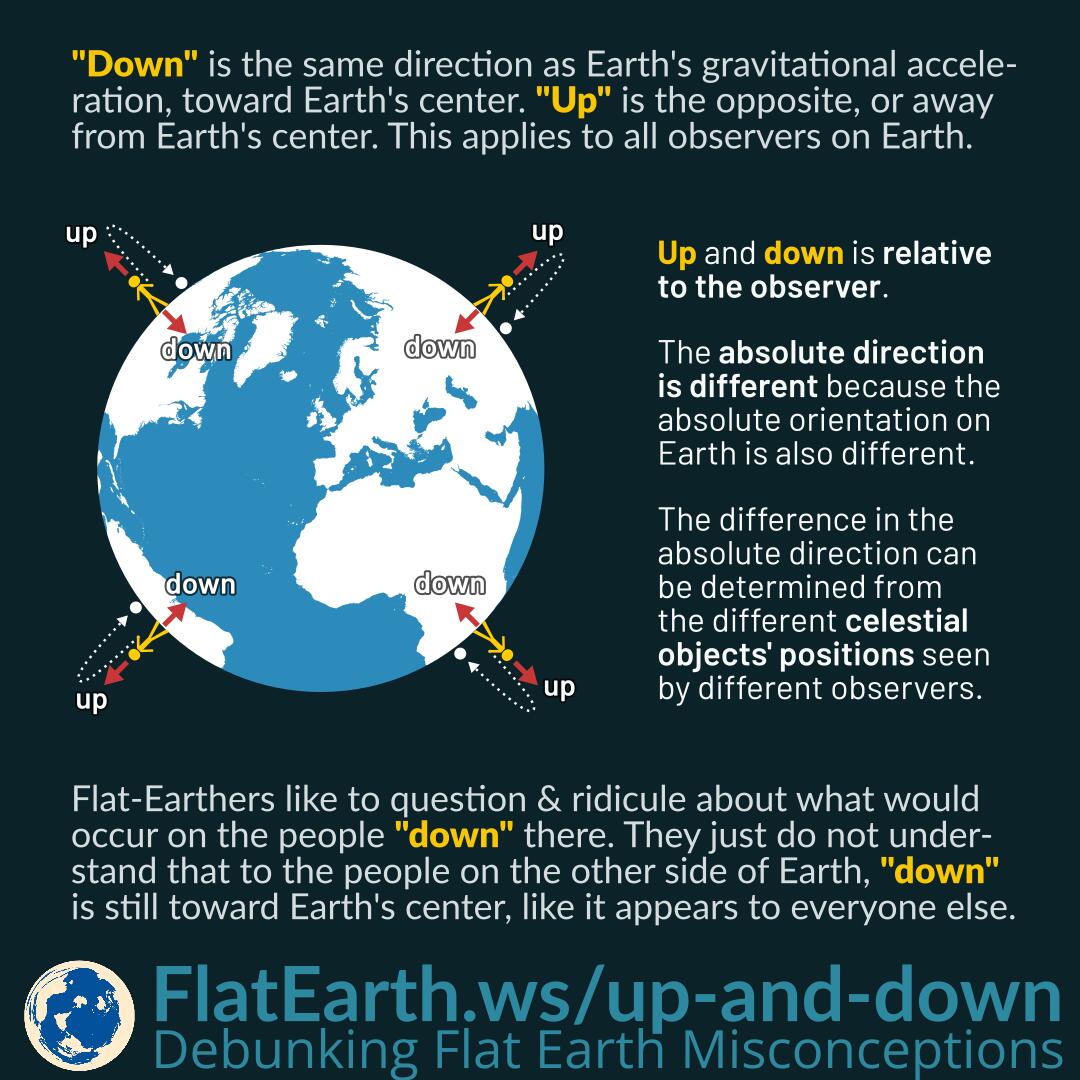 “Down” is the same direction as Earth’s gravitational acceleration, toward Earth’s center. “Up” is the opposite, or away from Earth’s center. This applies to all observers on Earth.

Flat-Earthers like to question & ridicule about what would occur on the people “down” there. They just do not understand that to the people on the other side of Earth, “down” is still toward Earth’s center, like it appears to everyone else.

Flat-Earthers’ ignorance stems from the misconception that down must be toward the same absolute direction everywhere on the Earth. In reality, down is towards the Earth’s center of gravity for everyone on Earth. It is not toward a specific absolute direction.