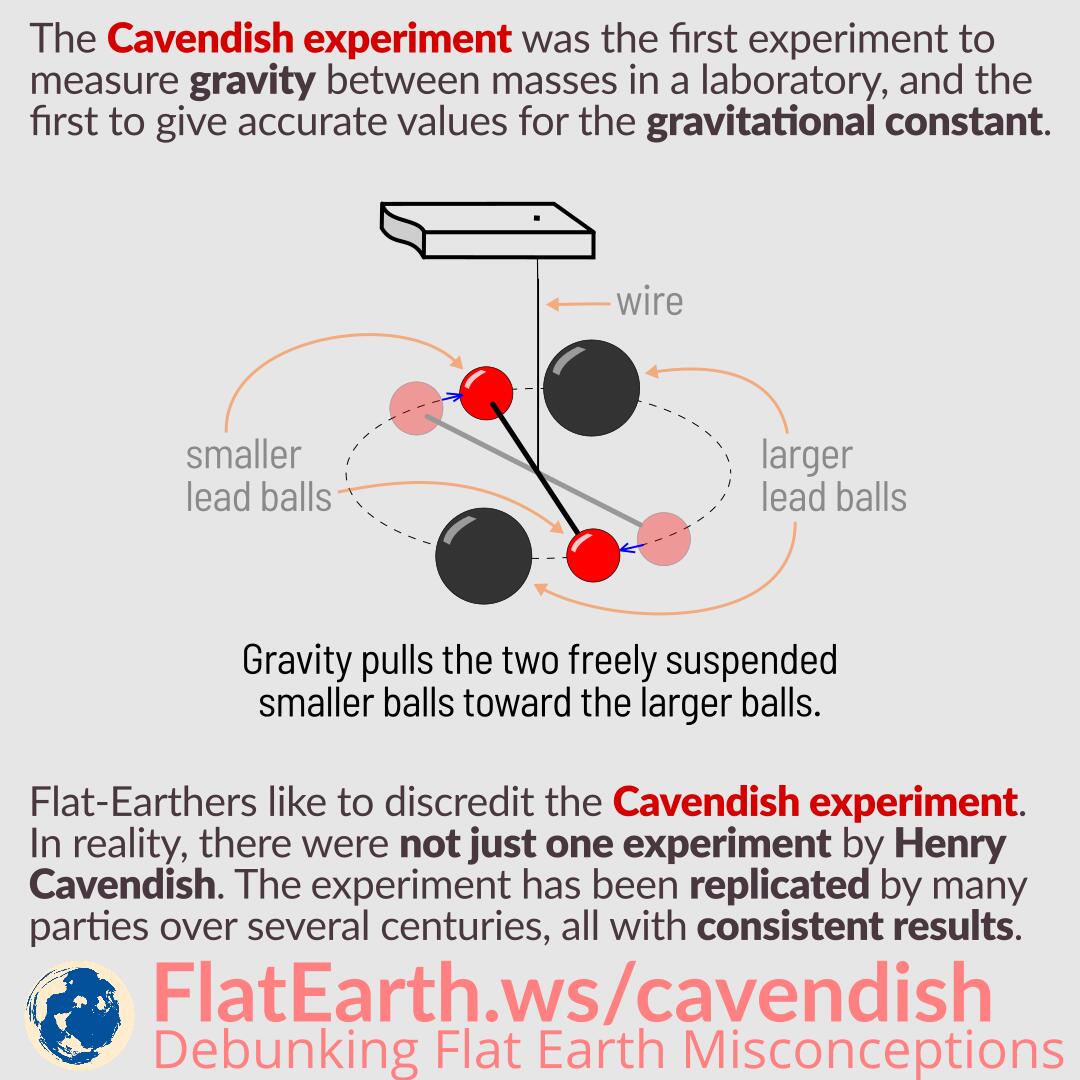 The Cavendish experiment was the first experiment to measure the force of gravity between masses in the laboratory and the first to yield accurate values for the gravitational constant.

Flat-Earthers are in a constant effort to discredit the Cavendish experiment. They would invent various “explanations” to “explain” the result of the experiments. However, the experiment was not only done once by Henry Cavendish in 1797-1798, and has been replicated numerous times by multiple independent parties for centuries, all yielding consistent results.

The Cavendish experiment consists of a wooden rod horizontally suspended from a wire, with two small lead balls attached to each end. Two more massive lead balls were placed near the smaller balls. Gravity would pull the freely suspended rod and small spheres toward the more massive balls.

Videos of the Cavendish Experiment