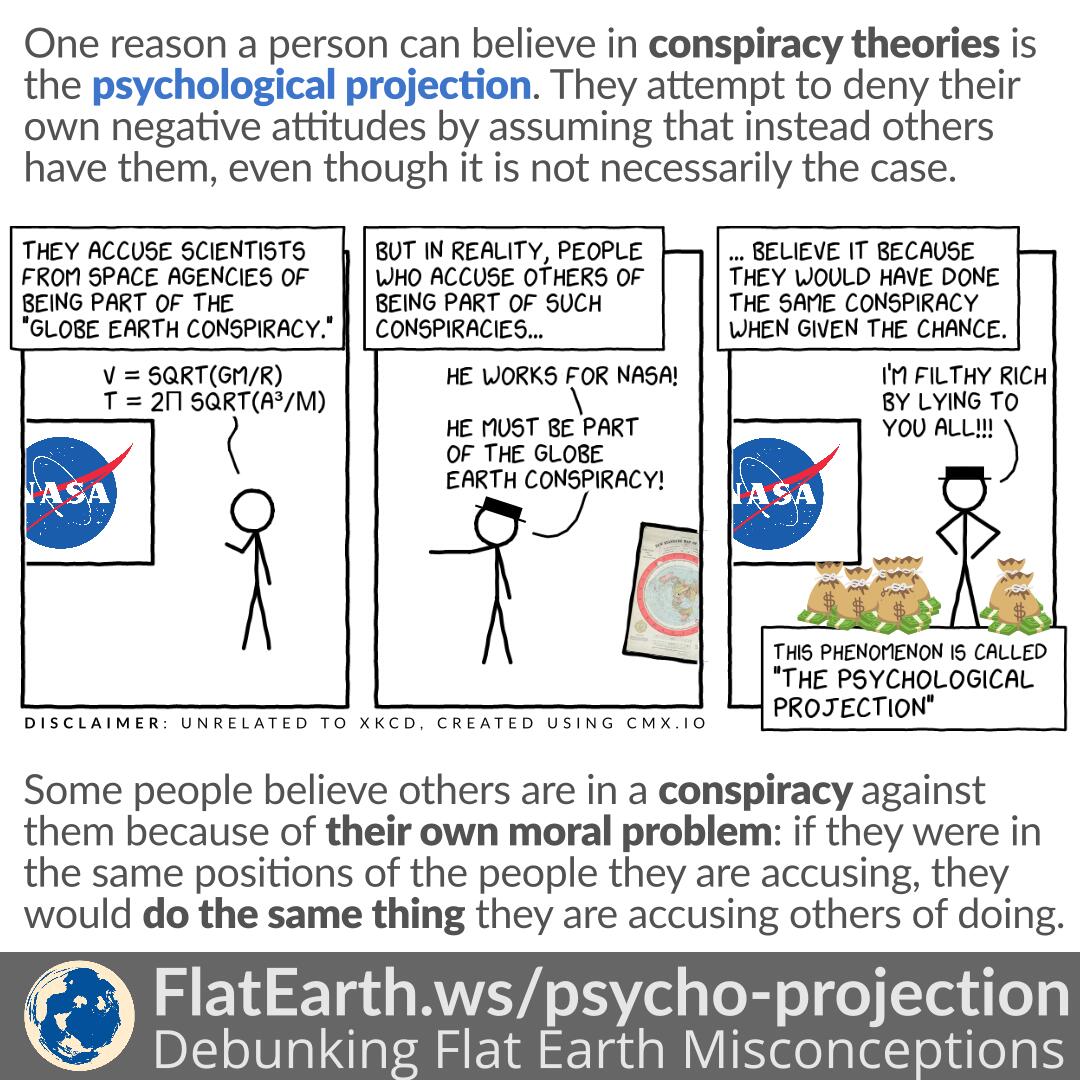 One reason a person can believe in conspiracy theories is the psychological projection. They attempt to deny their negative attitudes by assuming that instead, others have them, even though it is not necessarily the case.

Some people believe others are in a conspiracy against them because of their moral problem: if they were in the same positions of the people they are accusing, they would do the same thing they are accusing others of doing.

In the case of flat Earth, someone can’t believe that the Earth is flat without believing the conspiracy theories. Believing a flat Earth implies they also believe that many others are in the conspiracy of hiding the “fact” that the Earth is flat, which includes scientists, space agencies, pilots, satellite operators, etc. A person can believe in such conspiracy theories because of the psychological projection. If they were in the same position as the others they are accusing, they would do the same thing they are accusing, whenever possible.

There are many other conspiracy theories. However, flat Earth has a unique characteristic that others don’t have: we can easily prove the Earth is not flat from simple observations that we do ourselves. Other conspiracy theories rely on inductive reasoning, which involves information from third parties, where it is impossible to conclude deductively. By observing the behavior exhibited by these flat-Earthers, we can apply this knowledge to other cases. And identify if the other cases have a reasonable probability of being baseless conspiracy theories, too.