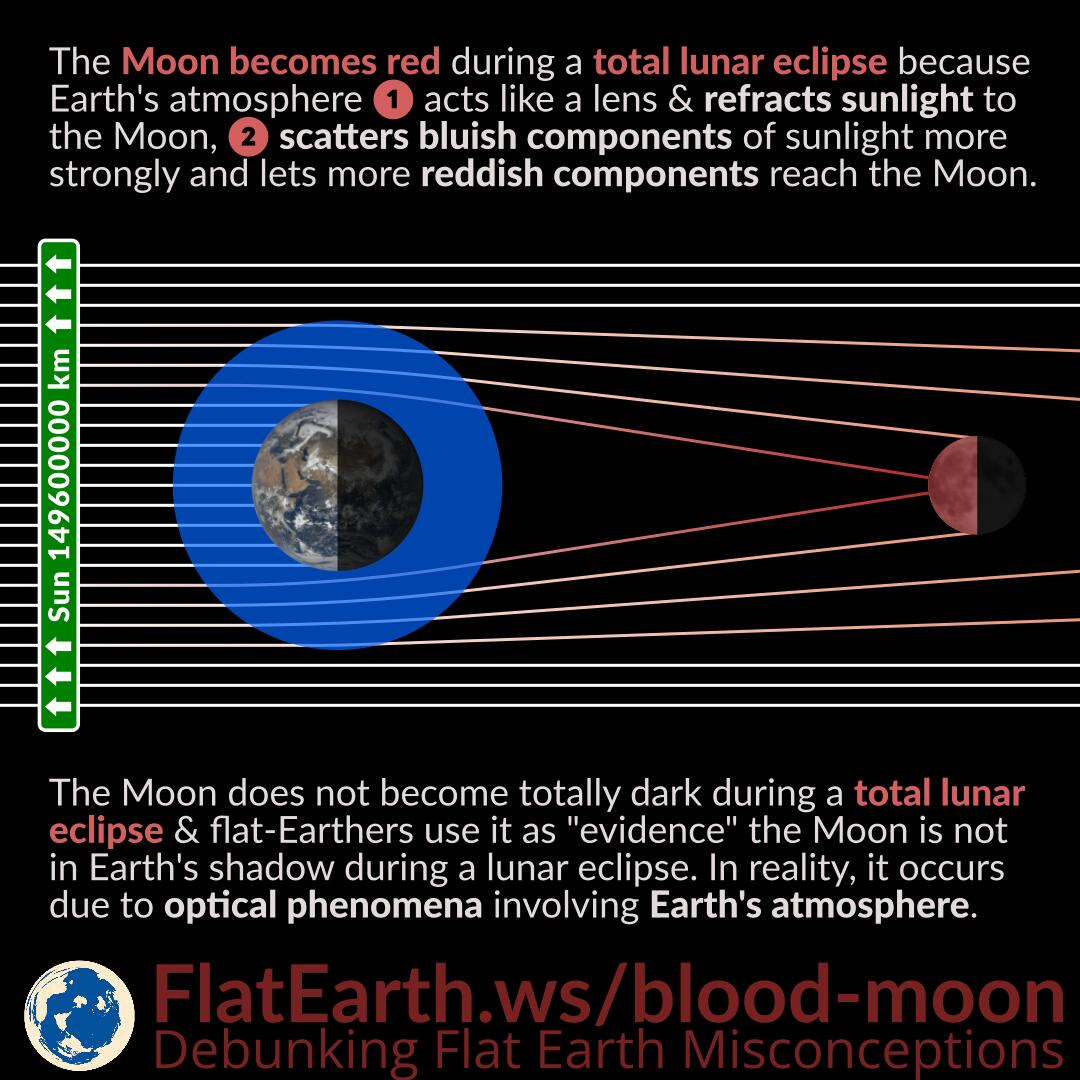 The Moon becomes red during a total lunar eclipse because Earth’s atmosphere acts like a lens and refracts sunlight toward the Moon. It also scatters bluish components of sunlight more strongly and lets more reddish components reach the Moon.

The Moon does not become totally dark during a total lunar eclipse, and flat-Earthers use it as “evidence” the Moon is not in Earth’s shadow during a lunar eclipse. In reality, it occurs due to optical phenomena involving Earth’s atmosphere.

Sunlight is composed of different colors. These colors can be separated by refraction through a prism, or in rainbows, for example. When sunlight enters Earth’s atmosphere, it is affected by Rayleigh scattering.  The colors near the blue end of the spectrum are scattered more strongly than colors towards the red end of the spectrum. It is why the reddish part of sunlight dominates the light that reaches the surface of the Moon. The blue components are “left behind” on Earth’s atmosphere as the glowing blue color of our sky.

The same phenomenon also causes the red-orange color when the Sun is low in the sky during sunrise and sunset.