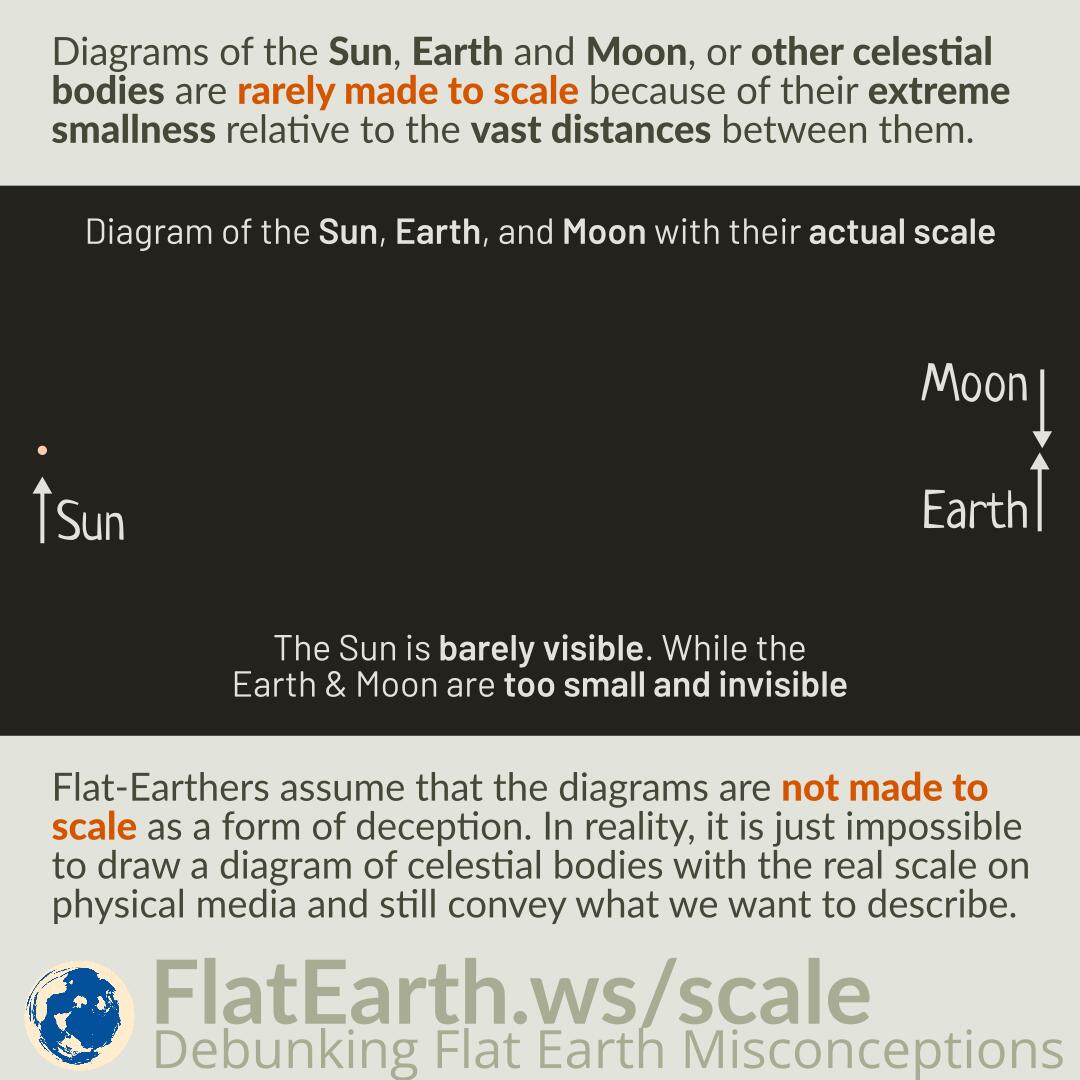 Diagrams of the Sun, Earth, and the Moon or any other celestial bodies are rarely made to scale because of their extreme smallness relative to the vast distances between them.

Flat-Earthers assume that the diagrams are not made to scale as a form of deception. In reality, it is just impossible to draw a diagram of celestial bodies with the real scale on physical media and still convey what we want to describe.

If we want to draw the Sun-Earth-Moon system on a piece of A4 paper, using the real scale, then these are the scaled down sizes and distances:

If we were to draw those objects using the correct scale on an A4 paper, then the size of Earth and the Moon will be smaller than the full-stop character we use to end a sentence. If the intention is to describe the Sun-Earth-Moon system, then using the real scale will never convey what we are trying to describe.

However, it is not impossible to see them in the actual scale using an interactive application. For example, sky simulation apps, like Stellarium, can show us the ‘birds-eye view’ of the solar system, and we can observe Solar System objects using the actual scale.