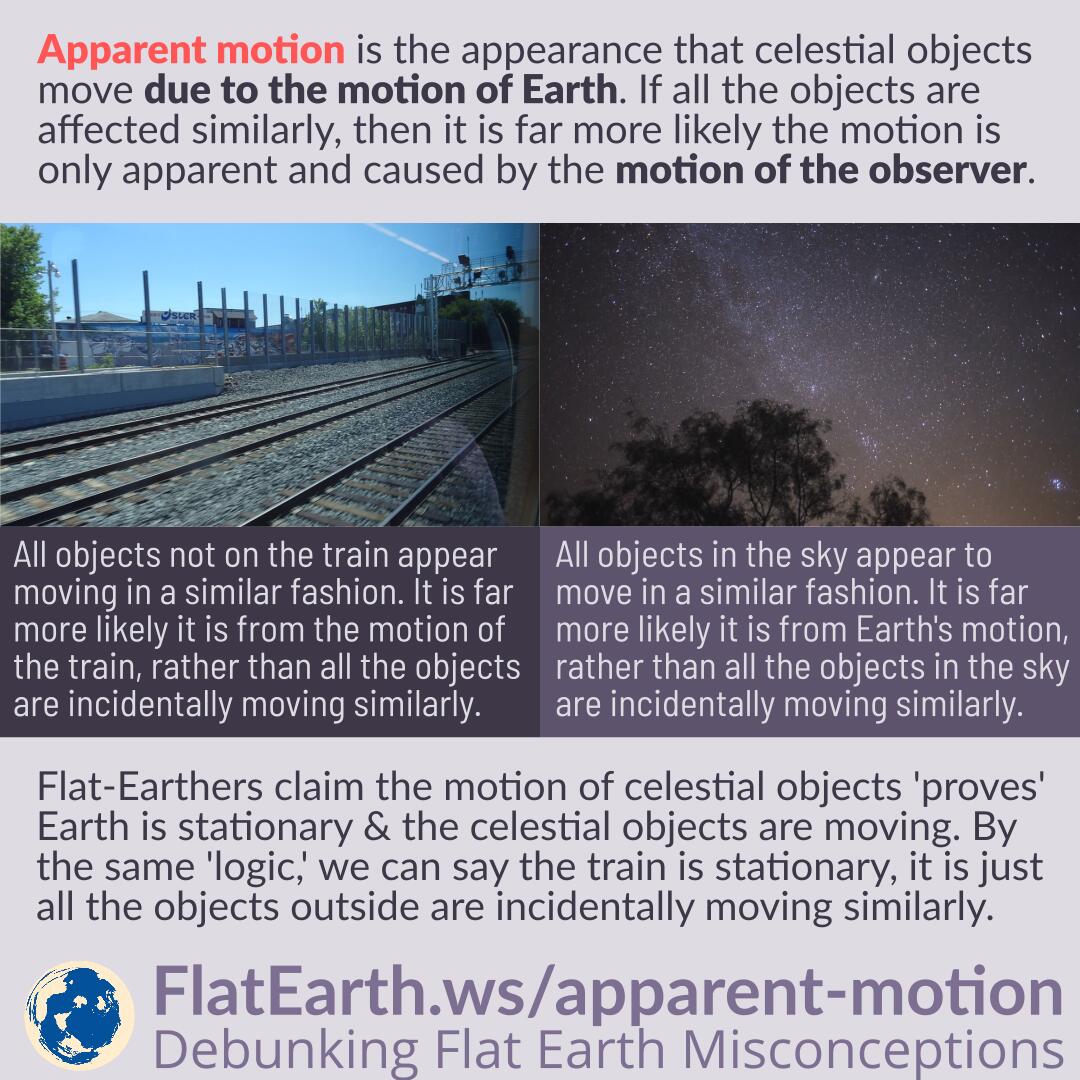 Flat-Earthers would say that we know the train is moving from different observations, like that we can feel the train is accelerating. However, the same thing can also be said for the motion of Earth. While the movement of celestial objects is only indirect evidence we can infer from, we can directly know the Earth is rotating from the Coriolis effect, the Eötvös effect, and gyroscopic precession. And we can directly know Earth is in motion around the Sun from observations like stellar parallax, stellar aberration, and the Doppler effect.