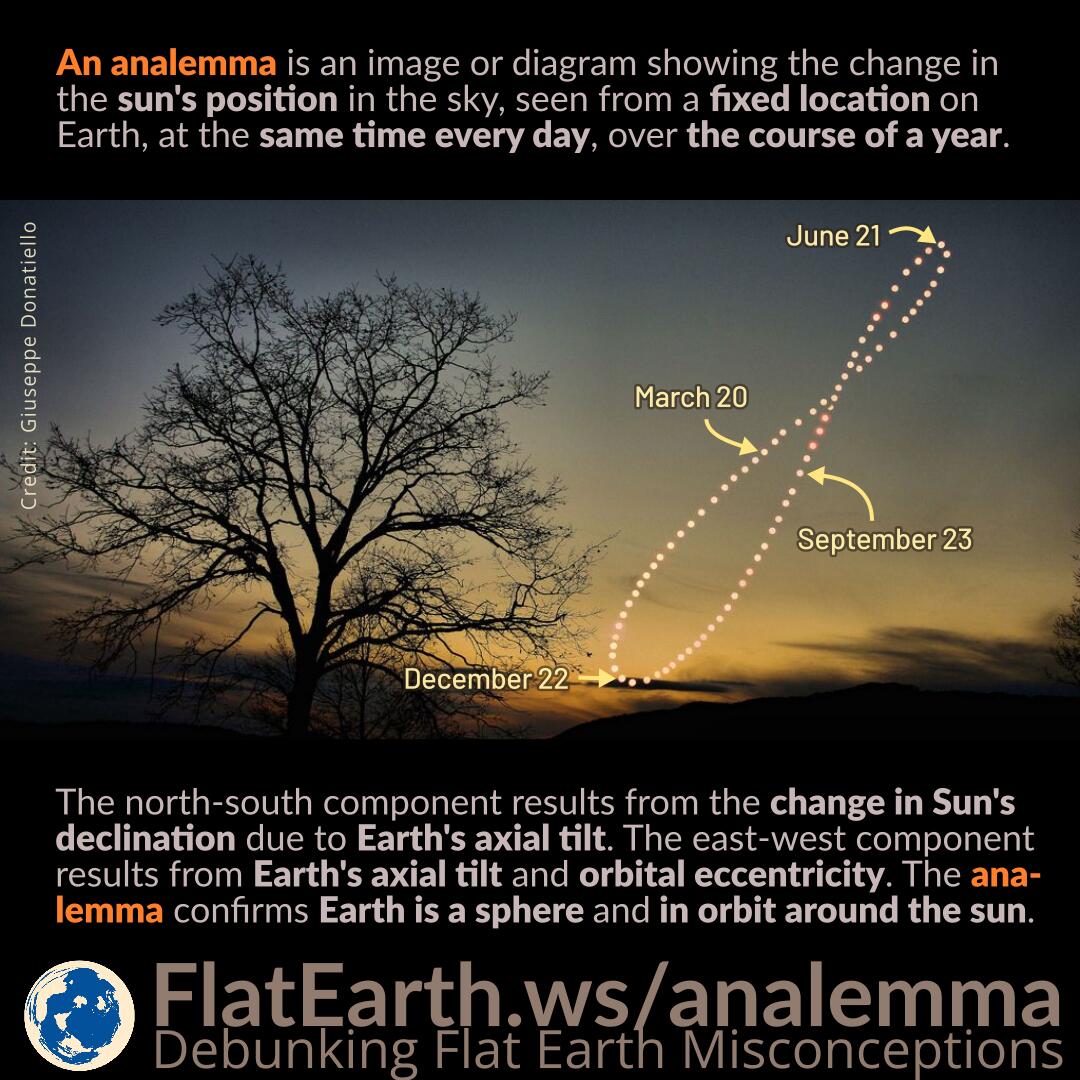 An analemma is an image or diagram showing the change in the position of the Sun in the sky, seen from a fixed location on Earth, at the same time every day, over the course of a year.

To take a photograph of an analemma, one must keep a camera at a fixed location, pointing to the fixed orientation throughout the year, then take multiple exposures every few days, at the same time every day, disregarding daylight saving time.

The analemma is consistent with the fact that the Earth is a rotating sphere with a tilted axis rotation and is in motion around the Sun, with an eccentric orbit.