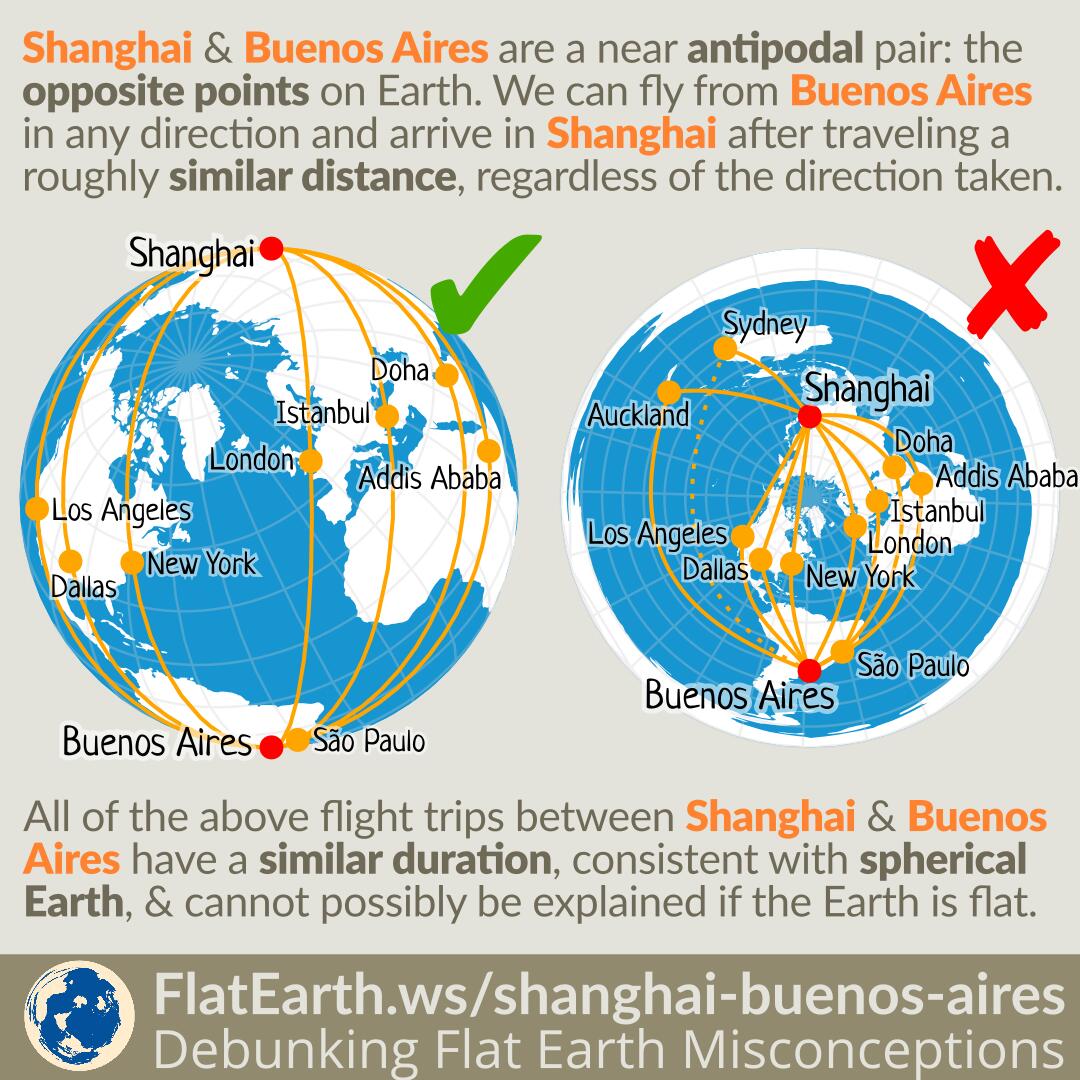 Shanghai, China and Buenos Aires, Argentina are a near antipodal pair. Both are located at the diametrically opposite points to each other on Earth’s surface. Therefore, we can fly from Buenos Aires in any direction and arrive in Shanghai after traveling a roughly similar distance, regardless of the course taken.

As an example, on a flat Earth, the flight trip Shanghai–New York–Buenos Aires is almost a straight route between the two locations. Meanwhile, Shanghai–Auckland–Buenos Aires involves a massive detour, and it should take much longer than the aforementioned straight route. However, contrary to what is expected in the flat Earth model, both routes have a similar flight duration. Indeed, the Auckland route saves us about two hours compared to the New York route.

These flight durations were from Google Flights in October 2019.

The Sydney–Buenos Aires route is no longer operational. The flight duration is taken from FlightAware data of flight ARG1180.