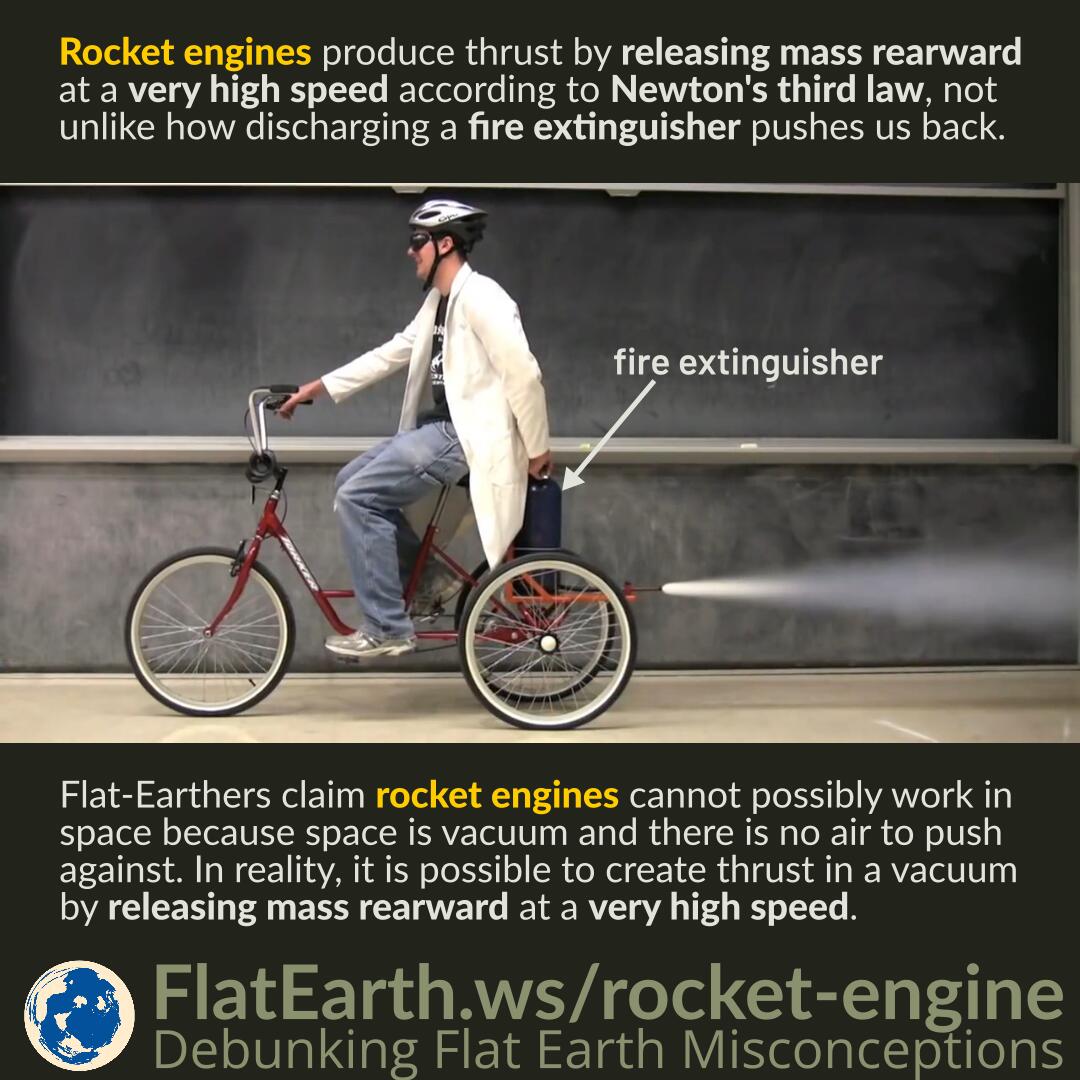 Rocket engines produce thrust by releasing mass rearward at a very high speed according to Newton’s third law, not unlike how discharging a fire extinguisher pushes us backward.

Flat-Earthers claim that rocket engines cannot possibly work in space because space if vacuum and there is no air to push against. In reality, it is possible to produce thrust in a vacuum by releasing mass —that we call “propellants”— rearward at a very high speed.

We don’t live in a vacuum, and it is not easy to create a vacuum environment for experiments. However, we can use many everyday things to demonstrate Newton’s third law:

These things are some examples of Newton’s third law, which forms the basis of how a rocket engine works. Even if the demonstrations are done in a non-vacuum environment, it is clear that air does not cause motion in these cases.