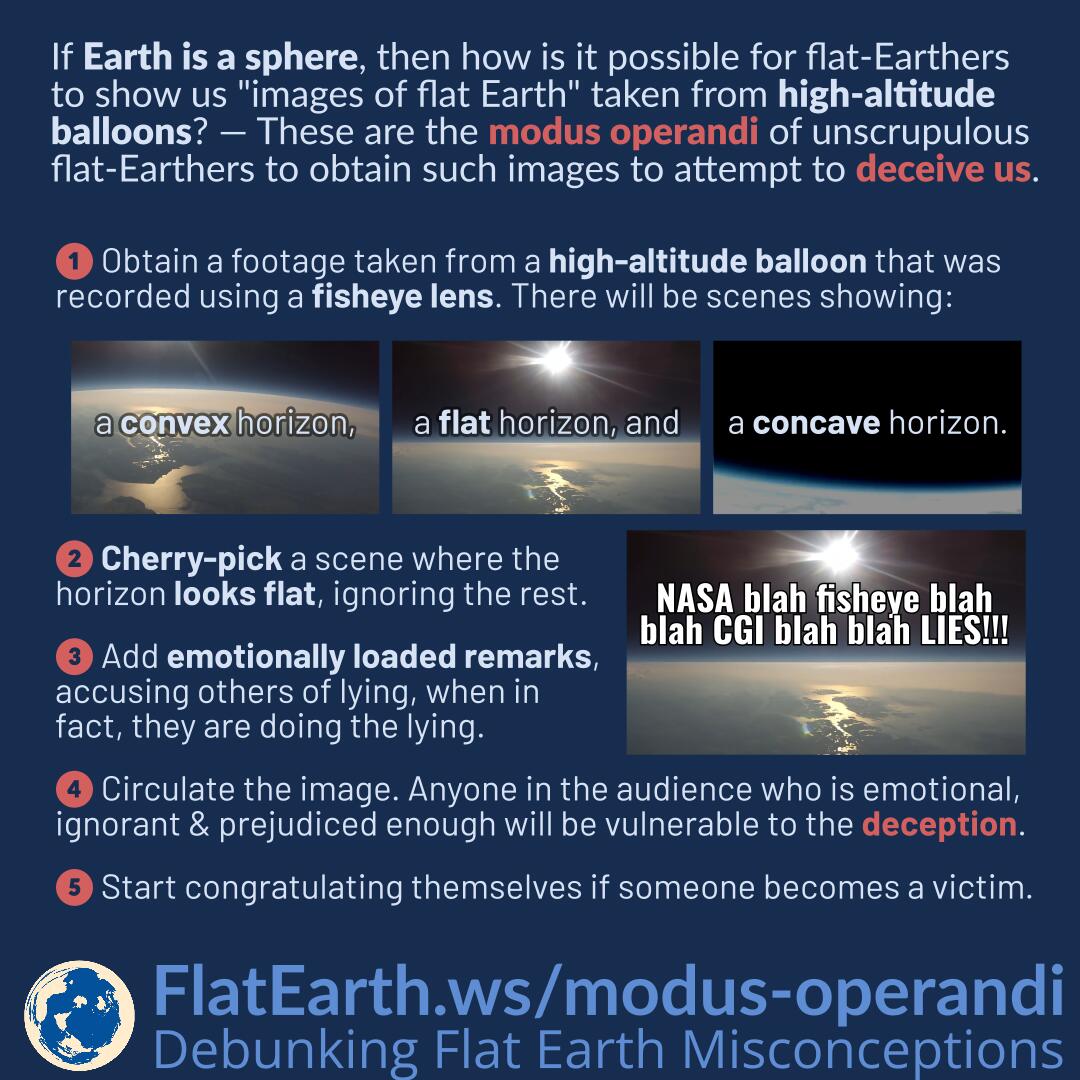 If Earth is a sphere, how is it possible for flat-Earthers to show us “images of flat Earth” taken from high-altitude balloons? These are the modus operandi of unscrupulous flat-Earthers to obtain such images in an attempt to deceive us.

If successful, these new victims would help you circulate the memes and not bother to search for the original footage to confirm the facts.

Even if someone pointed out the original video to them, it could backfire. The victims will be too ashamed and will not admit their mistakes readily. They will invent “explanations” on the spot to justify their part in circulating the false information; or switch to a different topic, pretending they never saw the original video.

To the person first to circulate the image, it is impossible not to notice the scenes where the horizon appears concave and convex. Therefore, it cannot be an honest mistake, and there is no explanation other than it was a deliberate attempt on deception.

The original video used in the illustration