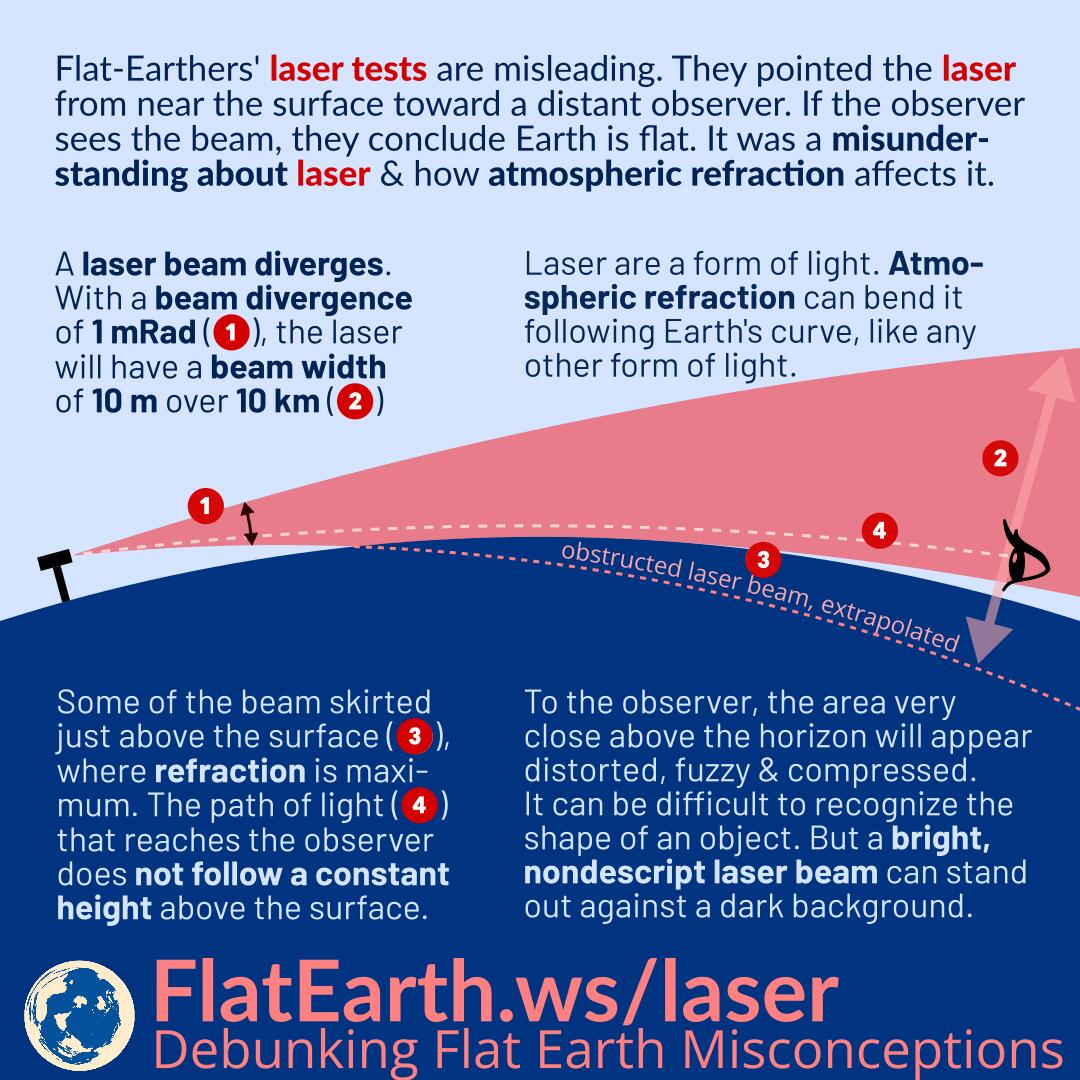 Flat-Earthers’ laser tests are misleading. They pointed the laser from near the surface toward a distant observer. If the observer sees the beam, they conclude Earth is flat. It was a misunderstanding about laser & how atmospheric refraction affects it.

A laser beam diverges and will not stay focused forever. With a beam divergence of 1 mRad, the laser will have a beam width of 10 m over 10 km. It means the observer at 10 km away in the middle of the beam can change their height by 5 m and still be able to see the direct laser beam.

To the observer, the area very close above the horizon will appear distorted, fuzzy & compressed. It can be difficult to recognize the shape of an object. But a bright, nondescript laser beam can stand out against a dark background.

Therefore, just because a laser beam is visible over a considerable distance, it does not mean Earth is flat. The aforementioned characteristics of laser beams and Earth’s atmosphere cause the beam to be visible.