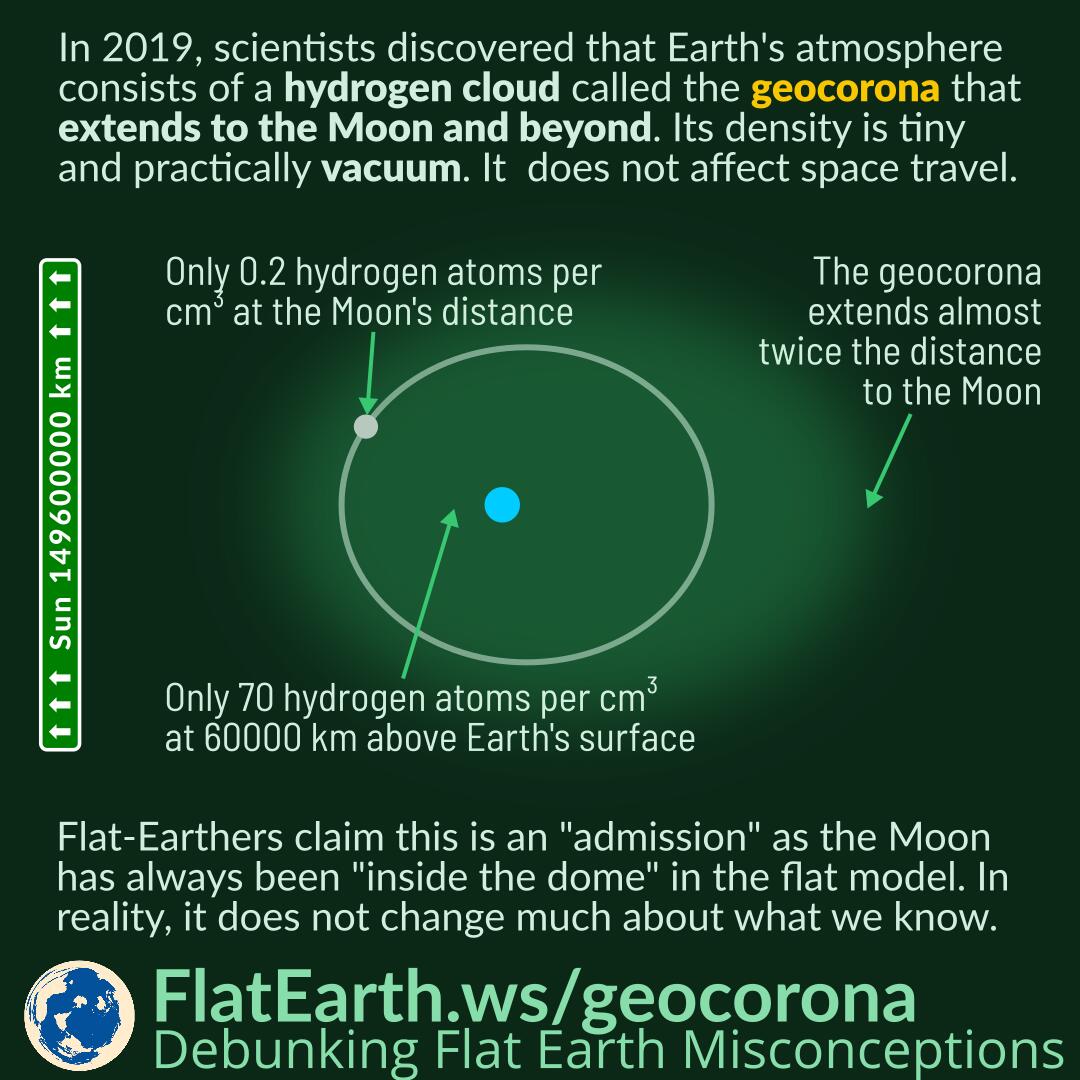 In 2019, scientists discovered that Earth’s atmosphere consists of a hydrogen cloud called the geocorona that extends to the Moon and beyond. Its density is minuscule, practically vacuum, and does not affect space travel.

Flat-Earthers claim this is an “admission” as the Moon has always been “inside the dome” in their flat Earth model. In reality, the discovery does not change much about what we already know.

The discovery does not hinder space travel as it does not change much about what we know. It also does not support space travel as the amount of hydrogen is too small to be used as an energy source, propellant, or life support.